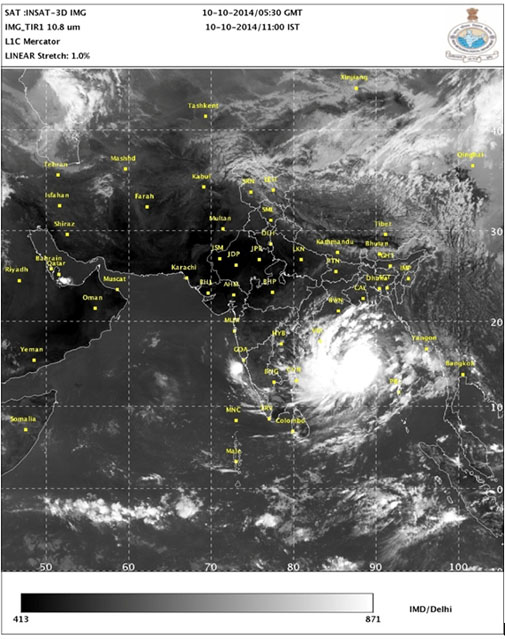 The death toll in Hudhud-related incidents in the three northern Andhra districts of Visakhapatnam, Vizianagaram and Srikakulam rose to 35 on Wednesday, four days after the cyclone made landfall.

The total number of people affected by Cyclone Hudhud is estimated at 248,004, including 60,000 families across 320 villages in Visakhapatnam, Vizianagaram, Srikakulam and East Godavari districts

Crops planted over 144,174 hectares have been damaged and the expected production loss is 230,206 tonnes.

Power has not been restored yet