Wildfires will be more frequent, larger and intense due to climate change: UNEP 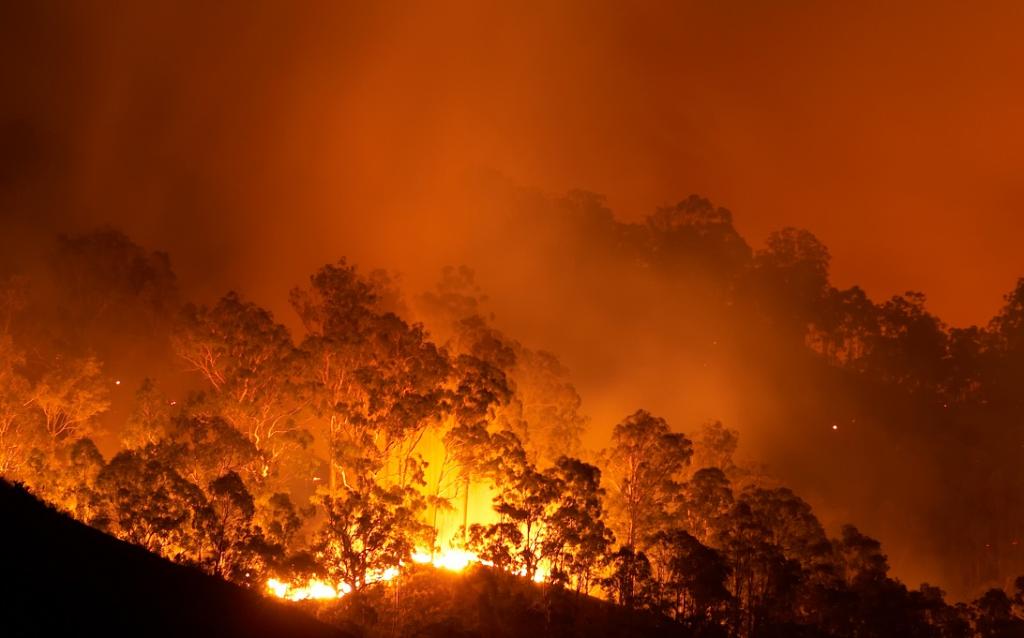 Wildfires are predicted to worsen in the coming years and decades, the United Nations Environment Programme (UNEP) has warned in its annual Frontiers report released February 17, 2022.

Wildfires are a natural phenomenon, but are becoming more dangerous and affecting larger areas. The UN report has attributed this to climate change and human activities.

“The trends towards more dangerous fire-weather conditions are likely to increase due to rising concentrations of atmospheric greenhouse gases and the attendant escalation of wildfire risk factors,” Inger Andersen, executive director, UNEP, said in her foreword.

Such extreme events are disastrous for human health and the environment, the report warned. The document has been released 10 days ahead of the UN Environment Assembly.

There has been a rapid expansion of cities towards forest areas in many regions in recent decades. This wild land-urban interface is the area where wildfire risks are most pronounced, the report said, citing rising fires in California, United States.

The burned area and average size of wildfires in California have increased in the last few decades.

Thirteen of California’s 20 most destructive wildfires have occurred in the past five years. They collectively destroyed 40,000 homes, businesses and pieces of infrastructure, according to the National Aeronautics and Space Administration in September 2021.

The increasing incidence of wildfires in California over the past 60 years. Credit: Frontiers Report 2022, UNEP

Wildfires seldom spread to humid tropical forests in the past. But these forests are now more vulnerable due to deforestation and forest fragmentation.

Wildfires have also become more common in the Savannah ecosystem.

Savannah or the mixed woodland-grassland ecosystem accounted for 77 per cent of the total 13 million individual fires (lasting for 4-5 days) which occurred globally between 2003 and 2016.  This has affected over one-fourth of species in the Savannah ecosystem.

Between 2002 and 2016, an average of about 423 million hectares or 4.23 million square km of the earth’s land surface was burnt every year. This is equivalent to an area around size of the entire European Union.

In fact, 67 per cent of the annual global area burned by all types of fires, including wildfires, was on the African continent, according to estimates in the UNEP report.

In 2021 too, Africa was the most affected region due to wildfires, the UNEP report said, citing NASA 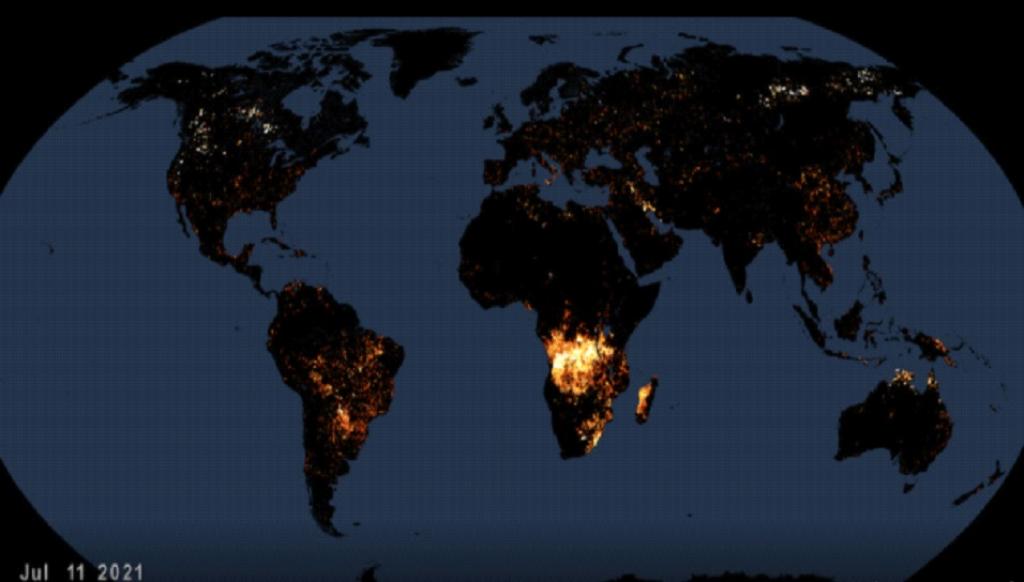 Wildfires in Africa in 2021. Credit: NASA

With rising forest fires, the world is very likely to see more frequent incidences of lightning

Lightning strikes are projected to increase in frequency in some parts of the world as the climate changes. Lightning ignition is the predominant driver of massive wildfires in the boreal forests of North America and northern Siberia, the report pointed out.

Fire-induced thunderstorms are a new danger posed by rising wildfires.

In recent decades, such thunderstorms have been reported very frequently in Australia, Europe and North America

These thunderstorms contribute to more dangerous conditions for fires on the ground. With changing climate, the frequency of lightning strikes is projected to increase, according to the UNEP.

Lightning from these storms will also lead to additional blazes in far-away locations.

Wildfires are also responsible for air pollution. There is a link between impact of wildfire-related pollution and human deaths, according to a global study published in September 2021.

So, wildfire prevention, response and management calls for improved planning and policies coupled with practices. It is important to enhance fire-fighting capabilities and strengthen community resilience-building programmes, the report said.

A preventive approach, rather than reactive approach by engaging vulnerable groups, will help adapt to the wildfires, it said.

The report also recommended the following to improve monitoring and management of wildfires:

Wildfires are one of three most important environmental issues to have emerged due to climate change, according to the report. The other two are noise pollution and shift in biological life cycles of plants and animals.