As Haiti struggles to recover from the quake that battered it on January 12, biotech giant Monsanto has offered it 475 tonnes of hybrid corn and vegetable seeds, worth US $4 million.

The aid has sparked anger among Haitian farmers who staged a national demonstration and threatened to burn the hybrid seeds. Farmers groups said the seeds require highly toxic fungicides such as thiram, which has been banned in countries like the US for its harmful effect on farmers. Non-profit Peasant Movement of Papay said the seeds will affect the Caribbean nation’s native varieties and sustainable farming practices. Monsanto had earlier offered genetically modified (GM) seeds but the government refused it because it does not have a GM policy. 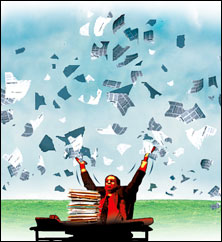 Papua New Guinea’s government has amended its environmental laws, making it harder to prosecute mining companies if they damage the environment. The amendment gives the government wide-ranging powers to grant environmental permits to projects and removes the rights of landowners, including those with customary land rights, to challenge its decisions in court or seek compensation for environmental damages. The government said the new law is in the national interest. The opposition said the amendments are meant to protect the interests of investors at the expense of the country’s rich biodiversity and people. The Pacific island nation has six million people, comprising hundreds of ethnic communities, who own 97 per cent of the land. Disputes concerning resource rights between indigenous communities and the government and corporate entities are common in the country.

Three women in Namibia sued the government for sterilizing them without their informed consent after they were diagnosed HIV-positive. The rights group representing the women said it has documented 15 cases of such forced sterilization in Namibian hospitals from 2008. Supporters of the women are staging sit-in protests at the two government hospitals responsible for the sterilization. The UN estimates more than 200,000 Namibians, about a-fifth of the population in one of the world’s most sparsely populated nations, are infected with HIV. Sterilization is a drastic measure, as mother-to-child transmission of HIV/AIDS can be prevented through medication.

Indonesia pledged not to issue licenses for logging in natural forests and peatlands in the next two years under a billion dollar climate deal with Norway. The move would encourage development of new plantations, such as palm oil estates, on degraded land rather than forests and peatlands, the government said. Part of the fund will be spent on projects under the UN-backed Reduced Emissions from Deforestation and Degradation scheme, which allows developing countries to earn money by conserving forests. Jakarta has, however, made it clear it would not revoke existing concessions. This means, by the time the deal is in force in 2011 large tracts of forests would have been decimated. More than 80 per cent of Indonesia’s emissions result from deforestation and degradation of peatlands. Jakarta aims to cut its emissions 41 per cent from business-as-usual levels by 2020.

The world’s largest food company Nestle stands accused of biopiracy. It has applied for patents in Switzerland to use two plants endemic to South Africa. Swiss non-profit Berne Declaration and South African environmental group Natural Justice have said that Nestle did not seek the required permit from the government for using the country’s genetic resources. It also flouts the international legally-binding treaty, Convention on Biological Diversity, that mandates the patentee must share benefits arising from genetic resources. The plants, rooibos and honeybush, are used to make herbal teas and several medicines in South Africa. Nestec, a subsidiary of Nestle, filed four international patent applications for using the plant extracts to treat skin problems such as wrinkles and hair loss. A fifth application sought protection for rooibos as anti-inflammatory. Nestle owns over a quarter of L’Oreal, the world’s largest cosmetics firm. Nestle refuted allegations.

Australia has sued its major trading partner Japan in the International Court of Justice in an effort to halt its whaling expeditions in the seas off Antarctica. Australia’s action comes after years of diplomatic efforts to end the hunt of hundreds of whales every year failed. Though International Whaling Commission (IWC) bans commercial whaling, Japan gets around it by contending that it harpoons for scientific research. The lawsuit comes ahead of the IWC annual meeting, which would discuss a proposal to end the dispute between pro- and anti-whaling countries. The plan would allow pro-whaling countries to whale if they reduce their catch significantly over 10 years. 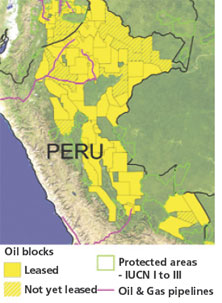 In the last fortnight of May the Peruvian government made two announcements on the Amazon rainforest. One, it abandoned oil exploration plans in an area inhabited by uncontacted tribal people following activists’ demand. Two, it allotted 10 million hectares of the remote Amazon for exploration and drilling. The decision appalled environmental groups who said with the new allotments, 75 per cent of the Peruvian Amazon is now open to oil companies. Many of the concessions infringe on protected areas and customary lands of indigenous people. This would exacerbate the conflict between indigenous people and the government, they said.

As the oil slick in the Gulf of Mexico washed ashore causing ecological and economic damage to the US, President Barack Obama has launched a criminal investigation into the spill caused by British Petroleum. The enrgy giant has, meanwhile, succeeded in placing a containment cap on the broken pipe and started funnelling leaking oil onto a ship. The cap is siphoning 1,000 of the estimated 20,000 barrels of oil gushing into the waters every day. (See ‘Spill repeats itself’, p44). 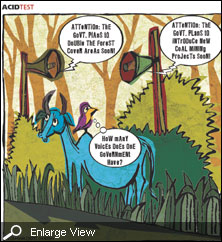