Will PM 2.5 levels in Delhi-NCR go back to pre-pandemic levels this winter? 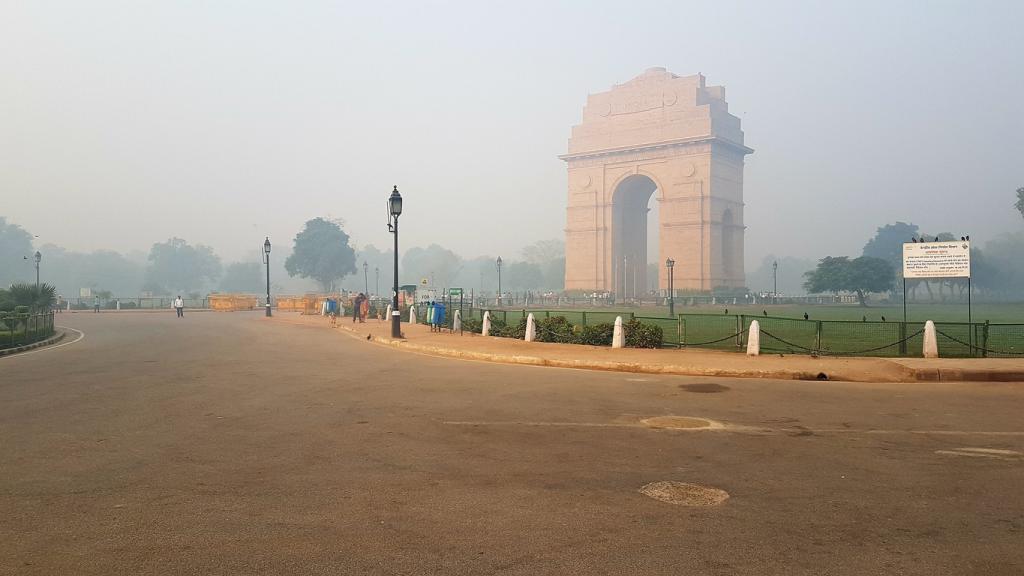 There was a 20 per cent improvement in the seasonal PM2.5 average in Delhi-NCR during the pandemic compared to the 2015-18 winter. Photo: iStock

Delhi and the National Capital Region (NCR) had a little respite for the last two winters — the seasonal average of particulate matter 2.5 had improved during the COVID-19 pandemic. However, the improvement is now stagnated, according to an analysis by non-profit Centre For Science and Environment.

The pollution levels are now at the precipice of going back to pre-pandemic levels. The levels spike in Delhi-NCR right around Diwali, which also marks the beginning of the winter season in the region.

Several reasons are usually attributed to the spike, like the burning of farm stubble in farms in Haryana and Punjab and the burning of firecrackers during Diwali. PM 2.5 are fine particulate matter with diameters generally 2.5 micrometres and smaller.

October 17, 2022 — just a week before the festival of lights — Central Pollution Control Board’s (CPCB) Air Quality Index (AQI) showed that several areas of Delhi were either in ‘severe’ or ‘poor’ category.

There is a complete ban on the sale, manufacture, storage and use of all types of firecrackers in the capital. However, several media outlets have reported clandestine sales continuing unabated — both online and in some of Delhi’s busiest markets ahead of Diwali.

This winter season is also starting from a much cleaner benchmark due to rains in September and October, according to CSE. The non-profit’s Urban Lab released its winter pollution assessment, Winter is here: Overview of impending air quality crisis in Delhi-NCR, October 20.

This is the first analysis of the third edition of Urban Lab’s Air Quality Tracker Initiative. It began in the winter of 2020-21 to study the impact of the pandemic lockdown on the air quality of Delhi-NCR.

This is an assessment of annual and seasonal trends in PM2.5 concentration from January 1, 2015, to October 17, 2022. The winter period is defined as October 1 to February 28.

The analysis captures seven successive winter seasons and pre-winter trends in Delhi-NCR. It is based on the real-time data available from 81 air quality monitoring stations working currently.

Read more: Public transport should be made accessible while fighting air pollution

The objective of the assessment was to understand the trend and the starting line of the onset of the winter pollution season or pre-winter levels in this region, said Anumita Roychowdhury, executive director, research and advocacy, CSE. This would also capture the longer-term context of seasonal variation and annual trends in particulate pollution.

“Only the effectiveness of the air pollution control measures targeting all key sources will determine if the winter pollution trend that had stabilised post-pandemic will continue to hold and improve or worsen further,” said Roychowdhury.

The intensity of the early winter pollution will depend a lot on the trend in the crop fires and also the impact of Diwali, said Avikal Somvanshi, analytic expert at the Urban Lab. “Though Diwali is happening during the warmer part of the early winter, prolonged rains can delay and lead to concentrated burning later, compounding the problem,” he said.

This winter has started on the cleanest note, with five “good” AQI days (for PM2.5) in the first two weeks of October. This happened due to an extended rainfall period, but its effects of it have started to wane October 16, 2022, the assessment found.

Seasonal PM 2.5 average for 2021-22 winter was 10-30 per cent lower compared to 2020-21 winter for most major NCR cities. However, Ghaziabad and Faridabad fared worse among them.

Read more: Explained: Why north India didn't get the December rainfall it usually does

The intensity and duration of smog episodes remained worrisome and the impact of rain and smoke from stubble fires on the air quality was highly pronounced, according to the study.

Farm stubble fires in Punjab, Haryana and Delhi increased both in numbers and intensity, it further said. There has been a consistent increase in fire instances and intensity since 2019. Diwali night pollution also continued to remain high in previous years and monsoon 2022 was the second cleanest in the last eight years.

This early winter alert is a wake-up call for more stringent pre-emptive and preventive measures, said Roychowdhury. The assessment also released a number of steps to avert the smog episodes that cause excessive exposure and health risk during winter.

Some of the suggested steps are the collection and segregation of waste streams, increasing access to clean fuels for industry, intensifying public transport strategies and enforcing parking controls. CSE also suggested focusing on dust control and ensuring access to a reliable electricity supply.