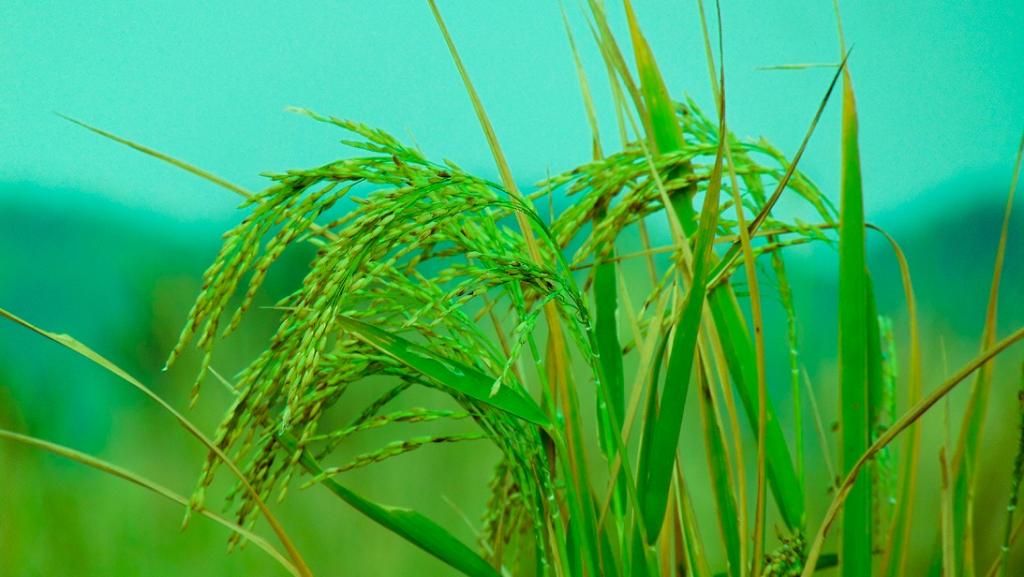 A recent study conducted by Indian researchers has discovered that modulating the functions of the pathogen responsible for sheath blight disease could be a game changer in the fight against the menacing rice disease.

Rice is a staple food all over the world and India is the second-largest producer and consumer of rice at the global level. Production of rice in India is limited by several biotic and abiotic factors.

Sheath blight disease caused by a necrotrophic fungal pathogen (Rhizoctonia solani) is a big threat to rice crops. Millions of tonnes of rice are lost due to this disease every year.

The study by the New Delhi-based National Institute of Plant Genome Research (NIPGR) is important towards understanding the sheath blight pathogen. It affects not just rice but also tomatoes and many other crops.

It will also help in developing a strategy to control the disease, say researchers at NIPGR.

“The disease was significantly reduced in the RS_CRZ1 silenced plants, compared to the wild type plants. Our data suggests that the RS_CRZ1 enables the pathogen to tackle hostile environment of the host faced during disease establishment process,” Jha added.

In molecular biology, a transcription factor is a protein that controls the rate of transcription of genetic information from Deoxyribonucleic acid (DNA) to messenger ribonucleic (RNA), by binding to a specific DNA sequence.

“Unravelling the pathogenicity mechanism is important for development of a suitable control strategy. However, the method to carry out gene-functions analysis in Rhizoctonia solani is not available,” Jha said.

“In our recently published study, we have established suitable methodologies to downregulate the expression of R solani genes and study their involvement during disease establishment in tomato. Our method is based upon host-induced gene silencing and dsRNA based gene silencing, wherein through RNAi strategy we silence the fungal genes during infection process,” he added.

“Our study provides suitable strategies to silence the pathogenicity determinant of R. solani during infection process and prevent the pathogen to cause disease in plants. This further highlights that adoption of these strategies will be helpful in control of sheath blight disease of rice and various other diseases caused by Rhizoctonia solani, in other crops,” Jha said.

Sheath blight is predominantly controlled by spraying of fungicides and we end up spending profusely on fungicides, which add to the cost of rice production. Also, the residual level of fungicides adds negative trade value, as beyond certain permissible level, the rice is considered not suitable for international trade.

Moreover, beside rice, the pathogen is known to cause disease on a wide range of agriculturally important crops, including tomato. Hence, development of environment friendly and sustainable disease control measures are needed to control this pathogen, the scientists said. (India Science Wire)