Researchers are looking to tiny materials to clean up air, water and land 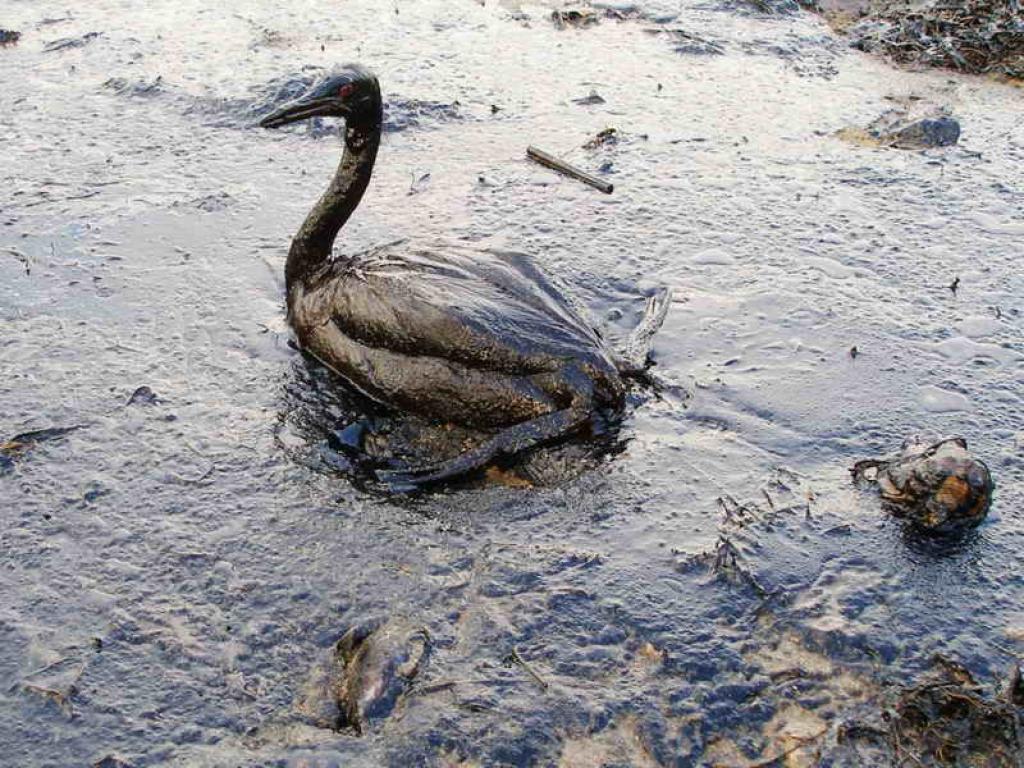 The list of environmental problems that the world faces may be huge, but some strategies for solving them are remarkably small. First explored for applications in microscopy and computing, nanomaterials — materials made up of units that are each thousands of times smaller than the thickness of a human hair — are emerging as useful for tackling threats to our planet’s well-being.

Scientists across the globe are developing nanomaterials that can efficiently use carbon dioxide from the air, capture toxic pollutants from water and degrade solid waste into useful products.

“Nanomaterials could help us mitigate pollution. They are efficient catalysts and mostly recyclable. Now, they have to become economical for commercialization and better to replace present-day technologies completely,” says Arun Chattopadhyay, a member of the chemistry faculty at the Centre for Nanotechnology, Indian Institute of Technology Guwahati.

To help slow the climate-changing rise in atmospheric CO2 levels, researchers have developed nanoCO2 harvesters that can suck atmospheric carbon dioxide and deploy it for industrial purposes.

“Nanomaterials can convert carbon dioxide into useful products like alcohol. The materials could be simple chemical catalysts or photochemical in nature that work in the presence of sunlight,” says Chattopadhyay, who has been working with nanomaterials to tackle environmental pollutants for more than a decade.

Chattopadhyay isn’t alone. Many research groups are working to address a problem that, if solved, could be a holy grail in combating climate change: how to pull CO2 out of the atmosphere and convert it into useful products. Nanoparticles offer a promising approach to this because they have a large surface-area-to-volume ratio for interacting with CO2 and properties that allow them to facilitate the conversion of CO2 into other things. The challenge is to make them economically viable. Researchers have tried everything from metallic to carbon-based nanoparticles to reduce the cost, but so far they haven’t become efficient enough for industrial-scale application.

One of the most recent points of progress in this area is work by scientists at the CSIR-Indian Institute of Petroleum and the Lille University of Science and Technology in France. The researchers developed a nanoCO2 harvester that uses water and sunlight to convert atmospheric CO2 into methanol, which can be employed as an engine fuel, a solvent, an antifreeze agent and a diluent of ethanol. Made by wrapping a layer of modified graphene oxide around spheres of copper zinc oxide and magnetite, the material looks like a miniature golf ball, captures CO2 more efficiently than conventional catalysts and can be readily reused, according to Suman Jain, senior scientist of the Indian Institute of Petroleum, Dehradun in India, who developed the nanoCO2 harvester.

Jain says that the nanoCO2 harvester has a large molecular surface area and captures more CO2 than a conventional catalyst with similar surface area would, which makes the conversion more efficient. But due to their small size, the nanoparticles have a tendency to clump up, making them inactive with prolonged use. Jain adds that synthesizing useful nanoparticle-based materials is also challenging because it’s hard to make the particles a consistent size. Chattopadhyay says the efficiency of such materials can be improved further, providing hope for useful application in the future.

Most toxic dyes used in textile and leather industries can be captured with nanoparticles. “Water pollutants such as dyes from human-created waste like those from tanneries could get to natural sources of water like deep tube wells or groundwater if wastewater from these industries is left untreated,” says Chattopadhyay. “This problem is rather difficult to solve.”

An international group of researchers led by professor Elzbieta Megiel of the University of Warsaw in Poland reports that nanomaterials have been widely studied for removing heavy metals and dyes from wastewater. According to the research team, adsorption processes using materials containing magnetic nanoparticles are highly effective and can be easily performed because such nanoparticles have a large number of sites on their surface that can capture pollutants and don’t readily degrade in water.

Chattopadhyay adds that appropriately designed magnetic nanomaterials can be used to separate pollutants such as arsenic, lead, chromium and mercury from water. However, the nanotech-based approach has to be more efficient than conventional water purification technology to make it worthwhile.

In addition to removing dyes and metals, nanomaterials can also be used to clean up oil spills. Researchers led by Pulickel Ajayan at Rice University in Houston, Texas, have developed a reusable nanosponge that can remove oil from contaminated seawater.

The technology shows promise, but it’s not yet ready for prime time.

“While the nanosponge is a good material to deal with oil spills, these results are confined to the laboratory,” says Ashok Ganguli, director of the Institute of Nano Science and Technology in Mohali, Punjab, India. “Large-scale synthesis is required if we have to remove oil from seawater which is spread over several miles.” Although scientists have yet to successfully synthesize nanomaterials for cleaning oil spills at a scale large enough for practical application,  “this may become possible with more research and industry partnerships,” Chattopadhyay says.

Another area being explored for application of nanomaterials is in managing organic waste, which can pollute land and water if not handled properly. “Farms and food industry generate humongous amounts of biodegradable waste, and we must find ways to manage it efficiently,” says Debjyoti Sahu, a professor of engineering at Amrita Vishwa Vidyapeetham, Karnataka in India.

One of the oldest methods to treat biodegradable waste is to dump it into tanks called digesters. These are full of anaerobic microbes that consume the material, converting it into biogas fuel and solids that can be used as fertilizers. But anaerobic digestion is slow.

Recent research showed that adding metal oxide nanoparticles to a food waste digester doubled the amount of biogas fuel produced compared to the digester without it.

“Nanoparticles can accelerate the anaerobic digestion of the sludge, thus making it more efficient in terms of duration and enhanced production of the biogas,” says Kamalakannan Kailasam, scientist with the Institute of Nano Science and Technology, in Mohali, India.

Recent research showed that adding metal oxide nanoparticles to a food waste digester doubled the amount of biogas fuel produced compared to the digester without it.

“Iron oxide nanoparticles are nontoxic, and they should be added to sludge waste to enhance the rate of its degradation,” says Sahu.

While nanoparticles have potential to solve environmental problems, the small size that makes them useful for environmental cleanup also raises special concerns about health and persistence in the environment.

“The long-term effects of using nanomaterials have not been evaluated yet,” says Chattopadhyay.

The U.S. National Institute of Environmental Health Sciences and others are funding research to evaluate the potential effects of engineered nanoparticles on health and the environment. Researchers are also creating models to predict nanomaterials’ transport and fate in the environment as well as their potential effects on humans. If concerns that have been raised can be adequately dealt with, nanomaterials could play a big role in helping us cope with environmental challenges in the years ahead.

Editor’s note: Bhavya Khullar produced this feature as a participant in the Ensia Mentor Program. Her mentor for the project was Jessica Marshall.

The article was originally published in ENISA.