75 years of people’s power: Lalsot in Rajasthan is helping rural areas to treat their faecal sludge 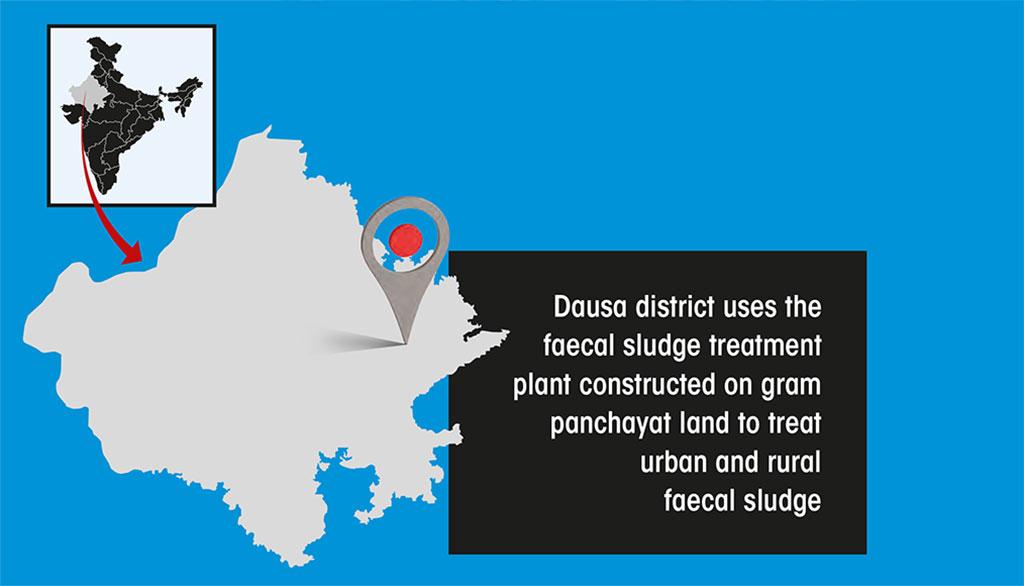 Lalsot Nagar Palika (Lalsot is also a tehsil) in Dausa district in Rajasthan is helping rural areas at a distance of up to 25-30 km to treat their faecal sludge. In 2019, the nagar palika set up a 20 KLD faecal sludge treatment plant.

Initially, this treatment plant was built in Chandsen village of Lalsot tehsil to cater to sludge from the urban areas. The treatment plant was designed by a private consultancy company, IPE Global, with headquarters in New Delhi, for a population of 34,363 at a cost of Rs 3.75 crore, using financial assistance from Asian Development Bank.

ADB has given Rs 4.39 crore to Rajasthan Urban Infrastructure Development Programme (RUIDP) for building this faecal sludge treatment plant. Apart from the money used for building the FSTP, Rs 22 lakh was used for buying vacuum trucks of 1,000 and 4,000 litre.

Around 42 lakh was also allotted for operation and maintenance (which will be under the contractor Divija Construction Private Limited, based in Jaipur, Rajasthan) of the plant and vacuum trucks. A five-years Build Operate and Transfer (BOT) contract was signed between Lalsot Nagar Palika, RUIDP and the contractor post building of the treatment plant in 2019. 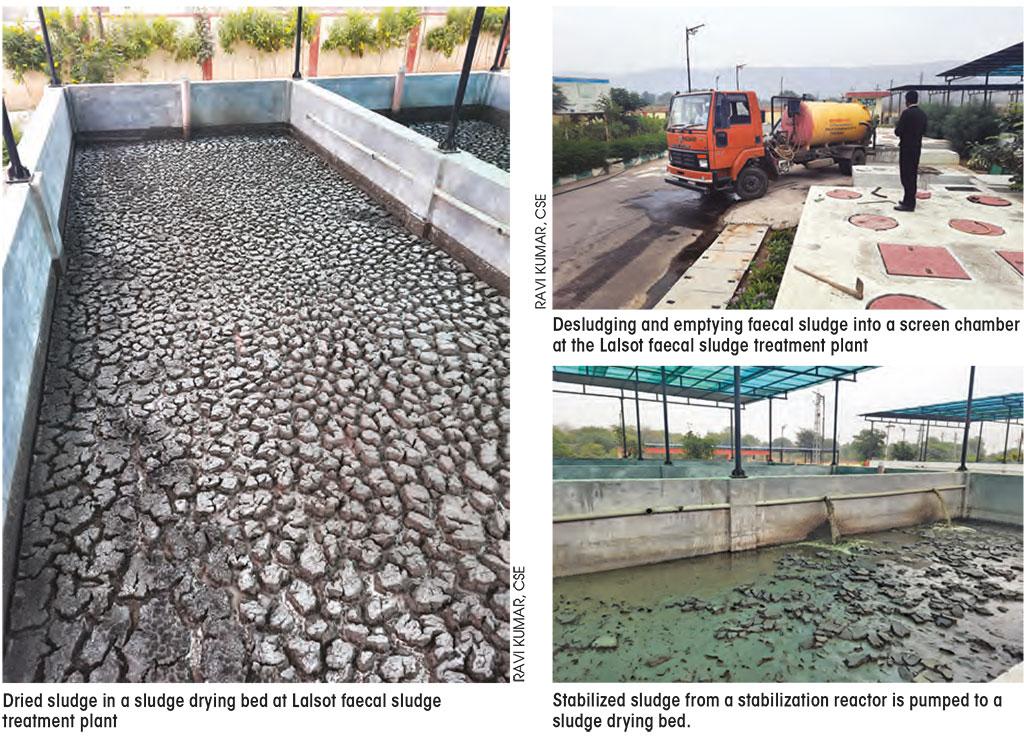 The sludge received was much below the design capacity and the treatment plant was underutilised. Also, according to the Operation and Maintenance contract, the contractor has to complete at least 900 desludging trips per year.

The desludging operators were receiving calls from rural areas to empty their containment systems. Rural areas have a mix of single pit, faulty septic and twin pit toilets. The single pit and septic tanks need desludging at scheduled intervals.

Hence, the plant operator started to allow sludge from rural areas to get treated at the existing treatment plant and the number of desludging trips was increased. During summers, up to 6 KLD of sludge (from both urban and rural areas) is received currently.

Trucks are able to ply for one to two trips daily; this figure was three to four per week during the peak summers (when the treatment plant was operating only for urban areas).