The Sea of Galilee, well-known in Jewish, Christian and Islamic lore, has swelled up due to recent rains, according to reports in the Israeli media.

The lake lies in northern Israel, between the occupied Golan Heights and the Galilee region. It is fed by underground springs but its major source is the Jordan river.

The lake, also known as Lake Tiberias or Kinneret, rose to 209.905 metres below sea level December 17, 2020 due to heavy rainfall in the surrounding areas, according to Israeli media.

The Jordan flows into the lake, Israel’s largest freshwater body and then exits it before ending in the Dead Sea, the saltiest and the lowest point on the planet.

The region the lake is located in, had been suffering from drought till 2018. However, the winters of 2018, 2019 and of this year so far have been wet and have led to the lake swelling up.

Water is not extracted from the Sea of Galilee. But it is considered to be an important barometer of the water situation in Israel.

If the lake swells up further, the Israeli administration will open up the sluice gates of the Degania Dam, which is on the Jordan, just south of the lake. The last time such an action was taken was in 1992.

But even as the Sea of Galilee is swelling, hundreds of miles to the northeast, the world’s largest lake is drying, according to new research by Dutch scientists.

“The Caspian is experiencing a devastating decline in its water level that is about to accelerate. By the end of the century the Caspian Sea will be nine metres to 18 metres lower. That’s a depth considerably taller than most houses,” Frank Wesselingh and Matteo Lattuada wrote in The Conversation this week.

Wesselingh is a senior researcher with the Naturalis Biodiversity Center, Utrecht University, the Netherlands, while Matteo Lattuada is a PhD Candidate at the Department of Animal Ecology & Systematics, University of Giessen.

“It means the lake will lose at least 25 per cent of its former size, uncovering 93,000 sq km of dry land. If that new land were a country, it would be the size of Portugal,” they added. 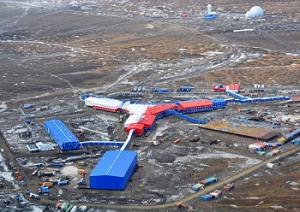 Russia has revived a secret Soviet-era research facility in its part of the Arctic, a report in The Hindustan Times said.

The statement about the reopening was made by a spokesperson of the Central Research Institute of Precession Engineering.

It is a Russian military design bureau involved in developing various types of weapons and weapon systems including firearms, ammunition, anti-tank systems and self-propelled artillery.

The spokesperson announced December 24, 2020 that the lab, which was shut down in 1991 after the collapse of the erstwhile Soviet Union, had been revived “to test equipment that can be used in extreme weather conditions”.

Russian has been reopening abandoned Soviet-era military, air and radar bases on remote Arctic islands and also constructing new ones, according to the report.

This is in line with Russian President Vladimir Putin’s statements terming the Arctic region as being crucial for Russian military interests.

With the Arctic opening up due to melting ice, the North Atlantic Treaty Organisation has opened new bases in the area, triggering the Russian response, the report said. 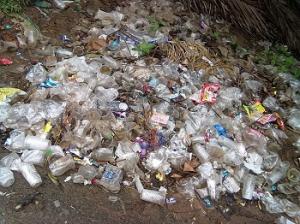 The European Union (EU) will ban the export of plastic waste to poor countries from January 1, 2021, a report in The Indian Express said.

According to new rules amending the 27-member bloc’s 2006 Waste Shipment Regulation, exports of unsorted plastics to less-industrialised nations outside the Organization of Economic Cooperation and Development (OECD) will now be stopped.

Any EU exports of hazardous plastic waste deemed “hard to recycle” to non-EU countries inside the OECD would require also require prior authorisation from both the recipient and dispatching nation, the report said.

Last year, the bloc exported 1.5 million tonnes of plastic waste, mostly to Turkey, Malaysia and Indonesia, according to the report. 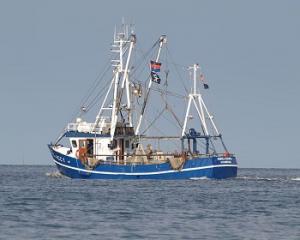 Some 1,120 corporations owned nearly 2,500 fishing vessels operating on the high seas in 2018, according to a new study by researchers from New York University in the United States.

That is approximately two-thirds of the total fishing fleets on the high seas, according to a statement on the university’s website.

The researchers claimed that the study, which was published in the journal One Earth, was the “first of its kind”. The researchers combined data made available by Global Fishing Watch with other public databases, that detected fishing vessels.

The Korean companies Sajo Group and Dongwon Group, were in the top 10 of the most active corporations on the high seas. There were also some Chinese companies and a US corporation based in Hawaii, according to the report.

One-third of the companies belonged to the United States, the United Kingdom, China, Taiwan, Russia, Spain, the Netherlands and South Korea.

The high seas are international waters, where national laws do not apply. Concerns have been raised of late about fishing causing overextraction of fish stocks in these “global commons”.

The results come ahead of the fourth United Nations Intergovernmental Conference on Marine Biodiversity of Areas Beyond National Jurisdiction, which will be held in 2021, according to the statement. 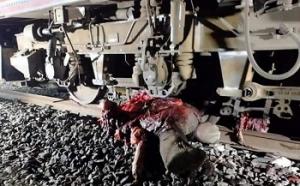 A 12-year-old male elephant died after being hit by an express train in Odisha in the wee hours of December 21, 2020.

The animal was crushed to death under the wheels of the Puri-Surat train between Hatibari-Maneswarapur stations near Bhabanipali village within the Sambalpur forest division range of Sambalpur district.

Six wheels of the train engine derailed following the accident. All passengers are safe, according to reports.

“A herd of 15 elephants was crossing the railway tracks at 4 am, December 22, when the mishap happened. A team of veterinary assistant surgeons conducted a post-mortem on the carcass, which was buried after the procedure,” Sanjit Kumar, the divisional forest officer of Sambalpur forest division, said.

This was the 29th such death in Odisha in 10 years and the second death in Sambalpur district within a month. 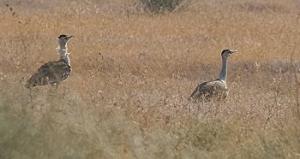 The National Green Tribunal December 23, 2020 ordered that all power transmission lines should be underground for new renewable power projects in marked habitats of the Great Indian Bustard.

It also asked the Union Ministry of Environment, Forest and Climate Change as well as concerned states to install bird diverters on “existing solar and wind power lines”, preferably within four months. 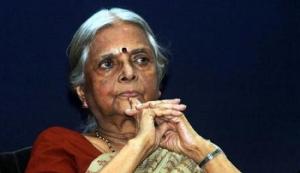 Malayalam poet, writer, literary critic and environmentalist Sugathakumari passed away December 23, 2020 in Thiruvananthapuram due to complications related to the novel coronavirus disease.

PM trains guns on ‘environmentalists’ during virtual meet with farmers 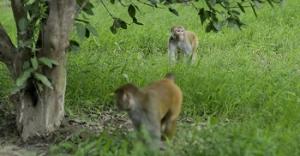 Animals raiding farms were a big concern, Prime Minister Narendra Modi said in his virtual interaction with farmers December 25, 2020. However, environmentalists, who were supporting the Delhi farmer protests now, had earlier opposed killing animals, he added.

A farmer from Madhya Pradesh sought the PM’s intervention, citing the rising number of of animals raiding and damaging farms and crops.

Modi replied he was aware of the problem when he was Gujarat’s chief minister.

“But those who support the farmers’ protests now, also opposed farmers killing such animals. They sent them to jail,” he said.