PM trains guns on ‘environmentalists’ during virtual meet with farmers 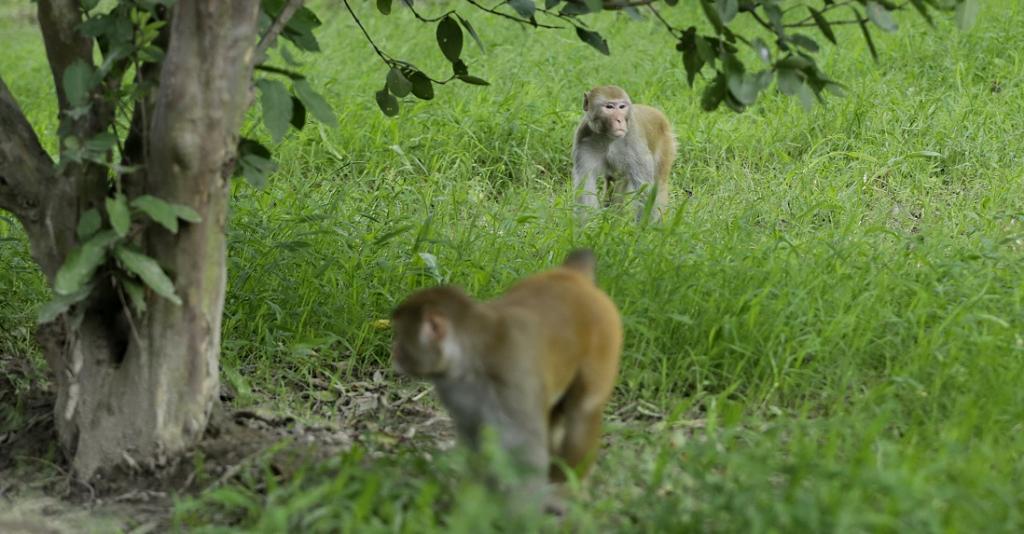 Animals raiding farms were a big concern, Prime Minister Narendra Modi said in his virtual interaction with farmers December 25, 2020. However, environmentalists, who were supporting the Delhi farmer protests now, had earlier opposed killing animals, he added.

A farmer from Madhya Pradesh sought the PM’s intervention, citing the rising number of of animals raiding and damaging farms and crops.

Modi replied he was aware of the problem when he was Gujarat’s chief minister.

“But those who support the farmers’ protests now, also opposed farmers killing such animals. They sent them to jail,” he said.

Crop damage caused by wildlife is assessed at the state level and the Union Ministry of Agriculture and Farmers’ Welfare does not conduct assessments for the value of loss.

Because of this, data is patchy on the exact extent of crop loss. However, responding to a question in the Lok Sabha September 15, 2020, Union Agriculture Minister, Narendra Singh Tomar, shared data from 10 states on crop loss cases and the value of loss.

Tomar also shared data on compensation given by states to farmers for crop loss by wild animals under the Pradhan Mantri Fasal Bima Yojana (PMFBY) March 6 this year. This was in another response to a question raised in the Rajya Sabha.

Apart from PMFBY, the Union Ministry Environment, Forests and Climate Change (MoEF&CC) also provides financial assistance to states / Union territories under centrally sponsored schemes for the “integrated development of wildlife habitats”, Project Tiger, and Project Elephant for management of wildlife and its habitats in the country.

The states, from time to time, also request the Centre to declare certain crop raiding wild species as “vermin” under the Wild Life (Protection) Act, 1972.

Section 62 of the Act gives the central government power to declare any wild animal — apart from those species mentioned in the Schedule I and II of the act — for a particular period of time in the state requesting it. The species declared as vermin, are then categorised under Schedule V of the Wild Life (Protection) Act.

The declaration of a species as vermin means it can be culled without attracting the penal provisions of the law. There are some species that are permanently present in Schedule V. These are common crows, fruit bats, mice and rats.

Apart from these, states have asked the Centre to declare wild boar (Sus scrofa), nilgai (Boselaphus tragocamelus) and rhesus macaque monkeys (Macaca mulatta) to be declared as vermin.

Mahesh Sharma, the minister of state, MoEF&CC, in an answer to the Rajya Sabha February 4, 2019, told Parliament, that nilgai and wild boar were declared as vermin in 31 and ten districts of Bihar for a period of one year in 2015.