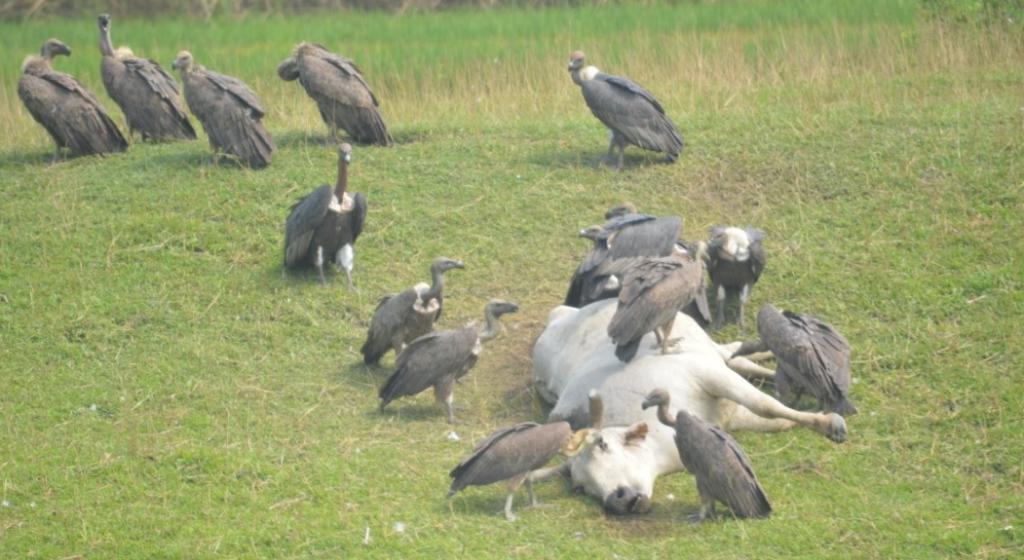 Authorities in Bihar’s Valmiki Tiger Reserve (VTR) have started planning for conservation of vultures after 150 of the birds were sighted recently in the protected area.

VTR director Hemkant Roy said his team had identified 150 vultures in different ranges of the reserve during February-March. “After that, it was decided to move ahead with vulture conservation,” Roy told this reporter, speaking from Bettiah in West Champaran district.

About 75-80 vultures, the highest number, were spotted at the Ganauli range, followed by Madanpur and others.

A plan of Rs 57 lakh had been made for the first year of vulture conservation work, he said.

Roy said a rescue centre for vultures will be set up in the Ganauli range according to the conservation plan. This will help increase the number of vultures.

Besides, the local community, living in nearby villages, will be made aware about the conservation of vultures. A campaign will be launched through street meetings, seminars at villages and other means.

Arvind Mishra, a Bihar-based bird expert, said the vulture presence in VTR gave fresh hope to environmentalists working to save them in the state. He added that the development would boost the government plan to develop a vulture-safe zone in the state.

“The state government has been planning to create a diclofenac-free zone for conservation of vultures in areas bordering Nepal. Vultures from the Himalayan range visit areas in Bihar bordering Nepal during winters,” Mishra, who is also the state coordinator of the Indian Bird Conservation Network, a network of the Bombay Natural History Society, said.

He said the government will have to ensure that there is no use of diclofenac in the 10-km radius of the vulture safe zone.

In February 2021, Bihar’s environment, forest and climate change minister Neeraj Kumar Singh had directed concerned officials to identify a site for setting up a vulture conservation centre in Supaul district, which is close to Nepal. Such a site has now been identified.

A senior officer of the department said the government was serious about starting conservation of vultures in the state. “A vulture safe zone is very much on the cards,” the official said.

However, vultures in Bihar are very difficult to spot today, unlike till early 2000. Like elsewhere, vultures used to play a vital role in the state by consuming animal carcasses before they decomposed or raised a stink.

But after diclofenac was introduced as an anti-inflammatory medicine for livestock, vulture became its victims. Experts said vultures died after consuming the flesh of animals that were administered diclofenac. It resulted in a drastic decline of the vulture population.