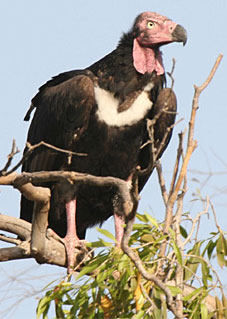 The list of endangered vulture species has risen with the Egyptian vulture (Neophron percnopterus) and red-headed vulture (Sarcogyps calvus), found in the Indian sub-continent being threatened. A recent research paper published in the Cambridge Journal, Bird Conservation International has found substantial decline in the population of the two vulture species between early 1990s and mid-2000s and a partial recovery of populations thereafter.

For the study, researchers examined the records of red-headed and Egyptian vultures on road crosscuts and in close proximity to protected areas between 1992 and 2011, particularly in northern India.

In the paper—Have Population declines in Egyptian Vultures and Red-Headed Vultures in India slowed since the 2006 ban on veterinary Diclofenac—researchers from the Bombay Natural History Society (BNHS) and Royal Society for the Protection of Birds (RSPB) updated a previous analysis of counts of the two species in protected areas in India, using results from two further surveys in 2007 and 2011. They also examined if, as reported for the Gyps vultures, the population declines of Egyptian and red-headed vultures have slowed following the ban on diclofenac, a veterinary non-steroidal, anti-inflammatory drug present in the livestock carcasses they feed on.

According to the paper, the Egyptian and red-headed vulture declined by 91per cent and 94 per cent respectively between 1992 and 2007. There was evidence of a partial recovery in populations of both species in the late 2000s. For both species, the population index in 2011 was significantly much lower than that in 1992.

A report—The population decline of Gyps vultures in India and Nepal has slowed since the veterinary use of Diclofenac was banned—published in 2012, claimed that the results for Egyptian vulture and red-headed vulture resemble recent changes in population trends of three other endemic vulture species: oriental white-backed (Gyps bengalensis), long-billed (Gyps indicus) and slender-billed (Gyps tenuirostris) vultures in India and Nepal. 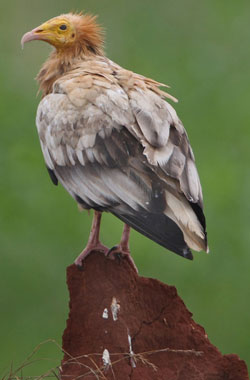 In 2003, researchers from the Peregrine Fund, an NGO based in the United States, ascertained that the main cause of extinction of these birds in South Asia was exposure to diclofenac. However, despite all research, it has not been ascertained if decline of the numbers of Egyptian vulture and red-headed vulture species is directly related to toxicity from diclofenac but since evidence shows that ban on diclofenac did reduce the decline in numbers, it can be said that there is a possibility of it affecting these species.

“We now only know that the populations have gone down but do not know the exact reasons as there have been no studies to find the causes of mortality. No post mortem has been conducted on any dead bird so far. We have now started a study to look for the dead vultures and will try to find out the causes of their mortality” says Vibhu Prakash, vulture expert with BNHS.

Prakash adds: “Once we now the cause of mortality, we would be able to suggest definite measure to arrest the decline in the numbers of these species. The misuse of the human formulation of the drug diclofeanc in treating livestock should be stopped forthwith as an immediate measure, which will go a long way in vulture conservation.”

Vultures are seen as a key species in the ecological chain and in a country like India, where there is no proper disposal system for dead cattle and slaughter house waste, it is the role of these scavengers to feed on it and keep the environment clean and disease free.

A continuous decline in their numbers would make way for carcasses rotting in fields, and increasingly species like rats and wild dogs will replace them. These scavengers, however, are not as efficient as vultures and become carriers of the pathogens, resulting in increase in the number of vectors of serious transmissible diseases, such as rabies, anthrax, and plague, further disturbing the natural ecological balance.

Asad Rahmani, director of BNHS said, “The partial recovery of vulture numbers after the ban shows that strong research and advocacy go a long way in effective conservation. Further research should also focus on the current status of red-headed and Egyptian vultures.”

Research: Have population declines in Egyptian Vulture and Red-headed Vulture in India slowed since the 2006 ban on veterinary diclofenac?

Research: The population decline of Gyps Vultures in India and Nepal has slowed since veterinary use of Diclofenac was banned