Elephants, wild boars have started coming out of forests on fire and entering human habitations 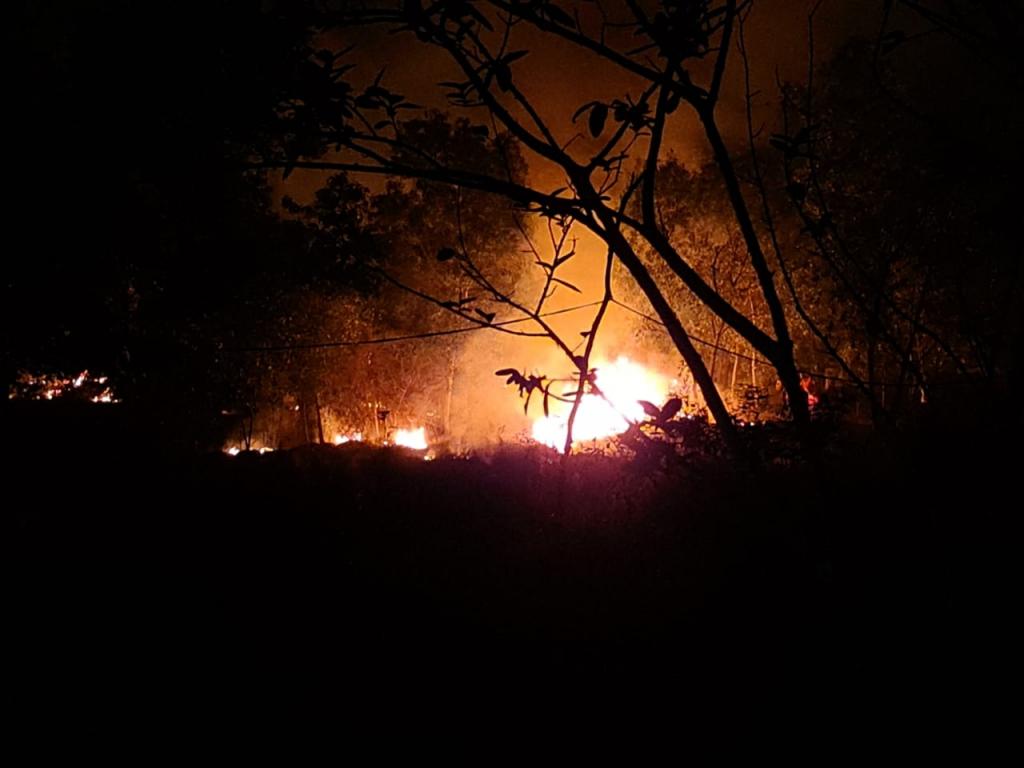 Fire has been raging in Similipal National Park fore more than a fortnight. Photo: Twitter / @kissfoundation

The raging forest fires in Odisha have had a major fallout: Wild animals have started coming out and entering human habitations.

On March 6, at least three wild boars entered a residential house in the district. It was only when the villagers made noises and shut their doors that they made way to the nearby forest, said Arakhita Polia, a villager.

“The boars came out from a house and ran to the nearby forest after about an hour,” Polia added.

A wild bear also entered a human habitation in Nilagiri area in Balasore district when the fire broke out in Similipal national park a few days ago. It did not harm anyone, the villagers said.

The animals get scared and run out of the jungle to escape the raging inferno, said Biwajit Mohanty, general secretary, Odisha Wildlife Society. While state forest officials denied any animal casualty due to the fires, Mohanty claimed several monitor lizards, snakes and other small animals were reduced to ashes in Similipal, which has been on fire for a fortnight.

“The elephants may have entered the village from the forest areas of Ghumusar North. We are monitoring their movement. We also held meetings with villagers asking them to not set fire to forests,” Satya Narayan Behura, divisional forest officer (DFO), Ghumusar South division, said. The victims would be paid ex-gratia according to government provisions.

Sambalpur and Ghumusar North DFOs have announced reward for those who inform them of forest fires in their areas. At least five persons allegedly set ablaze the forests in Kiriamba and Jharabeda jungle in Ganjam and Mayurbhanj districts in the last one week.

Kiriamba jungle is home to several wild animals including elephants, leopards, barking deer, spotted deer, blackbucks and snakes and birds. Its DFO said the fire was immediately doused by the forest personnel.