Sunscreen or camouflage? Why so many animals have dark backs and pale bellies

It is one of the most controversial questions in nature. Now a group of British researchers have shed light on the answer 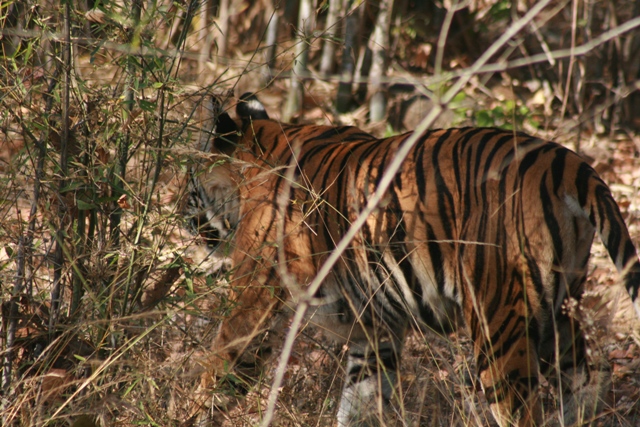 The animal kingdom contains a huge diversity of colour patterns, from the near-perfect camouflage of the cuttlefish to the extravagant displays of birds of paradise. Evolution has shaped this diversity, but exactly which selective pressures are at work is still controversial.

While some theories propose that such patterns evolved specifically for camouflage, other theories link them to things like attracting mates, regulating body temperature and giving off warning signals.

One common pattern of animal colouration that has been the subject of this kind of debate is called countershading. Found across air, land and water on many different animals – from tigers to tuna – it features a darker skin or fur on the surface of the animal’s body that faces the sun, and a lighter colour on their underside. 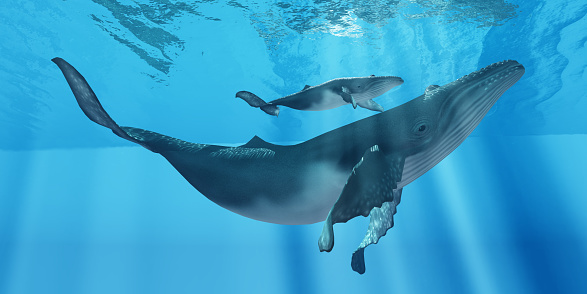 Countershading has typically been considered beneficial for protection against ultraviolet. This is because the dark colour of the skin or fur is due to melanin, a pigment that strongly dissipates potentially damaging ultraviolet radiation. A dark body colour also often helps animals to gain more heat from sunlight.

Yet it has also long been suggested that this pattern of colouration evolved to enhance visual camouflage. This goes back to one of the oldest theories in the evolution of camouflage, originally put forward in the late 19th and early 20th centuries by the British evolutionary biologist Sir Edward Bagnall Poulton and the American artist/naturalist Abbott Thayer. They suggested that shading might counteract the effects of light and make animals harder to see.

But how could the countershading pattern contribute to visual camouflage? That was the question that we sought to answer in two recently published papers. To understand our work, start by considering how light interacts with objects and viewers.

In nature, more light comes from above than from below. It doesn’t matter whether we are talking about open country, below a dense canopy of trees or underwater. Three-dimensional objects with a uniform colour are brighter on the top and darker on the parts that are exposed to less light. 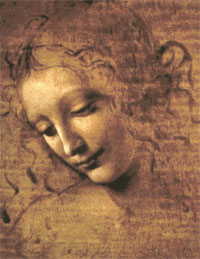 This interaction between shape and light provides a source of 3D information for our visual systems known as shape from shading. It is a powerful visual cue, exploited for centuries in art. Leonardo Da Vinci’s drawings of 3D figures show us just how sensitive we are to this kind of information, for example. In the picture on the right, Lady of Dishevelled Hair, notice how the forehead and top of the nose are bright, while the areas under the eyes, lips and chin are dark. It is the shading, using a technique called sfumato, that allows us to perceive the graceful shape of the woman’s head on the two-dimensional plane of the drawing.

Shading is also an important cue for animals. Predators can potentially use shape from shading to reveal the 3D shape of their prey, even if this victim is patterned or coloured to match their background.

Countershading is a possible defence. If an animal is darker on top and lighter below, this can offset shading from light and make it harder for predators to detect them. To give you an example, below are two photographs of an Actias luna caterpillar feeding on birch leaves. The first shows it back-uppermost, a position it does not favour, while the second shows it hanging below the branch, its most common pose.

The caterpillar is harder to spot in the second image because the effects of shading are counteracted by the countershading. It happens to be the very example that Abbott Thayer used to illustrate his theory more than 100 years ago. In reverse of the usual countershading rule, the caterpillar’s back is paler than its belly. This is because in its most common pose, hanging below the branch, its belly is uppermost. 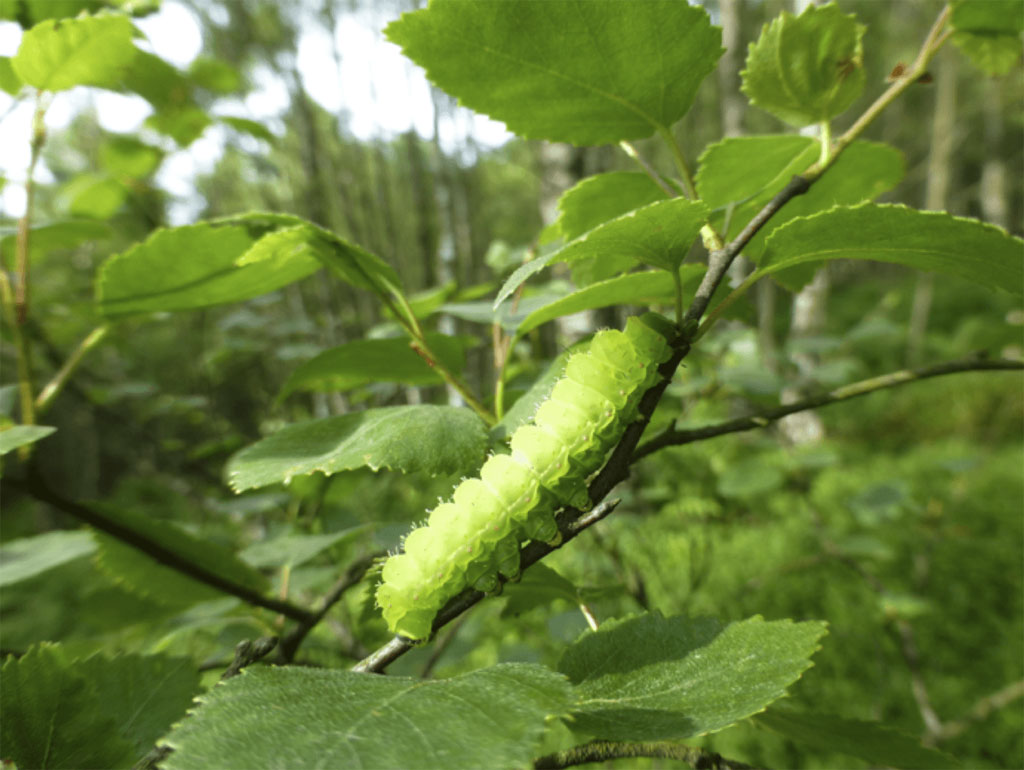 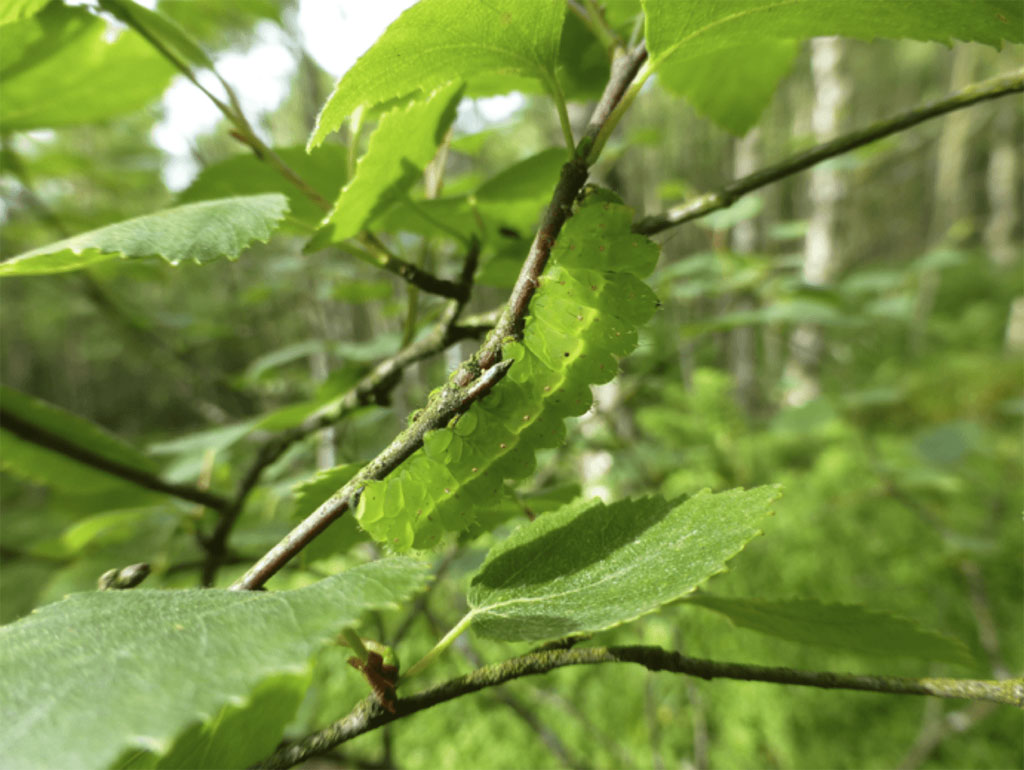 A key question is what countershading pattern is the best for evading detection. The answer is complex, because it depends on the three-way interaction between object shape, the quality of light and the location of the viewer. Our interdisciplinary group of researchers from the universities of St Andrews, Abertay and Bristol developed a computational model to predict optimal shading in a given situation.

We simulated a three-dimensional world in which we could place an animal of our choice, and choose the location of the viewer. To take account of different habitats and lifestyles, we used realistic sun and sky lighting conditions which could be set up to emulate sunny or cloudy weather at any latitude, time of day or year. 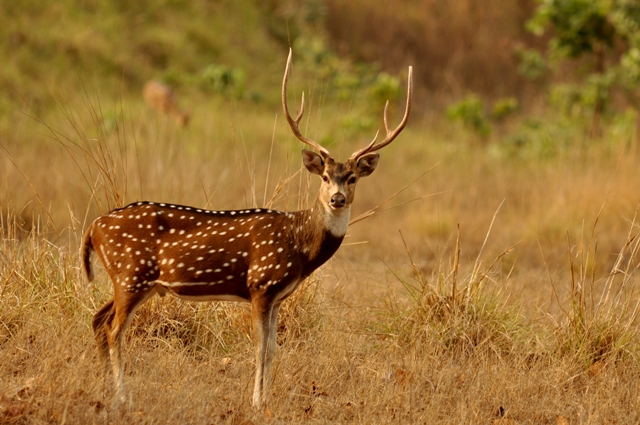 We duly demonstrated that the best pattern to choose depends on weather, time of day and where in the world the animal is located. For example in a sunny location, an animal should have a sharp transition between their light and dark regions with a dark strip down the spine. The axis deer or chital (pictured), found across the Indian subcontinent, carries a good example of this kind of dark strip, which our work suggests might optimise camouflage in open grassland.

This is different to animals that live in woodland or under cloud and therefore experience less direct sunlight. They should have a more gradual transition between the light belly and dark back. A study from 2012 that looked at the coat patterns of ruminant animals supported this prediction. Our model should now allow experimenters to test just how specific camouflage needs to be to prove effective in different environments.We duly demonstrated that the best pattern to choose depends on weather, time of day and where in the world the animal is located. For example in a sunny location, an animal should have a sharp transition between their light and dark regions with a dark strip down the spine. The axis deer or chital (pictured), found across the Indian subcontinent, carries a good example of this kind of dark strip, which our work suggests might optimise camouflage in open grassland.

Finally a word on the other theories about the evolutionary reasons for countershading that we mentioned near the beginning, in relation to a related problem: why some animals turn to orient their bodies in a particular direction. Much has been made of the benefits of this for both regulating body temperature and protecting against ultraviolet light. Our model showed that all three theories make predictions that lead to similar animal orientations. This suggests that camouflage could be a crucial evolutionary explanation for how animals orient themselves as well.