As a child, I often attempted to recite the tongue twister: she sells seashells on the seashore.

But without giving any thought to the seashell peddler in question. Only much later did I learn that the reference was to one of the greatest-but also among the least known-figures of palaeontology: Mary Anning.

In The Fossil Hunter Shelley Emling returns Mary Anning to her deserved place in history. Anning’s father Richard was a cabinetmaker by trade who supplemented his income by selling fossils he had found in the area to tourists.

Mary was only twelve when, in 1811, she discovered the first dinosaur skeleton-of an ichthyosaur-on the cliffs of Lyme Regis in England. Emling's biography takes us to the struggles of the young palaeontologist who taught herself comparative anatomy by dissecting marine animals.

She could not afford a formal education but read as much scientific literature as she could find. Mary discovered many more specimens but never published a scientific paper. Even if she had written one, a paper by a woman was unlikely to be published.

Darwin drew on many of her finds when formulating the theory of evolution, giving a rare credit.Mary died of breast cancer at the age of 48. 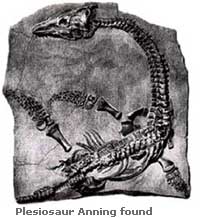 Even today many of her finds are not associated with her name.

But thanks to this biography, we will know Mary was more than a girl who sold seashells by the seashore.