Can carbon capture be new hope for mitigating CO2 emissions? 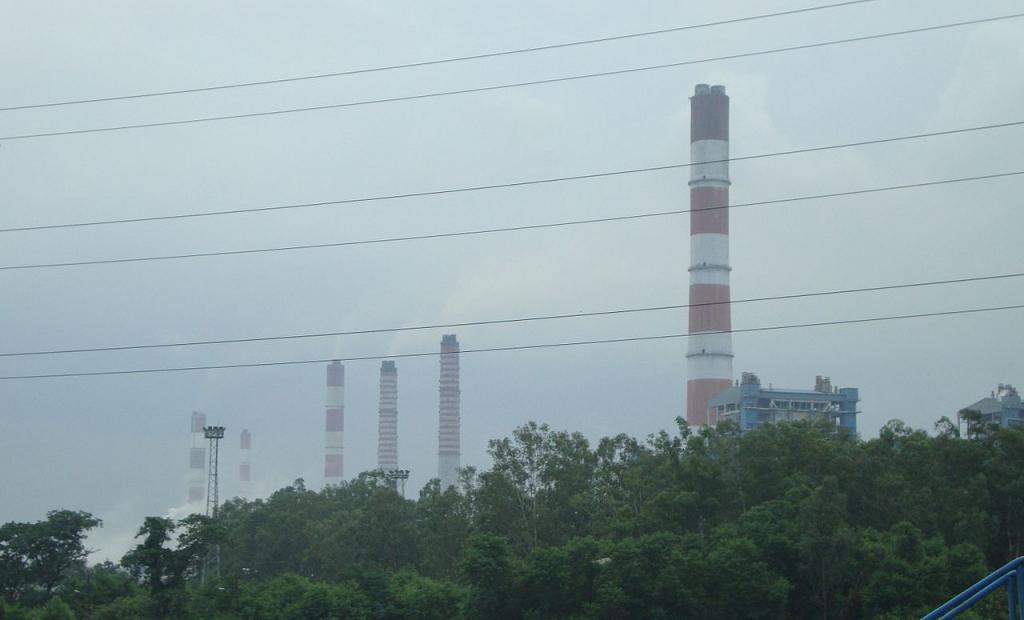 The largest power plant in the country has moved towards industrial decarbonisation by implementing carbon capture technology.

NTPC Vindhyachal in Madhya Pradesh has an installed capacity of 4.67 gigawatts and is the largest greenhouse gas emitter of energy production. NTPC Ltd was formerly National Thermal Power Corporation Ltd.

Carbon dioxide (CO2) emission from electricity generation in India accounts for 40 per cent, even though 40 per cent of energy production is being obtained from renewable energy in India, according to the third biennial update report.

India also stands third among the GHG-emitting countries in the world, emitting 2,310 megatons of CO2 in 2019. All these scenarios necessitate the mitigation of GHG reduction in the country to combat the effects of climate change.

The pioneer project of a carbon capture plant installed in NTPC Vindhyachal is in line with this, which is designed to capture 20 tonnes of CO2 per day. It uses modified tertiary amine to capture CO2 from flue gas from fossil-fired power plants, with a purity of more than 99 per cent.

CO2 will eventually be integrated with hydrogen to produce 10 tonnes of methanol per day through a catalytic hydrogenation process.

Currently, there are no Carbon Capture, Utilisation and Storage (CCUS) projects in the pipeline in power plants, according to non-profit Centre for Science and Environment’s (CSE) discussion with companies looking into carbon capture in India.

CCUS has been a topic of discussion for over two decades, but it has not gained proper focus because of limited research, finance and policy support. This is evident from the few projects in India, which are in their nascent stage, even though carbon capture has been discussed for a long time.

In India, Jindal Steel and Power had claimed that they would envisage CO2 capture, storage and sequestration 2011. The steel, mining, and infrastructure company 2017 again mentioned they were contemplating sequestration of CO2 emissions, which is still not implemented.

For that matter, multinational conglomerate Reliance Industries Ltd, as a part of their plans to achieve further reduction in GHG emissions, have also announced that they would capture, store and convert CO2 to useful chemicals in a sustainable manner but not with a timeline.

About a third of the total emissions would be mitigated through options such as CCUS, nature-based solutions and the purchase of carbon credits, IOCL said. The carbon capture project is at the yet-to-be-implemented stage upon the completion of techno-economic feasibility.

All these big firms’ plans for capturing, storing and utilising carbon are at the initial stage, where their implementation would take longer.

Only some preliminary work is underway with pilot projects being conducted by public sector undertaking Oil and Natural Gas Corporation and IOCL at the Koyali Refinery; Dalmia Cement setting up its carbon capture cement plant in Tamil Nadu and an industrial port in Tuticorin capturing CO2 to produce baking soda and so on.

There are a number of technical and logistical barriers to CCUS adoption, according to policy think-tank Indian Council for Research on International Economic Relations (ICRIER).

Some of them identified from literature are land acquisition, in-depth assessment of storage sites to fulfil relevant criteria such as adequacy of capacity and injectivity rates, cap rock containment capacity to prevent CO2 from escaping, etc.

There is always a threat of CO2 leakage and possible leakage points need to be scouted beforehand for necessary remediation plans to be prepared.

There is also a dearth of data pertaining to geological storage sites in India, which makes it difficult to undertake exhaustive feasibility assessments for CCUS projects.

So, the Indian government should facilitate the possibilities of quicker implementation of CCUS in the country, suggested CSE. One such initiative can be designing national policy options with specific plans for climate finance mobility and providing incentives to the sectors in the form of tax concessions.

These concessions can be in exchange for investing in CCUS-related projects or being engaged in production processes employing these technologies. It can also support more research and development for carbon capture and storage technologies in India.

Also, there is no carbon capture project that is being planned in India in the near future, according to Global Status of CCS 2021 report. But other countries like the United States, the United Kingdom, Australia, the Netherlands, Canada, United Arab Emirates, etc, have many projects under various stages of implementation.

This should be given due importance because the country’s reduction effort is far less than its actual emissions.