The Sundarbans: India must protect the world’s largest delta from a dystopian future, and now 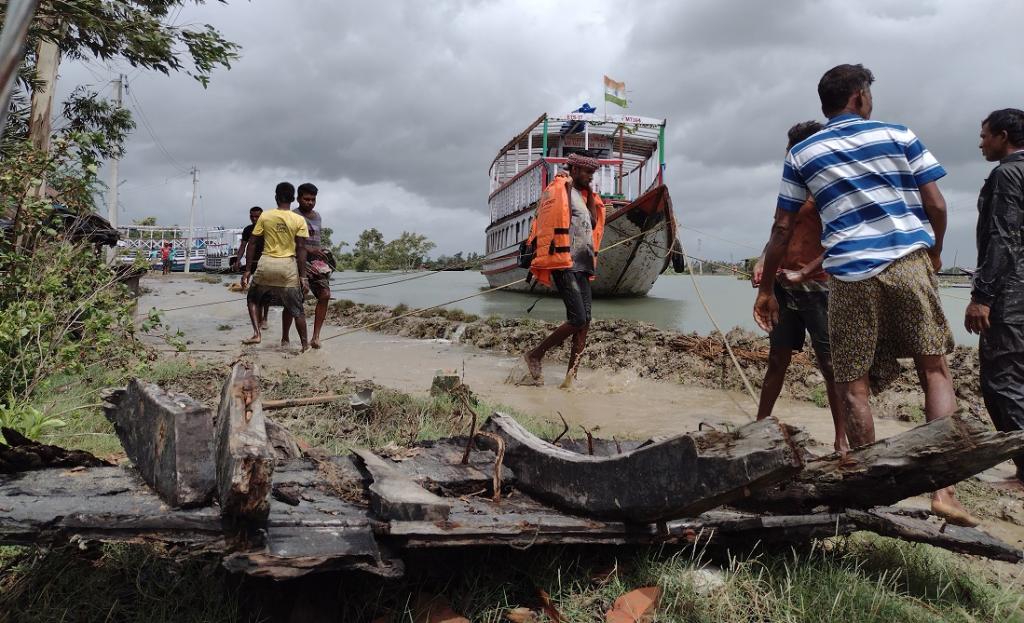 The world seems to pay attention to the Sundarbans only when catastrophe hits. In the aftermath of both supercyclones Amphan and Yaas that ravaged the Sundarbans, non-profits, celebrities, clubs and citizens had organised several crowd funding initiatives to get the financial support to distribute relief materials to the cyclone victims.

It was indeed an encouraging gesture which helped the people of the Sundarbans to survive and deal with the calamity. But the magnitude of catastrophe that awaits the Sundarbans demands attention beyond disaster response.

Aila, Fani, Bulbul, Amphan and now Yaas have proved yet again how vulnerable the Sundarbans have become to the vagaries of climate change.

An analysis of cyclonic events in the Bay of Bengal over a period of 120 years indicates a 26 per cent rise in the frequency of high to very high intensity cyclones over this time period.

We should also take into account recent evidence of accelerating global sea-level rise (given the present emission trajectory according to the Intergovernmental Panel on Climate Change’s 6th assessment report).

Based on this, scientists have projected that relative sea-level rise is likely to inundate most of the Sundarbans by mid-century and those that remain could be threatened by saltwater incursion.

This will put Kolkata at the heart of one of the biggest humanitarian challenges.

In India’s Sundarbans region, 54 of the 104 islands support a human population of about 4.5 million people.

Here, one in five households now has at least one family member who has migrated to other states in search of work. Environmental stresses have already indirectly disrupted livelihood security and contributed to economic circumstances that necessitate further migration.

Also, with the sea swallowing up land, humans and tigers are being squeezed into an ever-shrinking space, leading to more human-animal conflicts.

According to many, one of the major actions needed now is to invest in the planned retreat of millions of people and increase mangrove cover as a bio-shield against future cyclones and sea level rise.

But where will these climate-induced migrants go? Why will the already marginalised people of the Sundarbans bear the consequences and pay the price for something they are not responsible for?

The poor are responsible for just a fraction of global emissions. Besides, the people of the Sundarbans bear a long history of exploitation, trauma of displacement and historical injustice.

But due to the delta’s shifting landscape, the decay and impermanence of these settlements is also a reality.

In more recent history, the syncretic tradition of Bonobibi — which is thought to have been created by Sufi practitioners around the 12th century AD is yet another strong cultural locator of almost a thousand-year-old human habitation in the Sundarbans.

Yes, people lived here for centuries and they lived here sustainably following the rhythms of its unique geology; without causing any detectable species loss or disturbance and major alteration to its ecology.

For instance, at the core of manifestation of Bonobibi is the perspective of harmonious coexistence between humanity and nature.

Forest dwellers are also barred from catching fish during breeding seasons and they are not to extract wood or honey from small flowering trees, etc.

But with the arrival of the British and their ideology of right to ‘sole and despotic dominion’ over nature, the narrative started to shift.

Indigenous cultures viewed the earth as ‘Terra mater (Mother Earth)’, whereas colonialists viewed it as ‘Terra nullius (land that is legally deemed to be unoccupied or uninhabited)’.

This served two purposes: It denied the existence and prior rights of the original inhabitants and it negated the regenerative capacity and life processes of the earth.

Accordingly, the colonial project of reclaiming the mangrove swamp by altering its ecology began from the 1770s.

Their vision was simple — to convert this vast swampland into agricultural land and derive tax and revenue. Communities from rural Bengal, the Santhal Parganas and the Chhotanagpur Plateau were uprooted and translocated to the Sundarbans.

They were made to clear the forests and build embankments that would keep the saline water of the Sundarbans from inundating the agricultural land.

Reward policies were adopted by the government to induce hunters into killing tigers that disrupted land reclamation. This led to a large-scale slaughter of tigers.

More than 2,400 adult tigers were killed between 1881 and 1912. And the reclamation of land continued. By 1947, the forests in the Sundarbans were only 50 per cent of their pre-colonial size.

It is also during this period that the Javan rhino, wild buffalo, swamp deer and barking deer got exterminated from the region.

Subsequently the Bengal famine, the Partition of India and the Bangladesh War caused an exodus of refugees into the region. Despite many hardships, people found a home here.

But today, the inevitability of a changing climate is again threatening the very existence of the Sundarbans and its inhabitants.

Imagine waves of people pouring into Kolkata and its outskirts, living in makeshift shelters or living in the open with little clothing and food supplies.

Imagine the sheer trauma of the displacement after losing everything to the sea. The stress on land and food security will be unimaginable — which will eventually lead to never seen before socio-economic and political conflicts.

Apart from that, Kolkata will also face higher tides and more intense storms, with storm surges unchecked by the disappearing mangroves. It will be utter chaos.

And we are not far away from this dystopian future, given the pace at which natural resources are being depleted, the reluctance in implementing multilateral international environmental agreements and dilution of domestic environment laws.

We need immediate climate actions. If we don’t incorporate climate change into our social and political justice work now, there will be no society for us to even fight for in as little as 20-25 years.

Hence, the need of the hour is to do historical justice to the people of the Sundarbans, in alignment with conservation goals and not privileging ‘the environment over people’.

For decades, interest in the Sundarbans has been limited to protecting tigers or forests, largely at the expense of its local communities.

More than three million people out of the four-and-a-half million total population of its dwellers are Dalits, Adivasis and the most backward Muslim communities who are ‘forest dependent’; peasants, fisher folk and forest produce collectors.

Their voices have been long ignored and left unheard over the past few centuries. But, for the inhabitants of the tide country, they themselves have become part of its ecosystem.

Their lives are dictated by the rhythms and force of the tides, by their relation to the mud, mangroves and to the animals that surround them.

Time has come to empower these communities — both through the provision of resources and legal power — so as to create an environment where people and nature can thrive together.

Mukut Biswas is a practicing advocate at the High Court of Calcutta and Founder, Executive Director of Prameya Foundation- an environment conservation organization which aims to foster environmental sustainability through community empowerment