While renewable energy projects are essential for transitioning Australia to a zero-carbon economy, they come with a caveat 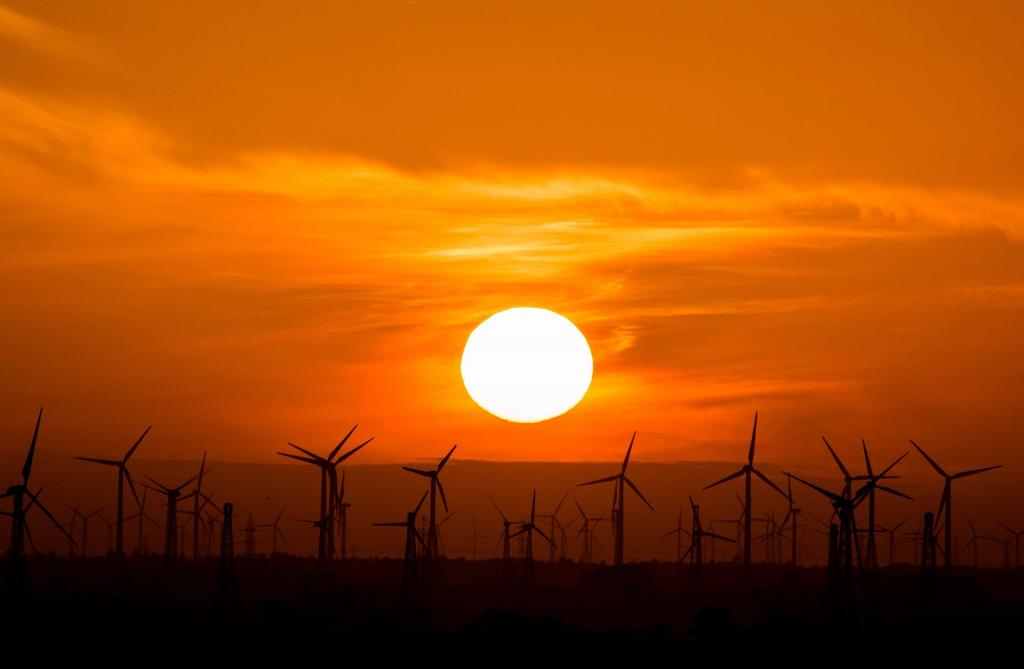 Huge clean energy projects, such as the Asian Renewable Energy Hub in the Pilbara, Western Australia, are set to produce gigawatts of electricity over vast expanses of land in the near future.

The Asian Renewable Energy Hub is planning to erect wind turbines and solar arrays across 6,500 square kilometres of land. But, like with other renewable energy mega projects, this land is subject to Aboriginal rights and interests — known as the Indigenous Estate.

While renewable energy projects are essential for transitioning Australia to a zero-carbon economy, they come with a caveat: Most traditional owners in Australia have little legal say over them.

Projects on the Indigenous Estate

How much say Aboriginal people have over mining and renewable energy projects depends on the legal regime their land is under.

In the Northern Territory, the Aboriginal Land Rights (Northern Territory) Act 1976 (Cth) (ALRA) allows traditional owners to say no to developments proposed for their land. While the commonwealth can override this veto, they never have as far as we know.

In comparison, the dominant Aboriginal land tenure in Western Australia (and nationwide) is native title.

Native title — as recognised in the 1992 Mabo decision and later codified in the Native Title Act 1993 — recognises that Aboriginal peoples’ rights to land and waters still exist under certain circumstances despite British colonisation.

But unlike the ALRA, the Native Title Act does not allow traditional owners to veto developments proposed for their land.

Shortcomings in the Native Title Act

Native title holders can enter into a voluntary agreement with a company, known as an Indigenous Land Use Agreement, when a development is proposed for their land. This allows both parties to negotiate how the land and waters would be used, among other things.

If this is not negotiated, then native title holders have only certain, limited safeguards.

The strongest of these safeguards is known as the “right to negotiate”. This says resource companies must negotiate in good faith for at least six months with native title holders, and aim to reach an agreement.

But it is not a veto right. The company can fail to get the agreement of native title holders and still be granted access to the land by government.

For example, Fortescue Metals Group controversially built their Solomon iron ore mine in the Pilbara, despite not getting the agreement of the Yindjibarndi people who hold native title to the area.

There are also lesser safeguards in the act, which stipulate that native title holders should be consulted, or notified, about proposed developments, and may have certain objection rights.

So how does the Native Title Act treat large-scale renewable energy developments?

The answer is complicated because a renewable energy development likely contains different aspects (for example: wind turbines, roads and HVDC cables), and the act may treat each differently.

Broadly speaking, these huge developments don’t fall under the right to negotiate, but under lesser safeguards.

Does this matter? Yes, it does. We know from experience in the mining industry that while some companies negotiate fair agreements with Aboriginal landowners, some do not.

Likewise, Rio Tinto’s agreement for the area including Juukan Gorge reportedly “gagged” traditional owners from objecting to any activities by the company, which then destroyed the 46,000-year-old rock shelters.

A matter of leverage

We also know the likelihood of a new development having positive impacts for Aboriginal communities depends in part on the leverage they have to negotiate a strong agreement.

And the best leverage is political power. This comes from the ability to wage community campaigns against companies to force politicians to listen, or galvanise nation-wide protests that prevent work on a development continuing.

Legal rights are also very effective: the stronger your legal rights are, the better your negotiation position. And the strongest legal position to be in is if you can say no to the development.

For land under the Aboriginal Land Rights (Northern Territory) Act 1976, this ability to say no means traditional owners are in a good position to negotiate strong environmental, cultural heritage and economic benefits.

For land under the Native Title Act, traditional owners are in a weaker legal position. It is not a level playing field.

To remedy this imbalance, the federal government must give native title holders the same rights for renewable energy projects as traditional owners have under the Aboriginal Land Rights Act in the NT.

Or, at the very least, extend the right to negotiate to cover the types of large-scale renewable energy projects likely to be proposed for native title land in coming decades.

We must ensure the transition to a zero-carbon economy is a just transition for First Nations.