Draft EIA 2020: How it may impact North East 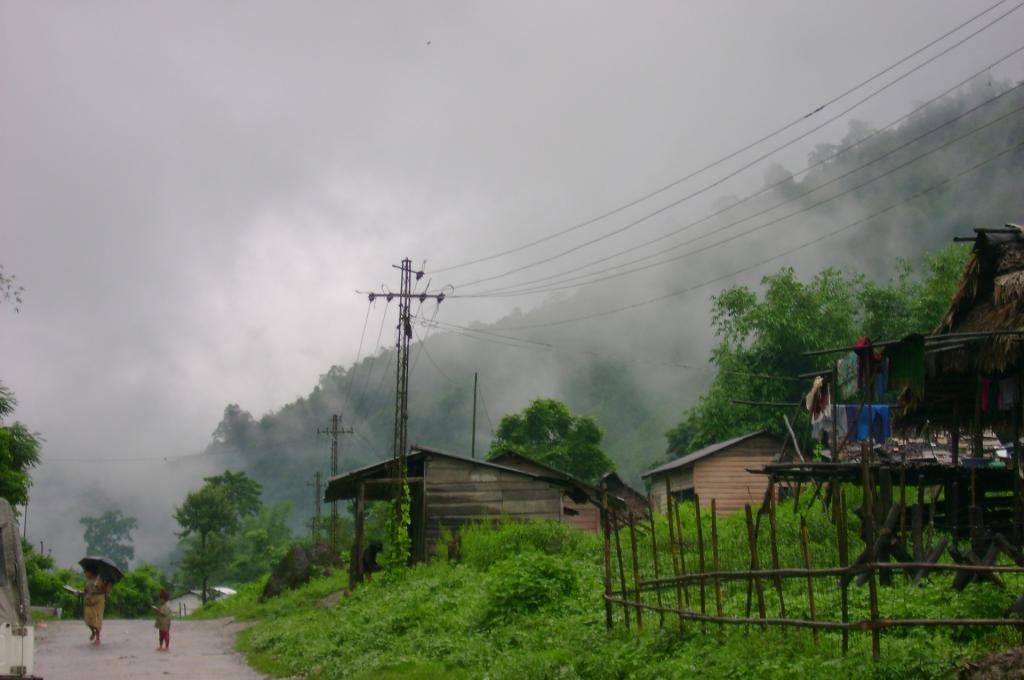 This gradual decline in general and decrease of very dense forests — with canopy cover greater than 70 per cent — is particularly alarming. During 2001-2018, 75 per cent of the total tree cover loss outside the recorded forest area in India occurred in this region.

The region is prone to multiple cycles of heavy floods, grade-V earthquakes and landslides due to hydrological and seismic fragility.

In 2020, almost 28 of 33 districts at the Barak and Brahmaputra valleys in Assam reeled under floods, 23 small-scale earthquakes hit Mizoram within five weeks and multiple causalities due to landslides occurred in Arunachal Pradesh, Meghalaya and other hilly areas.

A recent government report presented in the climate summit at Katowice, Poland found the north-eastern states to be highly vulnerable to climate change due to low adaptive potential of demographic and livelihood factors.

The development of this region, thus, requires sound socio-ecological planning with proactive mitigation strategies to control the damage to the region’s ecology and society.

The environmental impact assessment (EIA), in this regard, becomes a mandatory exercise for ecologically sound development projects envisaged for the region.

In order to ensure ‘ease of doing business’, the draft EIA notification 2020 weakens the basic vision of EIA, that is, a proactive analysis of impacts on the environment by development projects and providing risk-mitigation strategies.

The proposed changes grant post-facto environmental clearance to industries that operate and pollute without consent from the Union Ministry of Environment, Forest and Climate Change.

The participation of affected communities and the public in general was further limited by reducing the notice period for public hearing to 20 days from 30 days.

Several large-scale projects were re-categorised as B2 (projects that do not require EIA) and thus exempted from it. Given the environmental fragility of the North East, these changes can usher irreversible damage to the region.

Successive governments visualised Arunachal Pradesh as the cradle of India’s hydropower, with there being a plan to develop almost 170 hydro-electric projects that provide around 70,000 megawatts (MW) of power, more than a third of India’s total hydro potential.

Assam, Meghalaya and parts of other states have experienced extraction of coal, allied minerals and oil and gas since the occupation of the British. The current extraction by Coal India Ltd in Assam is at 465 million tonnes (MT), out of the total coal prospect of 525 MT.

A devastating blowout and fire at one of the gas wells owned by Oil India Ltd occurred at Baghjan, within the eco-sensitive zone of Dibru-Saikhowa. Photo: Vivek Menon / Twitter

The coal bearing region of Assam overlaps with the areas adjoining the Dihing-Patkai Wildlife Sanctuary and elephant reserve that harbour dense evergreen forests. Clearance for coal mining at the Saleki proposed reserve forest situated at the vicinity of the sanctuary recently caused a huge uproar from the state’s youth-led environmental groups.

Data from the Union Ministry of Coal suggested only 15 per cent and two per cent of the total coal prospect was established in Meghalaya and Nagaland respectively, with scope for further expansion. The total potential hydrocarbon reserve in the region was estimated to be around 5,040 MT, of which only 44 per cent was established, according to the Union Ministry of Petroleum and Natural Gas.

This left considerable scope for further extraction, with the Hydrocarbon Vision 2030 for the northeastern region aiming to double the production of oil and natural gas.

The present extraction is concentrated in the Upper Assam Shelf Basin. This basin is adjacent to the Dibru-Saikhowa National Park and the Dihing Patkai Wildlife Sanctuary.

A devastating blowout and fire at one of the gas wells owned by Oil India Ltd occurred at Baghjan, within the eco-sensitive zone of Dibru-Saikhowa. Future oil and gas exploration in the region aims to exploit the Assam-Arakan Basin that comprises of the hilly areas in Arunachal Pradesh, Manipur, Mizoram and Nagaland, according to the Hydrocarbon Vision.

The recent Baghjan blowout and fire incident provides the greatest example to show how poor or no EIA of extractive development projects can impact the local ecology and society in future.

OIL was extracting oil and gas without proper environmental clearances and biodiversity impact assessment. It violated all environment-related acts and rules of the country during its operation.

The draft EIA 2020 aims to legalise such environmental violations through post-facto clearance without punitive action. Article 371 and the Sixth Schedule of the Indian Constitution provides community ownership over resources in these states.

Each community has their own unique socio-political history, language, social structure and cultural belief system.

The draft EIA 2020 is subverting the Constitution by limiting the inclusion of local decision-making bodies and public participation in the region. The draft also takes away power from affected communities to report environmental violations.

These changes foreground an attitude of profit over people and wildlife, which treats the region only as an extraction frontier that will feed the ‘national interest’.

The draft aims to set up industries within 100 km of the international borders without public consultation. This would affect large sections of all the north-eastern states.

The Hydrocarbon Vision from the region will lead to huge land conversion, especially forested areas, increasing the deforestation rate and carbon footprint of the national economy.

If the staggering number of mining and dam building projects get a nod, the resulting deforestation and earth removal may lead to increased hydro-seismic fragility of the region, causing more intense floods, earthquakes and landslides.

Oil and gas exploration and highway expansion was exempted from the purview of EIA. Without proper environment impact assessments, such developments will increase the vulnerability of the region to climatic shifts.

Land-levelling or securing land through erection of walls or fences and land conversion in general will destroy terrestrial and aquatic habitats that fall under the Himalaya and India-Burma biodiversity hotspots and Central Asian and East Asia-Australian Flyway.

It will exacerbate the survival of various endemic species and impede movement of long-ranging animals like Asian elephants and tigers.

Given the fragile ecology of the northeastern region, there is a massive gap between the requirement of ecologically sound development policy and the actual development outlook of the region.

A strong EIA can bridge this gap with mandatory identification of sustainable development initiatives.

The draft EIA 2020, however, brought forward changes that are both anti-environment and anti-people. It should, thus, be rejected to secure the socio-ecological future of the north-eastern states.