Expedite climate action, focus on protected areas: What Bhupendra Yadav should map out 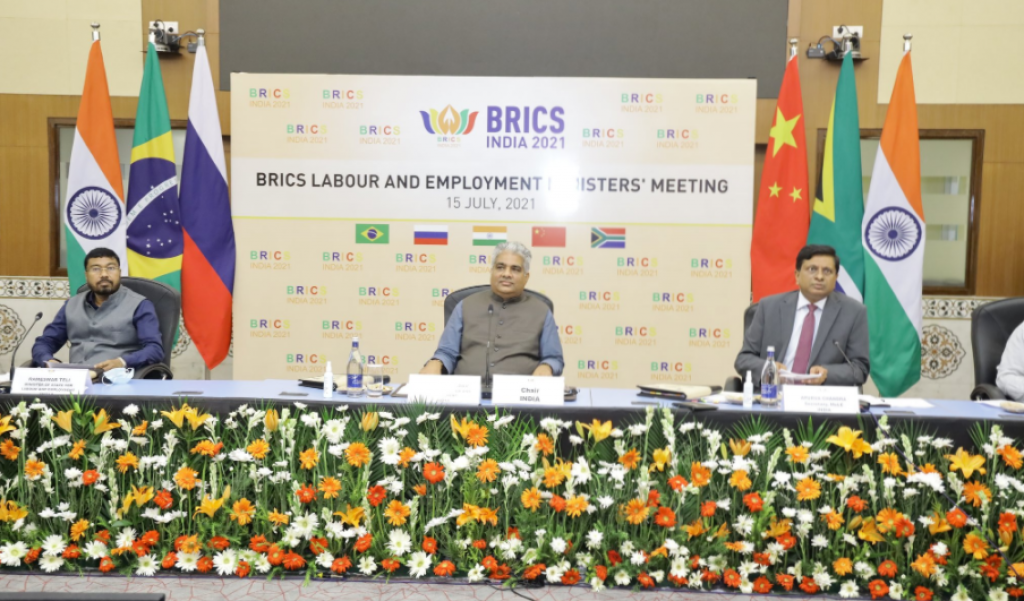 Bhupendra Yadav — lawyer and co-author of the Supreme Court on Forest Conservation book — was sworn in as the second environmental minister of the National Democratic Alliance-II July 7, 2021. Unlike his predecessor Prakash Javdekar — who was appointed as Minister of State (Independent Charge) for Environment, Forests, and Climate Change — Yadav has a Cabinet rank.

Here are the five major environmental governance tasks before the new environment minister.

The fundamental tension that economic growth is threatened by multi-stage clearance processes has become obvious to industrial houses and to the supporters of market-led growth policy-makers in the Union government.

To deconstruct this myth, the environment minister will need all his legal experience to advance the point that a multi-stage and participatory environmental clearance process backed by statutory laws can be more effective and necessary for the growth and sustainability of resources.

Second, there is a need to strengthen the National Green Tribunal (NGT). Over the past few years, the appointment of both judicial and expert members to the green body is pending.

As of July 8, 2021, however, only five judicial members and four expert members were available to hear thousands of environmental litigations in the country. As many as 2,409 cases are pending with the NGT.

Regional benches were closed for several months due to the novel coronavirus disease (COVID-19) pandemic; they have been now hearing cases over video conference.

In the absence of full strength, hearing is delayed and cases are adjourned unabatedly. This has defeated the purpose of constituting specialised environmental adjudication institutions for an effective and expeditious disposal of environmental cases.

The environment minister must exert himself in this regard.

Because of failure in implementation and weak regulatory mechanisms, India secured 168th rank in the global environmental performance index, 2020 report prepared by Yale University and Columbia University in collaboration with the World Economic Forum.

Why would India’s environmental performance see par below many of the developing countries?

Consider the case of LG Polymers India Pvt Ltd. The company was operating without environmental clearance for its Visakhapatnam plant. This came to public knowledge only a day after a toxic gas leak from the unit left 11 people dead in May 2020.

Both the Supreme Court and NGT have, on several occasions, expressed their anguish against the pollution control boards for giving Consent for Establishment and Consent for Operation to industrial units without environmental clearance.

There is an urgent need for both vertical and horizontal integration and coordination of environmental regulatory authorities operating at multiple levels to move towards a sustainable future.

Fourth, India’s climate action plans and commitments in the Paris Agreement, 2015 need to be expedited. On the positive note, while India has achieved its voluntary target of reducing intensity by 21 per cent given its target to reduce the emissions intensity of Gross Domestic Product by 33-35 per cent by 2030 — and with 38 per cent of non-fossil fuel capacity — India is just 2 per cent short of its 2030 target of 40 per cent of installed non-fossil fuel electricity capacity.

Its efforts to achieve 2.5-3 billion tonnes of carbon dioxide equivalent in forest cover by 2030 have been slow. Delaying climate action is no longer an option for India. The environment ministry needs to engage with other departments — especially the ministry of transport, housing, power, industry and agriculture — so that coordinated efforts can be made to introduce policies to decarbonise the economy and achieve India’s climate targets.

Fifth, the focus on protected areas and coastal zone management has been neglected for quite some time and decisions taken to liberalise these areas for various industrial and linear projects.

Take the case of protected areas. Several studies and media reports suggest that in the recent past, diversion of forest areas in protected areas — considered as inviolate areas — have increased multi-fold.

For example, the National Board for Wildlife had approved the diversion of around 1,792 hectares of wildlife habitat for 48 projects in 2020 during lockdown, which severely restricted field visits to assess the impact of such diversion on the ecosystem.

Similarly, the office memorandum of the Ministry of Environment, Forest, and Climate Change dated February 19, 2021, stated that all permissible activities in coastal regions that commenced without prior permissions would be considered for prospective clearance if they apply for such a clearance to the coastal regulation zone management authority.

They would have to compensate by paying for a conservation and environmental management plan and avoid the risk of closure.

This is an attempt to legalise illegality and will have major implications on the coastal environment. Any plan to dilute coastal regulation can never be in the interest of the local community and is likely to cause irreversible damages to the coastal regions.

It is high time that the environmental minister stopped being lackadaisical in its policy towards protected areas and coastal regions.