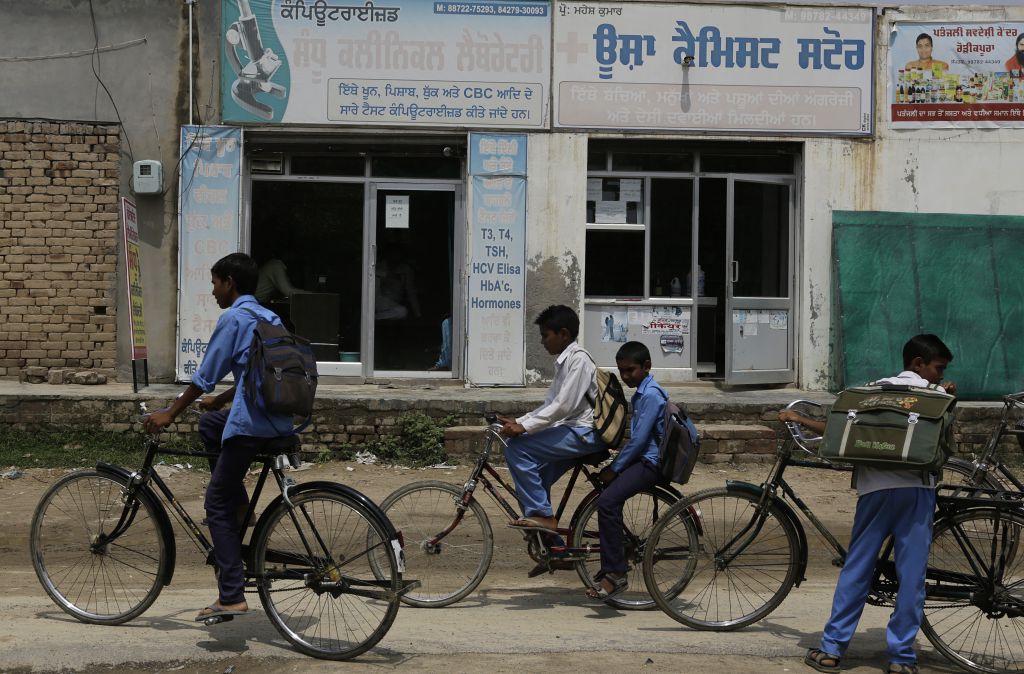 Malnutrition is among the major contributors to disease burden in India. Children and women are the most susceptible to the malaise across the country; Dharni block in Maharashtra’s Amravati district is grappling with a unique burden.

When the authors visited the homes of SAM children to conduct a survey in May 2021, they observed a condition that Anganwadis had not made any note of: Acute muscle wasting called ‘Sukhti’. The condition among children was demeaned by some parents, the authors observed.

At least 5,910 children were medium underweight and 1,457 severe underweight. The amount spent on eggs per kid was Rs 96 in May.

Between May 2020 and May 2021, the infant mortality rate in Dharni was 37.28 per cent and maternal mortality rate was 3.25 per cent, higher than the state and national average.

The World Health Organization (WHO) in 2006 announced anthropometric measures such as stunting, wasting and underweight to assess the nutritional status of children. The core elements of these measures are height, weight, body mass index and arm circumferences.

Integrated Child Development Service, which provides an integrated package of services like nutrition, healthcare and preschool education, is driven by Anganawadis that have been working at the village level since 1975.

While Anganwadi workers measure weight, height and arm circumference, the final register based on which the nutritional supplement supply is made only accounts for weight by age of children aged 0-6 years.

In Patiya village alone, the authors confronted three cases of ‘sukhti’ among children who had severe and medium acute malnutrition.

There were no cases of severe malnutrition in the Karada village where the Panchayat office is located. While Patiya and Karada villages are administered by the same Panchayat — and property maintenance, water supply, and arogya tax is paid by all households — there is a huge gap in the status of nutrition among children between these two villages.

The government flagship scheme — APJ Abdul Kalam Amrut Aahar Yojana — was started in November 2015 to give free food enhancements to pregnant and lactating women. Dharni has 2,057 pregnant mothers and 1,801 lactating mothers. The amount spent for each pregnant or lactating mother in the block was Rs 875 in May.

Maharashtra has fostered a three-level framework to treat kids against malnutrition: Children’s care center (Anganwadi), NRC (Nutrition Rehabilitation Centre), and VCDC (Village Council of Development Committee). NRC and VCDC were undertaken by the state government in 2013-14; the state had 24,167 NRC and VCDC in 2013-14.

NRC provides food to children, monitors their height and weight and gives counselling to mothers / caregivers. But Dharni faces a challenge in this regard as villagers barely take any clinical consideration proposed by Anganwadi or ASHA workers.

The offices on ground deal with resistance from residents, according to child development officer, Dharni. Villagers are not aware enough to understand the need for medical aid and few still practice Bhumka, a superstition practice to cure disease among Korku and Gonda tribes.

The authors attempted to persuade the father of Nilesh (a kid experiencing Sukhti in Patiya) to enrol him in NRC, but the father did not budge. Nilesh has two more siblings; his mother is expecting one more.

The novel coronavirus disease (COVID-19) pandemic has exacerbated the problem in Dharni. Medroxyprogesterone, a contraceptive injection that suppresses ovulation in women and helps control fertility, would be given to women in the block. But the supply of this injection has been disrupted due to the pandemic.

Before pandemic, a boiled egg was provided at the Anganwadi centre four days a week to children registered; now four raw eggs are provided to children only once a week.

Take-home ration comprising of nuts, wheat / rice, masur daal, turmeric powder, red chili powder and salt is provided at home. But sugar is provided to children instead of soyabean oil: When the rising price of edible oil is concern, substituting oil with sugar in THR is taking a toll on the health of the children.

There is a need to understand that a few villages have not yet arrived at the necessary point to qualify under measures given by the WHO. Villages of Bobado Panchayat achieved this threshold in 1990; it does not have any malnourished children anymore.

The severity of child malnutrition arose in Dharni due to a poor maternal health associated with several factors like lack of education, not maintaining an adequate gap between delivering two kids, etc.

A lack of initiative by administrators and local institutions to spread awareness about the ill effects of malnutrition leads to chronic disease such as muscle wasting. There is a need to go beyond the monitoring task of administrators to work effectively through the target approach schemes of the state government.