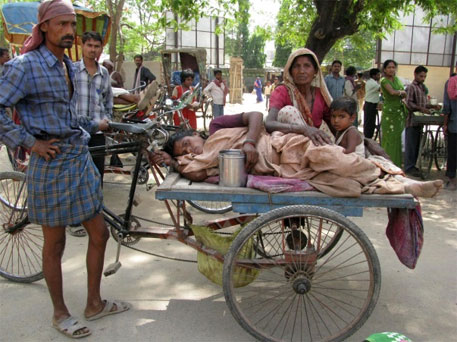 A case in point is that of 33-three-year-old Sunita Devi of Hathitola village in Maner block. She was in her 16th week of pregnancy when she approached a local ultrasound clinic to find out the gender of the unborn child. She nearly fainted when the medical staff informed her that she will give birth to a girl child.

Sunita, who already had four daughters and a son in 12 years of her marriage, approached her husband Rampravesh Ram to inform him that she was again expecting a girl child. He was furious at the news of a fifth girl child and forced her to undergo abortion.

She started bleeding profusely during the operation and was rushed to another private clinic before being referred to Patna Medical College and Hospital. Sunita was again shifted to Kurji Holy Family Hospital where she died within 24 hours on September 4.

The horrifying case came to light during a “verbal autopsy” of community-based maternal death review held in the two blocks of Patna-Maner and Phulwarishariff, conducted by Centre for Health and Resource Management (CHARM) and Oxfam. Executive director of Charm, Shakeel ur Rahman said it was shocking that gender determination test, which is banned in India, is being clandestinely conducted in the state capital.

The CHARM-Oxfam report consists of “verbal autopsies” conducted with help of families of women who died during pregnancy, childbirth and related complications from 2013 to 2014.
Despite a government rule mandating review of each and every maternal death by district magistrates every month, Sunita’s case is still pending.

People who prepared the Oxfam-CHARM report claimed the ultrasound clinic that conducted the gender determination test on Sunita is still doing brisk business.

Another key point concern highlighted in the report is shuttling of expecting mothers from government hospitals to private nursing homes. “Six out of 14 cases of deliveries were referred to private clinics without assigning any reason,” the report states.

Rahman points out that there is no government control over private clinics. Apart from gender determination test, stiff charges of private clinics prove a major hurdle in accessing maternal care in the state.

There are more details in the report. Out of 14 maternal deaths reviewed, three deaths each were reported in government hospital and private clinics. Two deaths happened at home and maximum number of six deaths happened during transit. Rambali Yadav, a resident of Maner, revealed that there is not a single government hospital in Maner block to deal with serious cases. “We have to take patients to PMCH around 25 km from here. Patients die during transit,” he said.

Maternal mortality not a priority

According to the Sample Registration System (SRS) of the Registrar General of India, Bihar is witnessing declining maternal mortality rate (MMR) which is down to 219 per 100,000 live births in 2010-2012, from 531 deaths per 100,000 live births in 1997-1998. “MMR in the state can be controlled to a large extent if state government ensures a good ambulance service and community based review of maternal deaths,” Rahman added.

The report recommends that community-based review of maternal deaths will expose many loopholes. Unfortunately, maternal death reviews are not even on the priority list of district administration in the state.