How smart is a smart city?

Smart is as smart does. The NDA government’s proposal to build 100 “smart” cities will work only if it can reinvent the very idea of urban growth in a country like India. Smart thinking will require the government to not only copy the model cities of the already developed Western world, but also find a new measure of liveability that will work for Indian situation, where the cost of growth is unaffordable for most.

The advantage is that there is no agreed definition of smart city. Very loosely it is seen as a settlement where technology is used to bring about efficiency in resource use and improvement in the level of services. All this is needed. But before we can bring in smart technology, we need to know what to do with it. How do we build new cities and repair groaning urban settlements to provide clean water to all, to manage the growing mountains of garbage, to treat sewage before we destroy our rivers and to do something as basic as breathing without inhaling toxins? 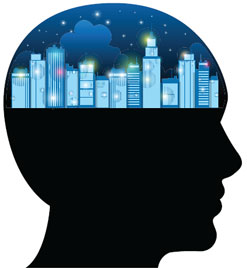 It can be done. But only if we have our own dream of a modern Indian city. We cannot turn Ghaziabad, Rajkot, Sholapur, Tumkur or even Gurgaon into Shanghai or Singapore. But we can turn these cities into liveable models for others to emulate.

Take water, sewage, mobility or air pollution. The current model of resource management, developed in rich Western cities, is costly. It cannot be afforded by all. Even these cities cannot rebuild the paraphernalia for providing services to their people. This system was built years ago, when the city had funds and grew gradually with recurring, high investment. Even if we were to build greenfield cities, we cannot wish for such investment. We need a new approach to humane urban growth.

The first principle in this is to accept that we have to renew what already exists. Take water, for example. Our cities have been built to optimise on the available resources. They were smart in building lakes and ponds to harvest every drop of rain. This ensured that the city recharged its water table and did not face floods every time it rained. We need to revive that system. It may not be adequate to meet the growing needs of the city, but will cut costs by reducing the length of the pipeline and bring down distribution losses. Once we do this, we should add the smartest technology for measuring supply and for reducing demand. Flush toilets are antiquated. We need smart appliances to conserve water and smart ways to recycle it.

This then is the next agenda. We know our cities do not have underground sewerage to speak of. A very un-smart thing to do would be to fall into the trap of civil engineers to build sewerage network. Delhi, which has the highest network of sewerage lines (some 5,000 km), needs to build another 10,000 km to meet the need of its current population. Now, knowing that the existing network, built over a century, is already clogged and broken, the task is impossible.

We know our cities used septic tanks or open drains for sewage management. So instead of burying these drains, the aim should be to treat sewage in these channels and to reuse the recycled water. Use the trajectory of the mobile phone; build future solutions by skipping the landline.

We can do this in the case of energy as well. Today, our cities are pampered by subsidy because energy cost is high and supply is squeezed. Why can’t we build a new grid for the city based on solar rooftop generation and super energy-efficient appliances?

This should also be the approach for designing mobility. Our cities have been built to be car-free. We are now desperately shoving, pushing and parking vehicles down the narrow lanes. Think smart. Change the idea of mobility itself—build for walking, cycling, bus and metro.

So we can only build smart cities if we are smart. Really smart.