Filthy India? Have you looked at your own country, President Trump 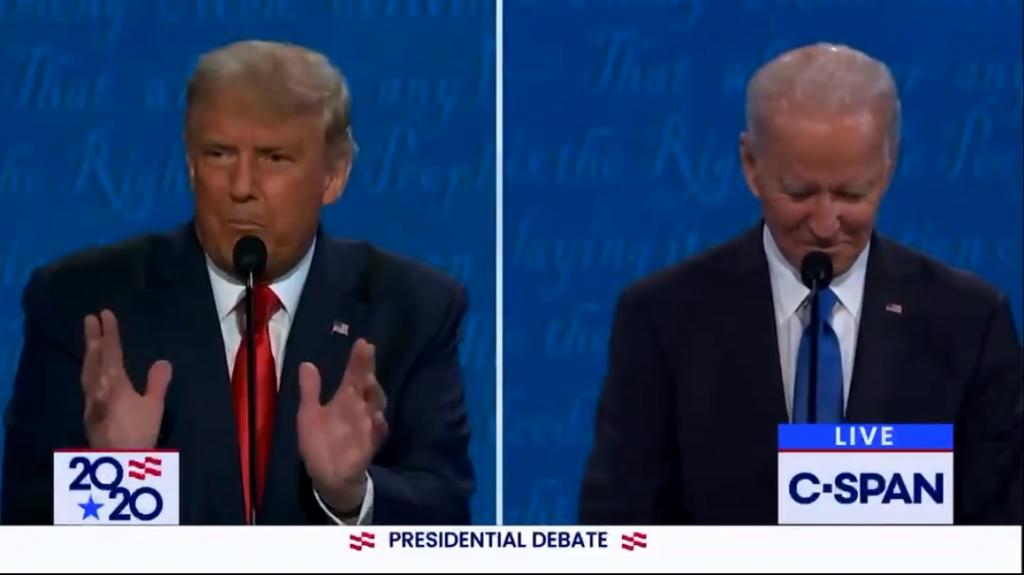 Climate change was one of the six topics for discussions and on a question on how he would combat climate change and support job growth at the same time, President Trump launched into a tirade against the 2015 Paris Accord and said emphatically: “Look at China. How filthy it is. Look at Russia. Look at India, it is filthy. The air is filthy.’’

He also claimed the US has the “lowest number in carbon emissions”.

Data, however, says otherwise. Historically and hitherto, the United States has the largest share of anthropogenic greenhouse gas emissions in the atmosphere. It is the highest per capita emitter of greenhouse gases (GHG) in the world and is the second-largest absolute emitter. India’s historical emissions have been far lower and the gap between India and the US widens by a large factor when considering per capita emissions.

Top greenhouse gas emitters, excluding land use change emissions due to lack of reliable country-level data on an absolute basis (left) and per capita basis (right). 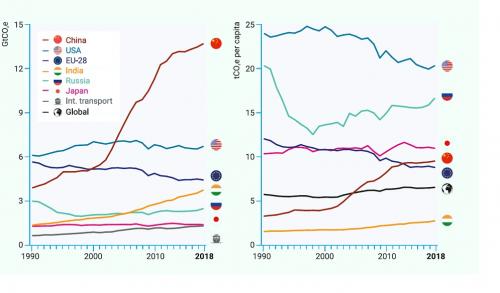 The Climate Action Tracker has estimated that US GHG emissions in 2020 will be 10–11 per cent lower than 2019 due to the novel coronavirus disease (COVID-19) pandemic.

However, the Trump administration’s decision to not focus on a green recovery but instead use the pandemic as justification to continue relaxing environmental regulations will limit full potential reduction in emissions.

The Climate Action Tracker has also rated the US as ‘critically insufficient’ on progress towards the globally agreed aim of holding warming well below 2 degrees Celsius (°C) and pursuing efforts to limit warming to 1.5°C.

Under this categorisation, the Nationally Determined Commitments (NDC) of the US fall well outside of the country’s ‘fair share’ range and are not consistent with holding warming to below 2°C. If all other government NDCs were at this range, then warming would exceed 4°C.

Furthermore, the Trump administration is also set to exit the Paris Accord on the day after the US election, joining Iran and Turkey as the only major countries not to participate in the agreement.

The administration has been accused of dismantling climate policies and rolling back measures governing clean air, water, wildlife and toxic chemicals. A New York Times analysis counts 72 environmental rules and regulations officially reversed, revoked or rolled back under President Trump with another 27 rollbacks in progress.

The Affordable Clean Energy (ACE) Rule, which replaced the Obama Administration’s Clean Power Plan, was met with widespread criticism for the likelihood that the new rule would not only fail to result in a demonstrable improvement in the power sector’s GHG emissions, but is also likely to increase the level of climate pollutants coming from fossil fuel-fired power plants.

The Environment Protection Agency’s analysis shows that ACE will result in up to an additional 1,630 premature deaths, 120,000 asthma attacks, 140,000 missed school days, and 48,000 lost working days in 2030 compared to the earlier legislation.