At least 5,882 hectares of cultivable lands in five blocks of Balasore district affected by sea water 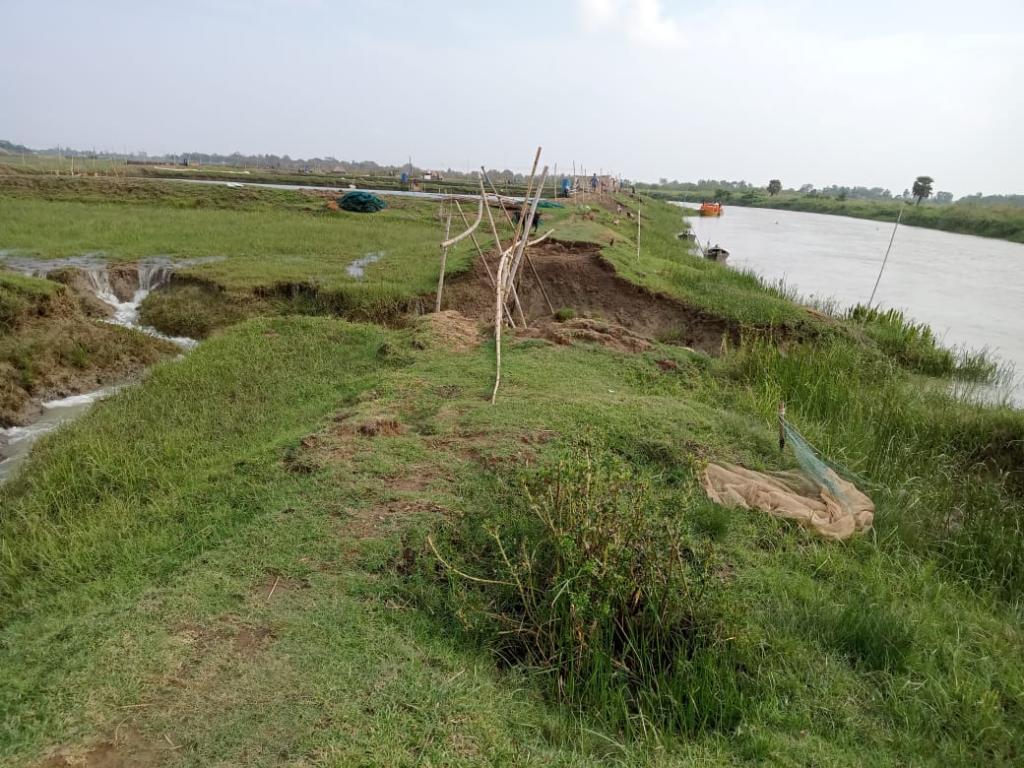 The aftermath of Cyclone Yaas continues to ring through Odisha a month after it struck the state: At least 5,882 hectares of cultivable land in five blocks of Balasore district has been affected by sea water; around 1,400 ha farmland has been hit in three blocks in Bhadrak district, sources said.

Among the worst affected is Chaka Sarth village in Balasore: All the standing crop as well as 217 hectares of fertile land there is damaged.  The farm lands across the state are still inundated with saline water that entered the villages as rain water breached embankments.

As many as 300 farmers from the village are in a fix on whether to start cultivating Kharif crop on the inundated lands. Even if the water recedes, the land may not be fit to grow the Kharif crop due to heavy salt deposits, farmers said.

Chaka Sarth is not the only affected village. Large tracts of fertile land in two other districts have turned into saline soak land. The farmers affected in Odisha lamented their only source of livelihood was threatened.

“I harvested bumper paddy from my one hectare of land in 2020. I am now worried over how to use the same land for cultivation,” said Pramod Majhi, Chaka Sarth.

The Odisha government has entrusted the Odisha University of Agriculture and Technology, Bhubaneswar, and National Rice Research Institute, Cuttack, with examining the salinity in farm lands and suggest suitable crops in the areas.

Scientists at these two institutes had visited the affected areas in the first week of June. They picked soil samples from multiple to examine the salt-resistance crops that can be cultivated in those areas, said Bhadrak Jagannath Nanda, chief district agriculture officer.

“The breach of embankments caused damage to paddy fields.  Farmers are now waiting for the rains that can minimise the impact of salt on the land.  The rainwater can drain out the salinity,” said District Agriculture Officer, of Balasore, Prasad Kumar Nayak.

The assistance package of the state government to the Yaas hit farmers also included Rs 6,800 input subsidy per hectare to small and nominal farmers, with 33 per cent or above damage in non-irrigated land.

In irrigated areas, input subsidies of Rs 13,500 per hectare and Rs 18,000 per hectare for all types of daily crops. Mango, cashew, coconut, betel, kewda and other crops are included in the daily crop category.