As Monsoon 2021 reaches its end, DTE traces its erratic trajectory

August was a very dry month with just one low pressure area; such areas could reduce in the future due to global warming 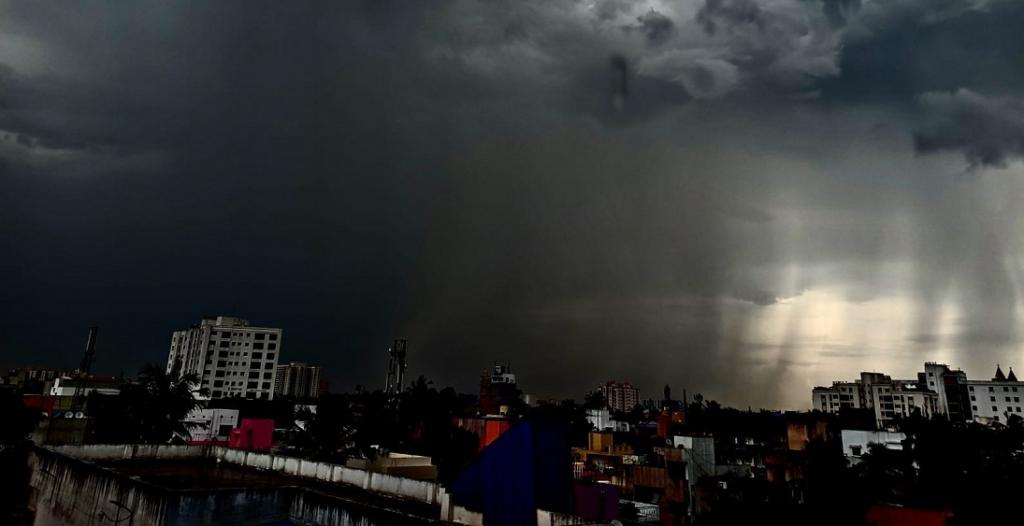 The southwest monsoon season in 2021 has been a tough one to describe for forecasters and scientists and an even more difficult one for farmers to plan their agricultural activities. For some states and Union Territories like Jammu and Kashmir, Gujarat, Kerala, Odisha and Manipur, the entire season remained lean while for other states like Bihar, the rainfall that arrived remained erratic.

As of August 29, Manipur has the highest rainfall deficit in the country at 58 per cent and is closely followed by Ladakh at 52 per cent and Gujarat at 50 per cent.

Now as they bid farewell, the monsoon winds may throw up some surprises as well. While there is a risk that a looming La Nina phenomenon may delay the withdrawal, like in 2020, some forecasters have predicted an early or an on-time withdrawal for the season this year.

“The southwest monsoon is likely to withdraw from Delhi between September 13  and September 23 and then from the central part of India between September 30 and October 10, 2021 and two days later from northern Telangana,” Elena Surovyatkina, a climate scientist at the Potsdam Institute for Climate Impact Research in Germany told Down To Earth (DTE). This is around five days earlier than the normal dates.

She also predicted that the northeast monsoon season will begin on time around the middle of October. The forecast is a warning for farmers who will be getting ready to harvest their Kharif crops.

That is because even after the withdrawal of the southwest monsoon, the month of October may be rainier than usual. A rainy October in 2020 had destroyed large swathes of crops in many parts of the country. Agriculture has taken a blow throughout the season.

The season started with a blast on June 3 when, aided by Cyclone Yaas, the monsoon winds brought heavy rainfall to many states in the first three weeks of the month, causing floods.

The worst-affected state was Bihar, which normally receives most of its rainfall in July and August. The people of the state were taken by surprise due to the early and heavy downpours.

At the end of June, Bihar was reeling under an excess rainfall of 105 per cent, the highest in the country. At the same time, Kerala, which usually receives a significant amount of rainfall in June, had a 39 per cent deficit in rainfall. The country-wide excess in rainfall was seven per cent.

Around June 13, the monsoon winds slowed down and the onset over many parts of northwest India, including Delhi, got delayed. There was little progress between June 13 and June 19 after which, the winds stalled completely.

The winds progressed again only on July 13, ending a 24-day long hiatus, during which period the monsoon trough also moved northward, indicating a break period in the monsoon.

When the monsoon is in its break phase, only some parts of India receive rainfall. Hence, there was not much rainfall during these weeks over large parts of the country.

The situation did not turn even after the monsoon became active again. In July, there was some relief as there were three low pressure areas that formed over the Bay of Bengal throughout the month and brought some rainfall to the central states.

However, most of this rainfall happened towards the end of the month. At the end of July, Bihar’s excess had come down to 19 per cent, which has stayed around that mark even during August.

August has been perhaps the driest month in the current monsoon season. Apart from the monsoon going into a break phase during the month, there was only one low pressure area during August.

This is when the maximum number of low pressure areas usually form during the month, followed by September, according to Sandeep Sukumaran, assistant professor at the Centre for Atmospheric Sciences at Indian Institute of Technology, Delhi.

The least number of low pressure areas form during June, followed by July. The average number during the entire season generally remains between 12 and 14.

In 2020, August had witnessed record-breaking rainfall throughout the country, especially in the central belt because of the formation of five back-to-back low pressure areas during the month. This shows a large year-on-year variation in rainfall, making it difficult for farmers to cope up.

For 2021, Raghu Murtugudde, a climate scientist at the University of Maryland, said the number of low pressure areas had remained low during the season because of warming during June and July in the equatorial Atlantic Ocean often known as the Atlantic Nino pattern.

Murtugudde and his team had studied a similar occurrence back in 2014, when warmer-than-usual sea surfaces in the equatorial Atlantic had caused significant dip in the number of low pressure areas in the Bay of Bengal.

Since last winter (2020) was La Niña and we expected no El Niño this year, I thought it would be a normal year at least and if we go into a La Niña this year again, it could even be a wet year. But the story evolved with deficits over Gujarat and the Northeast from the very beginning and the dynamics has persisted this pattern. The low pressure areas have added to the woes in terms of keeping the rainfall normal or below normal even over the rest of India.

Sukumaran said: “There is a year-to-year variation in the number of storms (low pressure areas). So, we cannot say that fewer systems this August are due to climate change.”

But his research predicts a significant reduction in the number of low pressure areas in the future if global warming continues at its current pace.

Typically, they propagate across the Indian landmass in the northwest direction. These storms contribute more than 50 per cent of the rainfall over central India. The changes in low pressure area activity can change the pattern of monsoon rainfall, according to Sukumaran.

“Our study suggests that, in future, the stronger low pressure areas that form over the Bay of Bengal would decrease by more than half and there is a slight (10 per cent) increase in the land-based low pressure area formation,” he said.