Climate change behind increasing variability and unpredictability of rainfall in the region, say experts 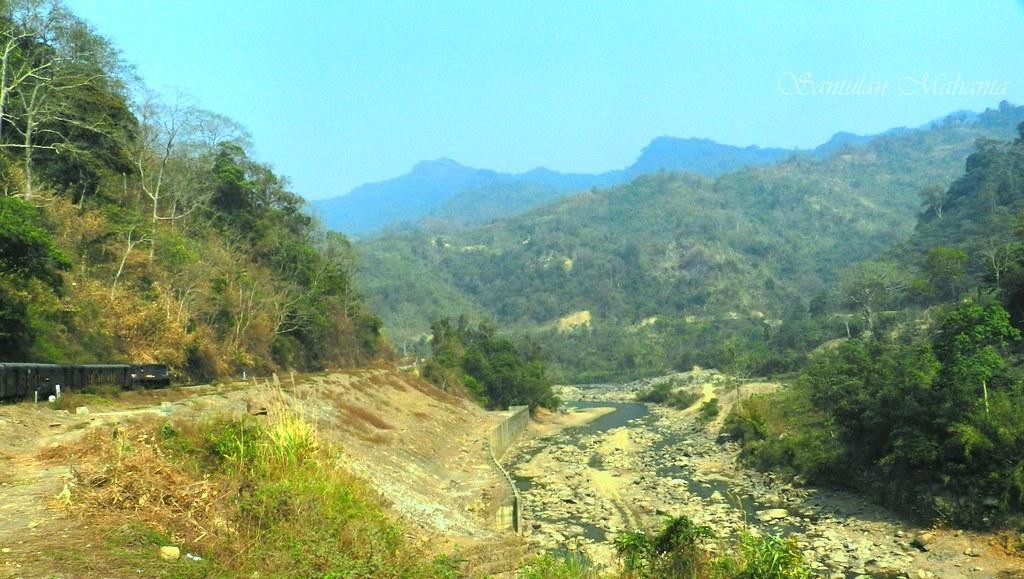 The climate of North East India is changing: Rainfall patterns over the region in the last century have considerably changed, resulting in its overall drying up. The India Meteorological Department September forecast stated that normal to below-normal rainfall was most likely to continue over many areas of northwest and northeast India.

What are rainfall patterns in the region changing?

An aspect of warming that influences rainfall is drying of the land, which increases the frequency and intensity of dry periods and droughts. An increase in moisture and the drying up together change the rainfall patterns in unpredictable ways.

Other climatic factors such as the increased snowfall in the Eurasian region also impact monsoon rainfall in North East India. Excessive snowfall in Eurasia causes cooling of the atmosphere of region, which triggers events eventually leading to a weak summer monsoon season there.

A study in JGR Atmospheres attributed the decrease in rainfall to sea surface temperatures over the sub-tropical Pacific Ocean, which vary in a cycle and each phase of which lasts a decade. The peak comes every 20 years and is known as the Pacific Decadal Oscillation (PDO).

A Journal of Climate research paper from 2016 also found that PDO is being influenced by global warming as it decreases the difference of temperatures among the layers of the ocean. It said the peak of PDO will change from 20 to 12 years, which may have an impact on the monsoon rainfall in the North East India.

These factors may be at play in the north-eastern region of India.

“The variability and the unpredictability of rainfall may be increasing because of climate change,” said Partha Jyoti Das, head, Water Climate and Hazard (WATCH) programme, non-profit Aaranyak, Guwahati.

Das cautioned that one cannot be sure about the exact impact of climate change on the rainfall in the region for the lack of data and credible long-term research on the same. This is because there is no data collection infrastructure. The data that is collected is not of high quality, which means that no fool-proof analysis can be carried out.

This is when a good analysis of rainfall in the mountain states, in fact, needs even more data points than the plains; the variability of rainfall is high with frequently changing micro-climates. This further creates challenges as day-to-day or seasonal weather forecasting cannot be carried out.

“The exact impact of climate change in the region can only be known correctly once all other natural and human-made factors have been studied and accounted for. The residual impact can then be attributed to climate change.”

The future climate scenarios look bleak for the region, even though they should be taken with a pinch of salt due to lack of data. They show an increase in temperatures and in rainfall, in contrast with the evidence of decrease in rainfall over the past century.

The Union Ministry of Environment, Forests and Climate Change has projected that temperatures in the region will rise by 1.8-2.1 degrees Celsius by the end 2030. Annual mean rainfall can rise by 0.3-3 per cent in the same period.

The Global and Planetary Change paper forecasts that the annual mean surface temperature will rise by 0.64°C between 2011 and 2040 and 5.15°C by the end of the century. Rainfall may increase by 0.09 millimetres / day that amounts to an annual increase of 33 mm.

In Assam, the Indian state most vulnerable to climate change, models predict an increase in temperature of 1.7-2.0 degree Celsius between 2021-2050. The variability in rainfall could be between a decrease of 5 per cent in north-western districts to a 25 per cent increase in the central and southeastern districts, according to the state’s action plan on climate change.

The scenario is much more uniform in other states. “Annual rainfall predicted to decrease by 5-15 per cent in the 2050s as compared to the baseline and increase by 25-35 per cent towards 2080s,” stated Arunachal Pradesh’s state action plan on climate change.

In Nagaland, temperature may rise by 1.6-1.8 °C and rainfall by 15-20 per cent between 2020 and 2050, especially in Wokha and Tuensang districts. Districts such Phek, Tuensang and Kohima are going to witness more extreme rainfall days.

This changing rainfall pattern, especially during the monsoon season, affects the flow of rivers, extent of snow cover and health of mountain springs, which in turn have an impact on livelihoods, especially agriculture and fishing, forest flora growth, animal and bird habitat (and behaviour) and other ecosystem aspects.

There is some evidence of the changing course of rivers from several districts in Assam such as Lakhimpur and Dhemaji, where the Subansiri, Dibang (tributaries of Brahmaputra) and Brahmaputra rivers are changing courses in unexpected ways.

One reason for this could be the increased rainfall in the Upper Siang, Upper Subansiri and Lower Dibang Valley districts of Arunachal Pradesh, which lie upstream of Lakhimpur and Dhemaji. In Arunachal Pradesh, the Papum Pare district has also been affected by the changing course of Dikrong river.

“Shifting of river courses depends on sediment mass and momentum and rivers are the most important weathering element that generate the sediments,” said Das. He explained that extreme rainfall events being caused by global warming trigger a cascade of events such as accelerated soil erosion along the hill slopes devoid of forest cover. This increases surface run-off of rivers and changes their course.

The new courses taken by the rivers are often the ancient paleo-channels that it has abandoned for centuries and where people have settled to avoid flooding.

“Because of its unique topology and steep slopes suddenly giving way to plains, the region is prone to river course changing. But now, the frequency of these changes is increasing because of heavy rainfall and other factors,” said Mahanta.