Cyclone Yaas may turn extremely severe by May 25 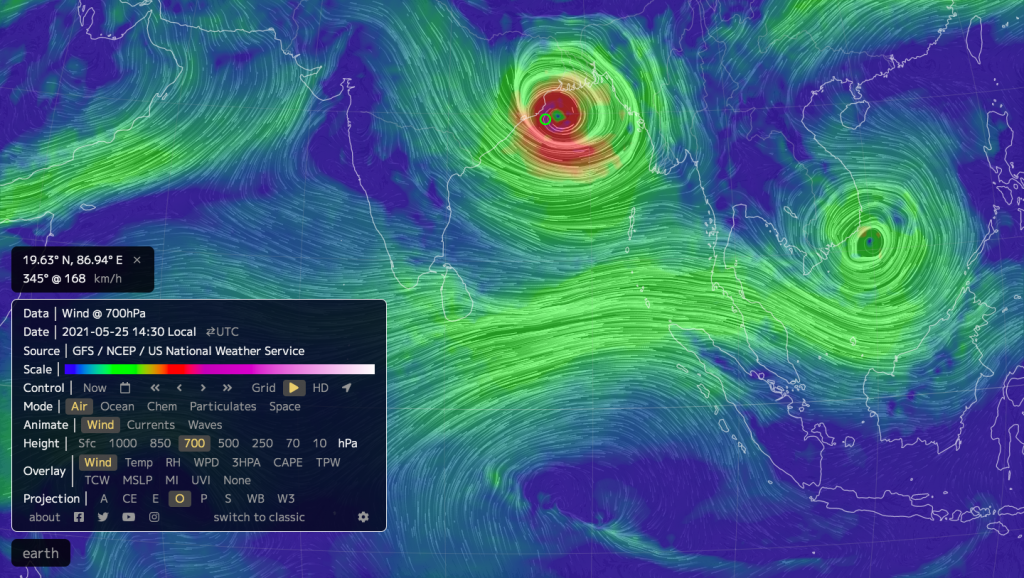 While the remnants of extremely severe Cyclone Tauktae are still causing rainfall over the north, north-west and central India, another powerful cyclone is brewing in the Bay of Bengal.

The current cyclone, which will be called Cyclone Yaas when it forms, is likely to become an extremely severe cyclone, according to data from the Global Forecasting System of the United States’ National Centers for Environmental Prediction.

The data also shows that the cyclone might reach very close to the border of Odisha and West Bengal, keeping both the states on their toes for the next few days, especially during a deadly second wave of the novel coronavirus disease (COVID-19) pandemic.

The unpredictability of recent cyclones, including Tauktae in the Arabian Sea, means that the India Meteorological Department (IMD) as well as the state authorities and the general public will have to be alert at all times. A much stronger storm than currently predicted could be in the offing.

The low-pressure area that will eventually intensify into cyclone Yaas is likely to form on May 22 over the north Andaman Sea and east central Bay of Bengal, according to IMD.

It has predicted that the low-pressure area might intensify into a cyclone by May 24 and move in a north-westward direction. The weather agency has not said anything about further intensification as of now. It has forecast that the cyclone will likely reach close to the Odisha and West Bengal coasts by the morning of May 26.

The IMD has issued alerts for light to moderate rainfall over the Andaman and Nicobar Islands on May 22 and 23. A similar alert has been issued for Odisha and West Bengal for May 25 onwards. The winds of the cyclone will reach the eastern Indian coast by May 25 and increase gradually.

Another powerful cyclone, Fani, had formed in 2019 in April and made landfall in May. It had also showed rapid intensification along with a long stay over the ocean surface and over land after making landfall.

According to a report published in the journal Nature by scientists from the Indian Institute of Tropical Meteorology (IITM), Pune, in February 2021:

The Madden Julian Oscillation and anomalous high sea surface temperatures provided conducive dynamic and thermodynamic conditions for the genesis of cyclone Fani, despite forming very close to the equator where cyclogenesis is generally unlikely.

The study added that “favourable ocean subsurface conditions and the presence of a warm core eddy in the region led to its rapid intensification to an extremely severe cyclone.”