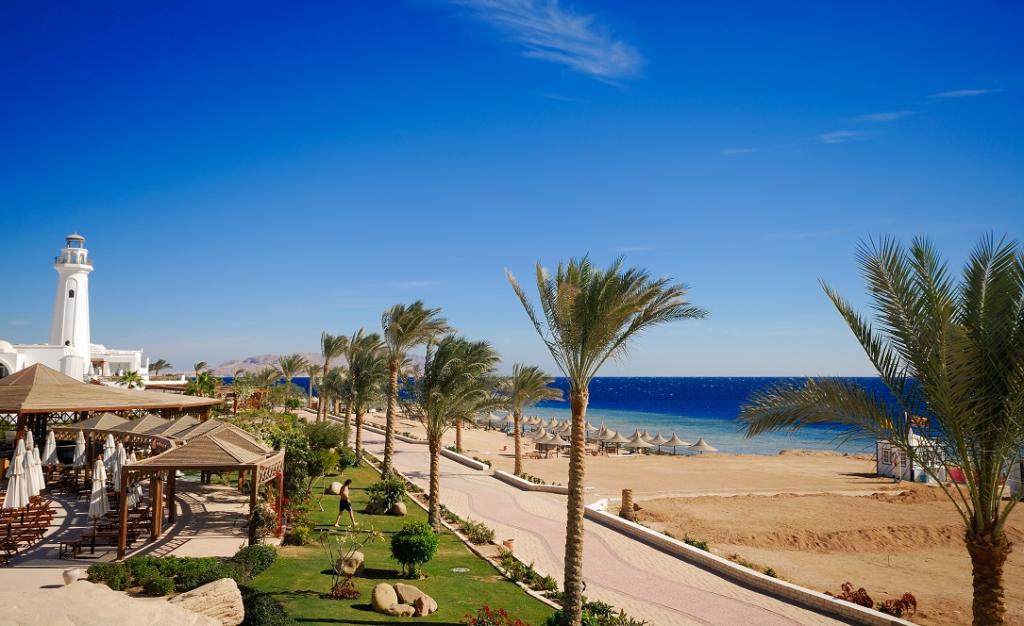 CoP27 is to be held at Sharm El-Sheikh on Egypt’s Red Sea coast from November 6-18. Photo: iStock

The United Nations Framework Convention on Climate Change (UNFCCC) Conference of Parties 27’s (CoP 27) Egyptian presidency September 29, 2022 named Coca-Cola Company — one of the biggest plastic polluters in the world — as the official provider and supporter of the year’s biggest climate change conference.

CoP27 is to be held at Sharm El-Sheikh on Egypt’s Red Sea coast from November 6-18. Countries under the UNFCCC will negotiate on mitigation, adaptation and financing aspects of action on climate change at the summit.

Coca-Cola would be partnering with Egypt’s Ministry of Foreign Affairs for the event. While the financial aspect of the deal is not known as yet, CoP26 in Glasgow was sponsored by eight companies and the deal was worth $280 million.

No other private company apart from Coca-Cola has been announced as sponsor, provider or supporter for CoP27. There were some big polluters among the companies last year as well, like Unilever and Sainsbury.

Coca-Cola, as part of the statement from the CoP27 presidency, claimed that climate was a key area of focus for the company as it “works towards its 2030 Science Based Target of an absolute 25 per cent emissions reduction and its ambition to be net zero carbon globally by 2050”.

“Through the CoP 27 partnership, the Coca-Cola system aims to continue exploring opportunities to build climate resilience across its business, supply chain and communities, while engaging with other private sector actors, NGOs, and governments to support collective action against climate change,” the company said.

Activists and commentators have called this a greenwashing exercise.

“It is baffling that Coca-Cola — the world’s biggest plastic polluter in all global Break Free From Plastic brand audits, including Kenya and Uganda — will sponsor this year’s UNFCCC Conference of Parties in Egypt,” John Hocevar, director of Greenpeace USA Oceans Campaign, said in a statement to the media.

In Uganda, Coca-Cola is responsible for 20 per cent of all plastic pollution, according to a brand audit report by non-profits Break Free from Plastic and EndPlasticPollution.

One of the major impacts of the plastic pollution is on the rivers of the country. The report found that the rivers Mpanga and Rwizi are the worst-affected and even Lake Victoria, one Africa’s Great Lakes, is filling up with plastic.

Coca-Cola has been polluting rivers, oceans and land globally with 120 billion single-use plastic bottles, thus risking the health of humans, animals and plants. The conglomerate is also significantly responsible for the climate crisis as 99 per cent of the plastic is produced from fossil fuels.

In 2021, Coca-Cola’s GHG emissions were 5.17 million tonnes of CO2 equivalents, according to non-profit Global Data. This was eight per cent higher than in 2020. Sixty per cent of the emissions came from onsite generation and purchase of electricity while 31 per cent came from fossil fuels and refrigerants.

“They have yet to even acknowledge that this is a problem or explain how they will meet their climate goals without ending their plastic addiction,” Hocevar said.

Such problematic private company sponsorship is not happening for the first time.

“Unfortunately, past and current CoPs have attracted sponsorships from companies who are part of the problem as their activities are directly and significantly contributing to climate change and merely seeking greenwashing opportunities,” Gaby Flores, main media lead for Greenpeace’s CoP campaigns, told Down To Earth.

She further explained that there have always been objections to these kinds of partnerships but civil society calls to regulate (such as the ‘Kick Polluters Out’ campaign led by umbrella coalition, the Climate Action Network) have not yet been successful.

“Any sponsorship from an environmental polluter is a serious threat to the negotiations at all stages and undermines the very objective of the event it seeks to sponsor,” Flores said.

The main problems are of historic polluters being held accountable and their access to events and decision makers at the CoP.

For instance, “climate justice discussions must hold those who had lied and continued with their business-as-usual destruction accountable and it is that much more difficult to do so when the misleading backers to the fossil fuel industry are represented,” said Flores.

Historical accountability, climate justice, reparations for loss and damage are going to be the most contentious themes on negotiations at the CoP 27 this year.

“Being a sponsor also gives the backers privileged access to both events and decision-makers, access where they can portray themselves as holders of solutions, when this is simply not true,” she added.

Greenpeace also claimed that Coca-Cola should increase their reuse and refill target of 25 per cent to 50 per cent by 2030 and in fact, it should be ambitious about completely phasing out its single-use plastic.

“Greenpeace will continue campaigning on its current position and support coalition efforts to kick polluters out of the UNFCCC, including eliminating corporate sponsorship of the event,” said Flores.

Bringing down plastic production and ending single-use plastic is in line with the Paris Agreement goal of limiting global warming to below 1.5 degree Celsius.

“If Coca-Cola really wants to solve the plastic and climate crisis, it needs to turn off its plastics tap. Ending Coca-Cola’s addiction to single-use plastic is an important part of moving away from fossil fuels, protecting communities and combating climate change,” Hocevar said.