Save Africa’s forest elephants if you want the Congo rainforest to continue capturing carbon: Study 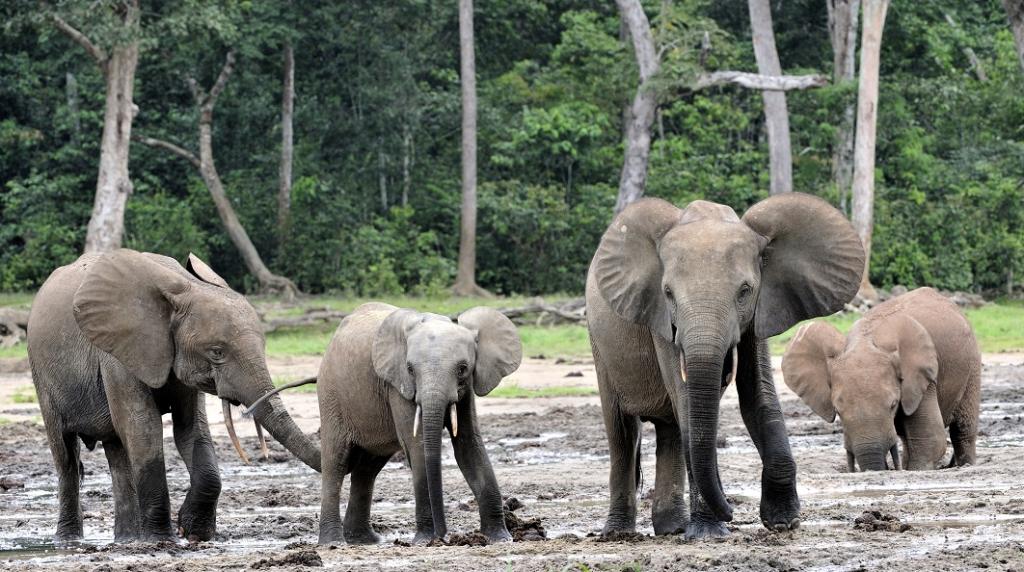 A herd of forest elephants at a clearing in the Central African Republic. Photo: iStock

Africa’s iconic elephants are on the brink. But while the ‘African elephant’ usually conjures images of the species found on the savannas of the Continent (Loxodonta africana), it is its smaller cousin found in the world’s second-biggest rainforest that holds the keys to global carbon sequestration. That would go awry if the species bows out, according to new research.

The African forest elephant (Loxodonta cyclotis) plays a key role in creating forests which store more atmospheric carbon and maintaining the biodiversity of forests in Africa.

If it becomes extinct, the Congo rainforest of central and west Africa would lose between six and nine per cent of its ability to capture atmospheric carbon, amplifying planetary warming, the research published January 23, 2023, warned.

Stephen Blake, assistant professor of biology at Saint Louis University in the United States and senior author of the paper, was quoted as saying by the website Phys.org:

Blake and his colleagues found that these elephants acted as ‘gardeners of the forest’. Each forest has low carbon density and high carbon density trees. The former have light wood while the latter have heavy wood.

The elephants also spread the seeds of the high carbon density trees across the forest through their droppings.

But the forest elephants of the Congo are imperilled. They are listed by the International Union for Conservation of Nature as “Critically Endangered” — a category for species that have declined over 80 per cent within three generations.

Before the current paper, another one in November last year by the United Nations Office on Drugs and Crime (UNODC) had also drawn attention to the link between African forest elephants and ecosystem services.

Megaherbivores modify forest structure and increase carbon stocks through multiple pathways was published in Proceedings of the National Academy of Sciences (PNAS).