Tasar rearing may bail out 600 mining-affected families in Keonjhar

The Rs 23.75-crore project in the state’s Keonjhar district will be implemented using DMF and MGNREGS funds 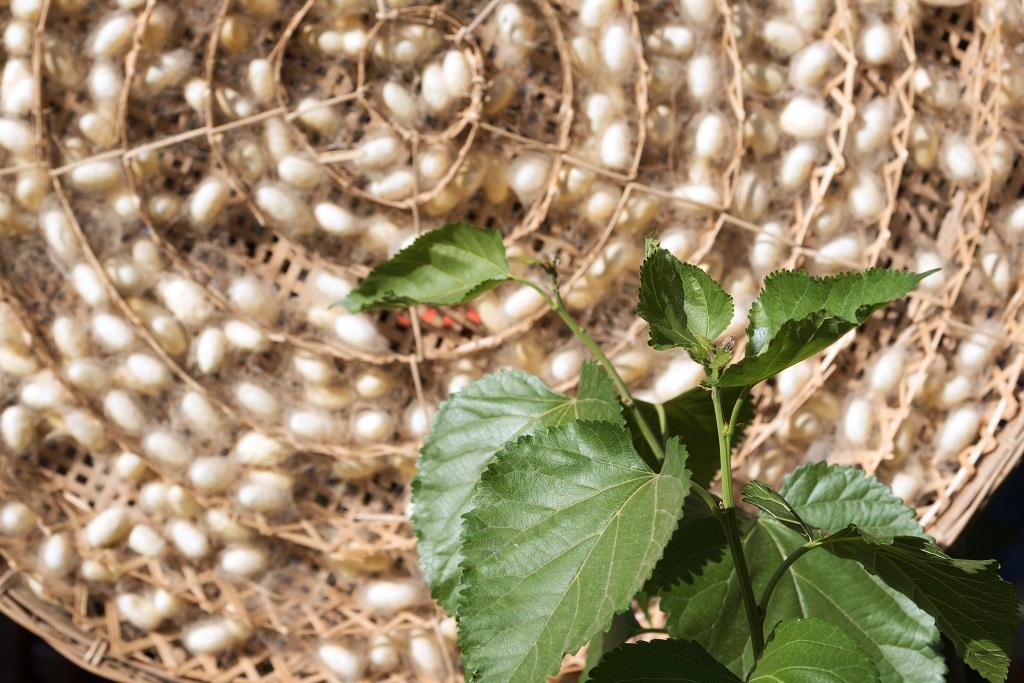 Odisha’s Keonjhar district has proposed to enhance local tasar rearing to provide 600 mining-affected families with more avenues for livelihood. Tasar is a silk variety primarily used for clothing, furnishings and interiors. The initiative will be taken up through District Mineral Foundation (DMF) funds in convergence with the Mahatma Gandhi National Rural Employment Guarantee Scheme (MGNREGS). The project is estimated to cost around Rs 23.75 crore, of which about 66 per cent will come through DMF and the rest through MGNREGS.

“It is a long-term project which aims to benefit the tribal population in mining-affected areas. The convergence is to use the existing system of MNREGS for its benefit as well as the benefit of the initiative,” said Prasanna Venkatakrishnan from the district programme management unit (PMU) for DMF.

DMF has been set up under the Mines and Minerals (Development and Regulation) Amendment Act, 2015, to benefit people in India’s mining-affected districts. The mining companies pay a defined proportion of the royalty to DMF as a way of sharing profits with those who have been affected by mining-related operations. Odisha is the richest state in terms of DMF collection in india, with Keonjhar district topping the chart. As per latest government estimates, the DMF collection for the district is Rs 2,200 crore, and additionally, the district will get more than Rs 300 crore every year.

Despite the funds, an assessment by the Centre for Science and Environment (CSE), a Delhi-based non-profit, showed that until the last financial year, the district has not made the necessary investments to improve livelihood opportunities, particularly considering local resource potential. This is at a time when the district has acute poverty. The poverty head count ratio (HCR) in the district being 47 per cent, much higher than the state’s 35 per cent. Also as per the Socio-Economic Caste Census, 2011, the highest-earning member in more than 90 per cent rural households in Keonjhar, earns below Rs 5,000 a month. The situation is worse for tribals who constitute 45 per cent of the district’s population. Many of them have been generationally engaged in small-time tasar rearing.

Keonjhar has sought proposals from independent agencies to implement a plan for livelihood enhancement in mining-affected areas through the plantation of Tasar host trees—Asan and Arjun. The district plans to bring together mining-affected communities of Jhampura, Banspal and Harichandanpur blocks for cluster plantation and rearing. These areas have been identified through a sericulture map of the district.

The district (through the selected agencies) will identify the beneficiaries, organise them into hamlet-level groups or samitis and help with plantation, monitoring and evaluation of the project. After six years of hand holding, the project will be handed over to the beneficiaries.

The initiative focuses on beneficiaries from Schedule Caste and Scheduled Tribe groups and particularly those landless families who are already engaged in sub-optimal tasar rearing in forest fringes.

Though not through DMF, Odisha has a successful precedent for tasar rearing in the mining-affected Lahunipara block in Sundargarh. The Odisha Co-operative Tasar and Silk Federation Limited (SERIFED) started promoting the cultivation of tasar around 10 years ago by providing eggs at subsidised prices and buying back the cocoons from the cultivators. Now, about 580 cultivators in Lahunipara are linked to the federation. In Talgonia village, more than 75 per cent  of the households have taken up tasar cultivation and earned between Rs 7,000 and Rs 24,000 from the cocoons in 2017.

“The initiative has the potential to bring benefits of the locally cultivated resources to people. In Keonjhar’s mining areas, livelihood is a big concern and if, implemented well, it can generate income for people as well with possible long-term benefits,” said Duskar Barik of Keonjhar Integrated Rural Development and Training Institute (KIRDTI).

This step may also open doors for other tasar cultivators in the district, who have been barely making ends meet. Residents of Handibhanga village expressed enthusiasm to take up plantations of these trees on their lands. Surrounded by four iron ore mines, Handibhanga is a directly-affected village, where families earn less than Rs 300 from the sale of cocoons they gather from forests.

Experts feel that while Keonjhar’s initiative is a positive move, a comprehensive livelihood plan is needed based on the needs and demands of mining-affected people.

“This can be done by assessing the resources, local needs and skills and planning the livelihood avenues around them. Assessment can happen through gram sabha consultations and data assessment,” said Saroj Mahapatra of Professional Assistance for Development Action (PRADAN), who have been working on local planning and livelihoods in many states. “Such planning will help communities over a sustained period of time,” he added.

Venkatakrishnan added that the district is also planning other satellite initiatives around the Tasar rearing project such as setting up basic seed production units in collaboration with local self-help groups, nursery to ensure adequate saplings and training local women in yarn production to be sold to the weavers.