Prepare working plan on waste discharge into Ganga, Yamuna during Kumbh: Allahabad HC to UP government 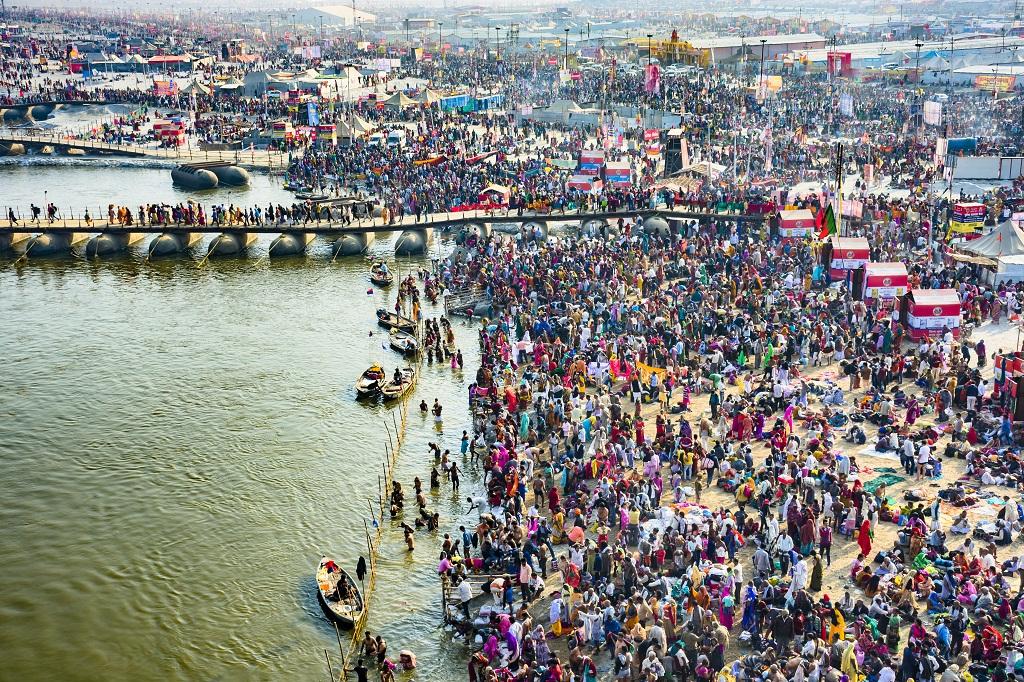 The next Kumbh Mela, a month-long religious festival organised every 12 years in Prayagraj, is to take place in April 2025. Photo: iStock.

The Allahabad High Court recently ordered the Uttar Pradesh government to prepare a working plan before the Kumbh Mela to ensure that the ban on single-use plastic is enforced effectively and plastic waste is not dumped in the Ganga or Yamuna.

The order was announced January 6, 2023, after a bench of three judges — Rajesh Bindal, Manoj Kumar Gupta and Ajit Kumar — heard a public interest litigation in this regard.

Also read: Faith to filth: Thanks to Kumbh, Prayagraj sinks in solid waste

The next Kumbh Mela, a month-long religious festival organised every 12 years in Prayagraj, is to take place in April 2025.

In view of the ongoing Magh Mela in the state, the court directed the authorities to ensure periodic monitoring of the rivers’ water quality.

Test reports of samples taken from different ghats (steps leading to a river) of the Ganga and Yamuna in Prayagraj have been produced. Based on those reports, the water quality was either within the parameters or close to that.

The court was also told that the sampling at all the ghats is done on a daily basis and the same is tested in the UP Pollution Control Board’s lab, Prayagaraj.

The court also directed the Magh Mela organisers to ensure that waste, either liquid or solid generated and collected in temporary toilets constructed during the ongoing Mela, is not discharged into the rivers.

Also read: Kumbh is fine but why not clean the Ganga all the time?

A 2023 affidavit by the secretary of Environment, Forest and Climate Change Department, Government of UP, stated there are 76 drains in Prayagraj, which discharge 274.06 million litres per day (MLD) sewage into the rivers daily.

“Of the 76 drains, 16 drains with discharge of 141.18 MLD are fully tapped and being treated by existing Sewage Treatment plants, 57 drains having discharge of 132.88 MLD are partially tapped. Whereas, three drains are dry,” the affidavit stated.

The matter has been pending in court for the last 16 years. The amount of work required for the treatment of sewage being generated in the city is not commensurate with population increase and further sewage generation.

“As crores of pilgrims/devotees will come to Prayagraj during Magh Mela, local authorities should ensure that extra efforts are made to collect solid waste within the city as well,” the court added.

Regular monitoring of the quality of water flowing in the Ganga downstream in the Kanpur district and upstream in the Prayagraj district should be done, it stated.

It was answered in court that Chachar and Mori drain’s untreated sewage is being discharged into the two rivers. The court regarded the above as a major scam and a serious issue.