Bihar man-eater shot: Here is when an order can be given to put down such an animal

If a tiger / leopard begins to seek out, stalk and wait for human beings and has, after killing a person, eaten the dead body, it is established beyond doubt that the animal has turned into a man-eater 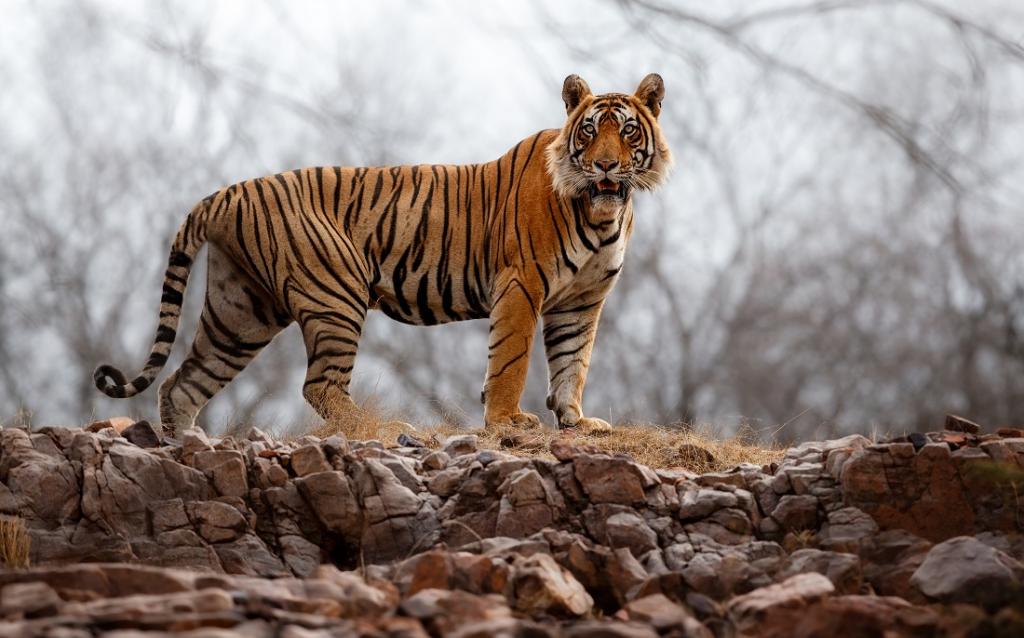 Tiger T-104 was put down by the forest department of Bihar in the Valmiki Tiger Reserve in West Champaran district of the state according to protocol laid down by National Tiger Conservation Authority (NTCA) for man-eater tigers.

The tiger in question was a three-year-old male, who had killed 10 people in the district. It was shot dead in a sugarcane field October 8, 2022 on the orders of the Chief Wildlife Warden (CWW) of Bihar.

Four years ago, Avni or T1, the man-eating tigress of Yavatmal district in Maharashtra, had been similarly eliminated after she mauled 13 people to death.

The elimination of the tiger has raised eyebrows since the animal is listed under Schedule 1 of the Wild Life (Protection) Act, 1972 (WLPA). But the NTCA has laid down Standing Operating Procedures (SoP) for declaring tigers and leopards as ‘man-eaters’, if they pose threats to human lives.

The SOP laid down in 2007 states that there should be proper differentiation between man-killing and man-eating as the former might occur accidently, while the latter is intentional:

There are several circumstances under which human beings are attacked accidently by tigers and leopards and may die as a result, but these cases are to be considered only as accidental killings.

It gives examples like men / women wandering into an area where a tigress is sheltering her cubs or grass cutters or wood collectors approaching a sleeping tiger.

It further mentions that a tiger may mistake a human for an animal if they are in a bent position. In all cases, if the tiger doesn’t eat the human and only kills him/her, it should be regarded as accidental killing and the big cat in question should not be called a man-eater. But the mere fact that a tiger has eaten the dead body is not enough to call it a man-eater.

“If a tiger / leopard begins to seek out, stalk and wait for human beings and has, after killing a person, eaten the dead body, it is established beyond doubt that the animal has turned into a man-eater,” the SOP says.

It adds that in the first case, it may be difficult to establish that the tiger is a man-eater, but the second case of human kill is evidence enough to decide that it is, in fact, a man-eater.

The SOP bestows the power for the decision of elimination of a tiger on the Chief Wildlife Warden of the state in case the tiger has become dangerous to human life or if it is disabled or diseased beyond recovery. The CWW has to give the reasons for giving the permission to hunt such a tiger in writing.

“The situation had become very dangerous and the safety of the people near the tiger reserve was in jeopardy. The tiger had become a man-eater since we observed that it did not kill cattle, even when there was easy prey available, but opted to kill humans.

“It dragged the body of a man into the forest September 21 and killed a 12-year-old girl October 5. These were among a few of his victims,” Prabhat Kr Gupta, CWW of Bihar, said.

“I was in regular touch with NTCA and finally gave the orders for eliminating T-104 according to Section 11(A) of WLPA,” he added.

The SOP laid down by NTCA says that the hunting of a man-eater tiger should only take place if all efforts to tranquilise and capture it have failed.

“It is reiterated, all efforts should be made for live trapping of the aberrant animal, either through trap cages or using chemical immobilisation, before deciding on its elimination,” the SOP reads.

The SOP dictates that only ‘experienced and senior forest officers should be authorised’ to hunt down the tiger in question and no permits should be given to shikaris and other such persons who put pressure on the forest department to get the permission to hunt down the animal.

The elimination should be done by departmental personnel having the desired proficiency, while providing the firearm with the appropriate bore size.