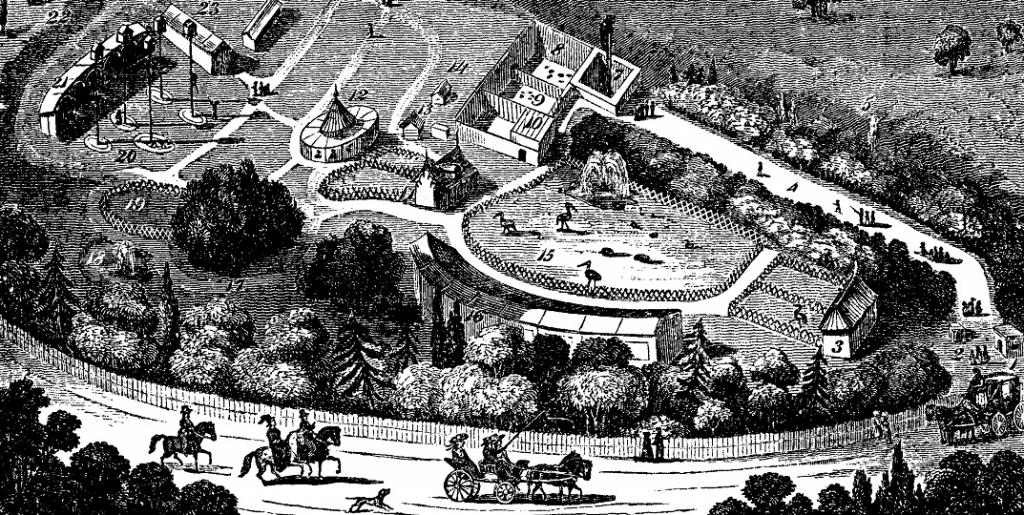 Reliance Industries Ltd will build the world’s largest zoo, a top executive of the company has confirmed to the Times of India, Ahmedabad in a report published December 20, 2020.

The zoo will come up on 280 acres of land near Reliance’s refinery at Moti Khavdi near Jamnagar, the TOI report said. It will house 100 different species of mammals, birds, reptiles and amphibians, it added.

The wildlife to be displayed at the zoo will be from across India, Africa and South America. The report quoted the executive as saying that the zoo will be opened to the public within two years if there are no other delays.

The zoo is the project of Reliance Chairman Mukhes Ambani’s son, Anant, the report said.

It noted that the concept of private zoos was an old one since one of India’s oldest zoos in Kolkata, the Zoological Garden, was also private.

In March 2018, Down To Earth (DTE) had done a story on the state of Indian zoos of all types. We had noted that the conditions of zoos was pitiable in India despite the setting up of the Central Zoo Authority nearly three decades back.

In a recent blog published on our website by internationally-known zoo expert Shubhobroto Ghosh, the very concept of keeping animals in captivity had also been questioned.

The results of a genetic test carried out by the Hanoi Department of Agriculture and Rural Development, in collaboration with the Asian Turtle Program of Indo-Myanmar Conservation and the Wildlife Conservation Society (WCS) have shown that a female turtle caught October 22, 2020, in Vietnam’s Dong Mo lake was a female Yangtze giant softshell turtle.

In April last year, Down To Earth (DTE) had reported that hopes for the revival of the species, the world’s rarest turtle, had been extinguished after the last remaining surviving female of the species died in eastern China’s Jiangsu province. Now though, the species might have an opportunity to survive.

The test results were released December 18, 2020, according to a press statement by WCS.

“Authorities believe there is at least one more of these turtles in Dong Mo lake and another in nearby Xuan Khanh Lake. Conservationists hope to capture and determine the sex of the other turtles in both Dong Mo and Xuan Khanh this coming spring,” the press statement said.

“Ultimately, conservationists aim to ensure at least one male and female are given a chance to breed to ensure this species can return from the brink of extinction,” it added. 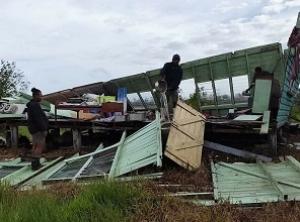 Cyclone Yasa has veered south after slamming Fiji’s second-largest island, Vanua Levu, killing four people and causing destruction and damage on a large scale, according to a report on Al Jazeera.

Fiji has declared a state of natural disaster for 30 days as authorities have fanned out to the affected area to provide relief and rescue stranded people.

At least 93,000 people have been affected by the storm and the number of casualties is expected to rise. 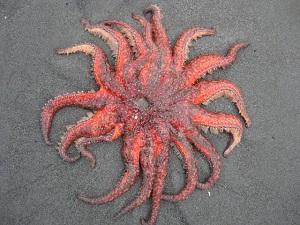 The Sunflower Sea Star has been listed as ‘Critically Endangered’ by the International Union for Conservation of Nature after a new population study by Oregon State University in the United States, a press statement by the university said December 11.

The study showed that there had been a 90.6 per cent decline in the species’ population between 2013 and 2020.

The year 2013 was when a marine wildlife epidemic known as seas star wasting syndrome began.

The animal was found all along the western coast of North America in the past, from Alaska to the tip of Baja California.

However, sunflower sea stars were now nearly absent in Mexico as well as the continental United States, the press statement said.

The IUCN had released a fresh update of its Red List December 10 in which it declared that 31 species had become extinct, according to a report by DTE. 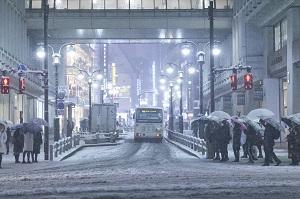 There has been heavy snowfall in the northern and central parts of Japan December 16, 17 and 18, 2020, which has set records, according to media reports.

Record snowfall was reported especially in the Niigata and Gunma prefectures. For example, the city of Fujiwara in Gunma prefecture, northwest of Tokyo, received nearly 7 feet or two metres of snow this week, within a span of three days.

At least 1,000 motorists also got stranded on the Kan-Etsu Expressway, that connects Tokyo with Niigata. Many of the motorists were forced to spend the time in their vehicles and had to melt snow for drinking water.

The Japanese Meteorological Agency has issued warnings for heavy snowfall and avalanches in the coming days.

Dead Gangetic dolphin, a Schedule I animal, not taken for an autopsy in Bihar 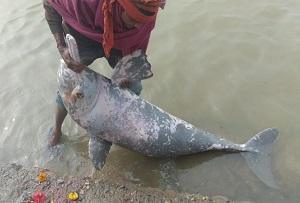 The carcass of a Gangetic dolphin was disposed in the Ganga without ascertaining the reason of death of the freshwater mammal that is supposed to be highly protected.

“If a dead Schedule I animal like a Gangetic dolphin is found, it is the duty of the forest department to take possession of the carcass for conducting a post mortem examination to find out the cause of death,” Gopal Sharma, regional head of the Zoological Survey of India, Bihar and Jharkhand, told DTE.

The carcass was found floating at Umanath Ghat on the Ganga in the Barh subdivision of Bihar’s Patna district by fishers December 10, according to the police.

Local people soon informed the Sub Divisional Officer and the cops about the incident. But when no one from either the forest department or the police reached the spot, some people threw the carcass into the river.

This incident raises many questions about the much-hyped Gangetic dolphin conservation programmes being carried out in Bihar by the state government. 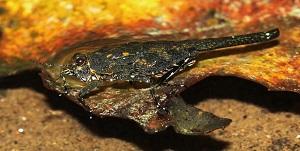 The Grasshopper Specialist Group of the IUCN is initiating the Red List Assessment of grasshoppers in India for the first time by the end of this year, the project lead has told DTE.

“So far, none of the Indian grasshopper species have been listed in the Red Data Book,” Bhaskar told DTE. The Red List of Threatened Species, founded in 1964, is the world’s most comprehensive inventory of the global conservation status of biological species.

Bhaskar will be working with the financial support of the Mohamed bin Zayed Species Conservation Fund and ground support from Chennai-based Care Earth Trust. “We will initiate the Red List Assessment of the grasshoppers of India in the Nilgiri Biosphere Reserve (NBR) on the border between Tamil Nadu, Kerala and Karnataka,” he added. 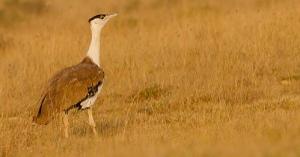 A proposal to put all power transmission lines passing through Great Indian Bustard (GIB) habitat underground did not elicit support from the Union Ministry of Power (MoP) and the Rajasthan government, according to the minutes of a recent meeting, accessed by DTE.

The meeting had been called to discuss the action taken by agencies on the recommendations of the Dehradun-based Wildlife Institute of India (WII) regarding the GIB. WII was ordered by the NGT September 4, 2019 to come up with these recommendations. 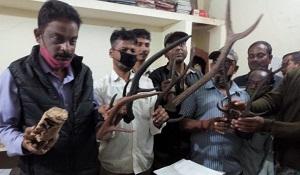 Wildlife parts valued at Rs 10 lakh were seized from two persons, who were arrested on charges of poaching on the night of December 16, 2020 from Odisha’s Jajpur district, forest officials said.

The cache had been brought from the Kuldiha Wildlife Sanctuary in Balasore district by the two arrested persons. They were trying to sell the seized items on video sharing site YouTube by flashing their mobile numbers on the site.

After getting a tip-off, a forest personnel had posed himself as a middleman and had bargained for the parts with the arrested persons, who agreed to sell them to him.

“We arrested them when they came to Bhikipur village under Jajpur road forest range to sell the wildlife items,” Debendra Kumar Patnaik, the range officer of Jajpur Road forest, said.

The arrested persons have been identified as Sidharth Raj (23) of Nilagiri and Dibyalochan Sahoo (22) of Jajpur Road.

They were produced in court at Jajpur Road December 17. The court rejected their bail applications and remanded them to jail custody, Patnaik said.