Global Eco Watch: Will Britain fall, ask folklorists after raven disappears from the Tower of London

Merlina, the raven who has disappeared from the Tower of London. Photo: @TowerOfLondon / Twitter

A 14-year-old resident raven at the Tower of London has been gone missing leading to discourse about an old prophecy among folklorists about the kingdom of Great Britain, media reports have said.

Merlina had been resident at the Tower of London since 2007. She disappeared two weeks back and has not been seen since, according to a report on CNN.

This may mean that the raven has died, Tower authorities told CNN.com.

The Tower was built in the 1070s by William the Conqueror, the Duke of Normandy after his victory over Harold Godwinson, the last Anglo-Saxon king of England at the Battle of Hastings in 1066 AD.

Initially built as a castle and fortress astride the River Thames, the Tower became a prisoner and a place for execution during the Middle Ages.

Charles II, the second Stuart monarch of Great Britain had reportedly decreed in the 1600s that six ravens would always be resident at the Tower else the kingdom as well as the Tower would fall.

A number of historians were discussing the old prophecy on social media in the light of Merlina’s disappearance.

The idea that the kingdom will fall if the ravens leave the Tower is a classic example of fakelore, invented during the Second World War but very quickly accepted almost universally as 'ancient' https://t.co/vq41Cgzi8u 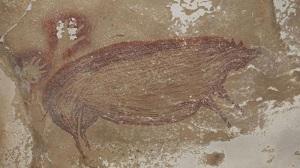 A team of scientists have found what is probably the oldest cave painiting in the world on the island of Sulawesi in central Indonesia, a report by news agency AFP has said.

The painting shows what is probably a Sulawesi warty pig, a species that is still extant today. The pig is drawn in red ochre and is seen looking at two other pigs, which are only partly seen.

The painting has been dated to 45,500 years old. The researchers, who published their study in the journal Science Advances January 13, 2021 said the painting was discovered by one of them in 2017, in the Leang Tedongnge cave located in a remote valley on Sulawesi.

Sulawesi and its neighbouring islands lie near the so-called Wallace Line, an imaginary line drawn by British naturalist Alfred Russell Wallace that separates the ‘faunal realms’ of Asia and Australia. The discovery of the painting could offer clues as to how Australia was colonised by the first humans. 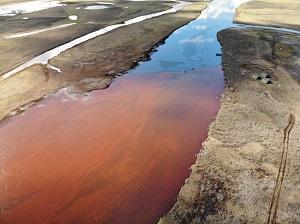 A hearing that would have decided the damages to be paid for the second-biggest oil spill in modern Russian history has been rescheduled, the Siberian Times newspaper has reported.

The hearing was rescheduled by a Krasnoyarsk court for the sixth time to January 22, 2021. It was to decide whether the Norilsk-Taimyr Energy company owned by Nornickel was to pay $2.1billion for gross damages to the Arctic ecosystem following the deadly diesel spill in May last year.

The Norilsk diesel oil spill began on May 29, 2020 when a fuel storage tank at Norilsk-Taimyr Energy’s Thermal Power Plant No. 3 owned by Nornickel near the city of Norilsk failed, flooding local rivers with up to 17,500 tonnes of diesel oil.

President Vladimir Putin declared a state of emergency in early June. Only the 1994 Komi pipeline spill, where 400,000 tonnes of crude oil were released into the environment between August 1994 and January 1995 was bigger in magnitude. 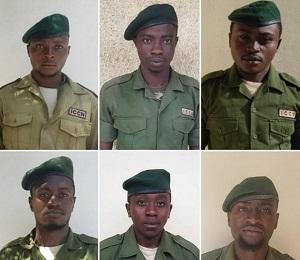 Six rangers were ambushed and killed in the Virunga National Park, famous for its mountain gorillas, in the Democratic Republic of the Congo (DRC), park authorities confirmed January 10, 2021.

The attack took place at 7.30 am local time, when the rangers were patrolling, a press statement from the park said. The rangers were ambushed near Kabuendo, near the border of the park, in the Central sector, between Nyamilima and Niamitwitwi, the statement added.

Besides the six deaths, another ranger was wounded. He was airlifted to Goma, the nearest city and is now out of danger. “Preliminary investigations indicate that those responsible for the attack are local Mai-Mai militia groups,” the statement said. 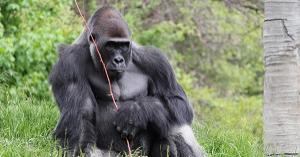 Two of the gorillas began coughing January 6, 2021. Faecal samples taken from them confirmed they were suffering from COVID-19.

The virus could have been passed on to the gorillas by a member of the park’s wildlife care team who had also tested positive but had been asymptomatic and had been wearing a mask around the animals all the time, the executive director of the park claimed to AP. 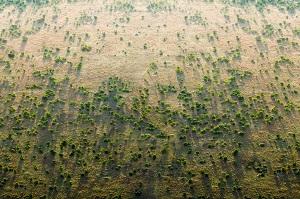 More than 13 years after the Great Green Wall (GGW) initiative was started by the African Union to address desertification, land degradation and climate change in the Sahel region, the project has hit a wall due to funds crunch.

GGW, as conceived by 11 countries located along the southern border of the Sahara and their international partners, is aimed at limiting the desertification of the Sahel zone.

The GGW countries, according to a United Nations report released September 2020, need to speed up the current pace of land restoration to an average of 8.2 million hectares every year. 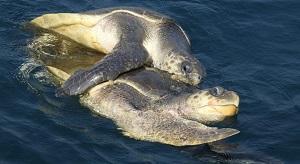 ZSI will fit metallic flipper tags on 30,000 turtles in the state this year during their mass-nesting. All tags are marked with a number, Basudev Tripathy told Down To Earth.