‘We need to match frequency and intensity of climate disasters with bold, collective action’ 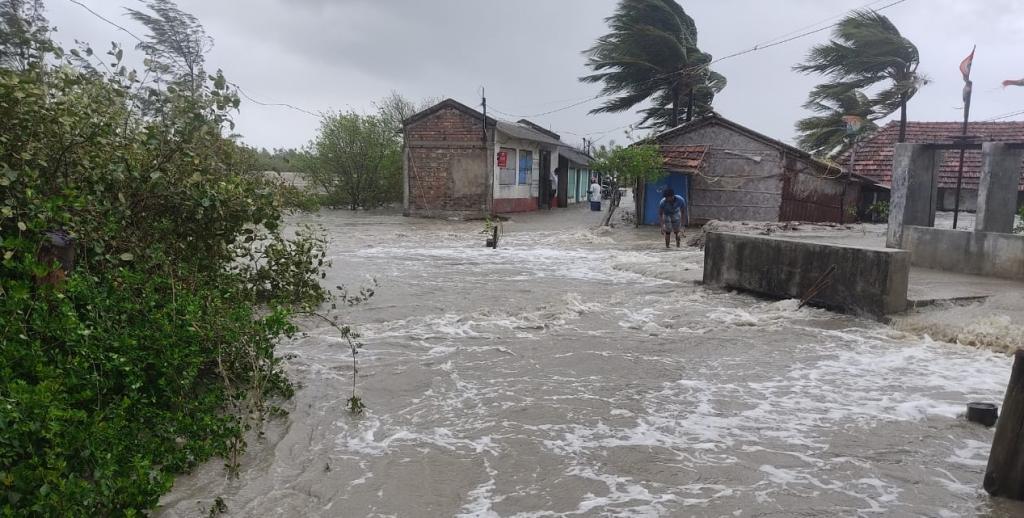 In Odisha, there is a loss of traditional agricultural land and fisheries-based livelihoods after climate-change induced diasters.

India’s Mission LiFE campaign — ‘lifestyle for environment’ — brings up the importance of tackling climate change. But the situation on the ground needs more intensive action, with special focus on vulnerable communities and women.

The 27th Conference of Parties (COP27) to the United Nations Framework Convention on Climate Change in Sharm El-Sheikh, Egypt, had the view to build on previous successes and pave the way for future ambition to tackle climate change.

The COP was touted as a defining moment and a golden opportunity in the fight against climate change. The Indian government is undertaking an arduous effort to achieve Net Zero emissions by 2070, the Centre stated at the summit.

However, India’s contribution to the world’s cumulative emissions is less than 4 per cent in reality. Our annual per capita emissions are about one-third of the global average.

The world urgently needs a paradigm shift from mindless and destructive consumption to mindful and deliberate utilisation. We are trustees of this planet earth. We must nurture it through sustainable lifestyles that optimise resource use and minimise waste.

India seeks to lead by example as the world’s most populous democracy and a vibrant emerging economy, the statement further said. It invited the global community to be a part of Mission LiFE for individual, family, and community-based actions.

The Mission LiFE programme was announced by Prime Minister Narendra Modi during COP26 in Glasgow and was formally launched by the PM a month back in Gujarat. It was referred to as the “heart of India’s vision” in the statement made by Union Minister for Environment, Forest and Climate Change, Bhupender Yadav, at the summit.

The clear progress in a few states like Odisha is quick evacuation and placing people in safe places like cyclone shelters. However, mitigation and rehabilitation efforts have been inadequate.

In some places, there has been total or partial displacement of villages due to sea intrusion. The efforts to mitigate do not match the pace at which the sea is eating up the coastal villages.

The Odisha government has done a good job in the resettled colonies like Baghpatia in Kendrapara. However, there is a loss of traditional agricultural land and fisheries-based livelihoods and a loss of access to forests and river resources, which is never compensated.

Villages like Udaykani, Chhenua, Katakana and Tandahar in the Puri district near Konarak have faced displacement by the sea at least three times. Forest cover in these villages has almost disappeared. Afforestation of local trees can be the only barrier that can delay the catastrophe of their complete inundation.

With most people in these villages dependent on agriculture, betel vine cultivation and fisheries, the loss of this land means they must migrate to other places for wage labour.

The lack of good quality drinking water and access to healthcare is abysmal in these villages. There are schools of different levels in all villages, but dropout rates remain high, especially among women, due to a lack of financial resources.

Dropout cases among college-going women are very common, with the lack of financial resources and restricted mobility being the primary reason. Relief has been sporadic and scattered and not after every cyclone, considering their frequency and intensity have gone up significantly in the past decade.

Compensation is inadequate to cover homesteads’ damages, loss of crops and other livelihood resources.

Meanwhile, women and girls, persons with disability, uncared-aged, Dalits and other vulnerable communities are facing increasing and multiple risks as the climate crisis worsens. These communities face multiple hazards and discrimination and suffer a great loss during the disasters, which pulls them further down in poverty.

The rehabilitation packages are inadequate to cover the losses. This needs to be quickly rectified so that these communities can recover from the losses and damages caused by climate change. Focus on a fast and prompt rehabilitation process through a single window (within six months) fast-track system is also required.

Not just in India, even communities in African countries are experiencing damage to their crops and livelihoods, leading to a decrease in incomes as well as knock-on impacts on their security and mental health.

Women and girls are being particularly adversely affected due to pre-existing structural inequalities, putting them at greater risk as per non-profit ActionAid United Kingdom’s report, Women confronting loss and damage in Africa.

Despite being disproportionately impacted, the women interviewed in the research gave many examples of how they are leading the way in responding to the effects of climate change on their communities. But the report highlights that greater support is needed.

Promoting and accelerating social protection policies that are gender transformative, incorporating women’s protection into all action on loss and damage and supporting women-led agroecology during the recovery are also important suggestions in the report.

India should gear up its finances for this and also ask for the establishment of a loss and damage financing facility (LDFF) at COP27 and developed countries should bear the cost for the impact of climate change-induced disasters on vulnerable communities.

Read more: Global capacity to capture carbon could go up 6 times by 2030, still not enough for climate mitigation

Women need to be supported for small-scale businesses, animal husbandry and agri-fisheries so they can provide for resettled households. Access to other entitlements like schools, health centres and so on is also important for climate-vulnerable communities.

Let’s hope that the global momentum to deal with climate-induced disasters matches the local and collective efforts on the ground to bring relief to vulnerable communities.