Gagandeep Kang, ex-officio member of a working group on COVID-19 vaccines at the WHO, talks to DTE on vaccines, their effectiveness and urgent need for data in India 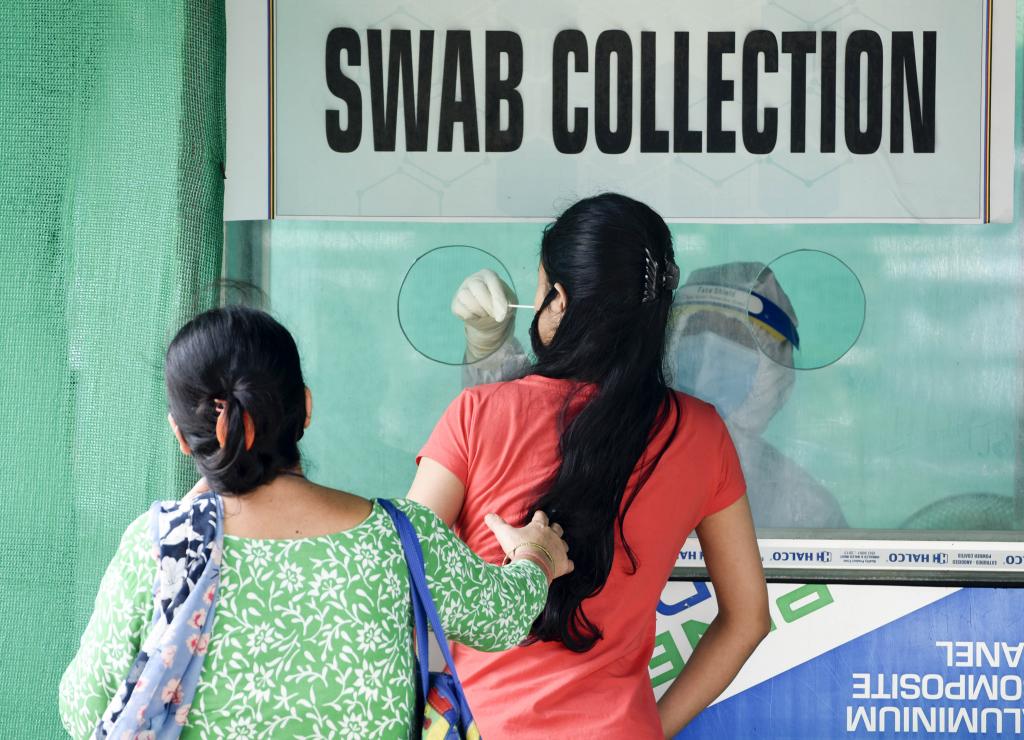 It’s been a year since several parts of the world started vaccinating their population against the novel coronavirus. Yet, less than half the world is fully vaccinated against the disease. With preliminary data raising apprehension over the effectiveness of vaccines against the new Variant of Concern, omicron, the focus has shifted on those on the higher end of the risk spectrum: Healthcare workers and older people.

Dr Gagandeep Kang, an ex-officio member of a working group on COVID-19 vaccines established by the Strategic Advisory Group of Experts at the WHO since 2020, spoke to Down to Earth on what we know about vaccines and their effectiveness, where are we on “flattening the curve” and the urgent need for data in India.

Taran Deol (TD): How much do we know about the effectiveness of the COVID-19 vaccines so far?

Gagandeep Kang (GK): India has administered about 1.3 billion doses of COVID-19 vaccine. But the effectiveness of the vaccines was measured on less than half a million participants. These account for both published and unpublished data.

Tamil Nadu and Punjab Police constituted about 0.2 million of this population. Individual hospitals have published data on 2,000-10,000 people. Together, these come to an extremely small proportion of the people who have been vaccinated in India and who contribute any data regarding protection from infection, severe disease and hospitalisation.

The Union health ministry has, however, data on vaccine effectiveness on protection from death. It shows that vaccines do provide protection against death. But it doesn’t mention which vaccine the information is for, nor does it detail the source. It’s very difficult to derive anything from the way the data is presented.

TD: Is immunity to COVID-19 waning? Do we know enough to come to this conclusion?

GK: There is not enough information on waning immunity yet. How much antibody data do we have? This is the greatest problem we are facing.

I believe electronic solutions are the way forward. It’s challenging given the lack of connectivity and other issues. But you can’t manage with paper records for so many people. We do have to iron out the glitches with CoWIN.

I think it was the right decision to use an electronic system, but we also needed to have some alternatives in case it didn’t work.

The problem is that CoWIN did not include all things that allowed us to assess how well the vaccines were working; it was purely a delivery mechanism. What we have from the Indian Council of Medical Research is purely a testing mechanism; what we have from the National Center for Disease Control is purely hospitalisation and outcome mechanisms, while CoWIN covers the immunisation aspect.

How do you get three arms of the same government to work together? Here, we are not even talking about coordination between the state and Centre. The only way to make sense of data is to have all three components working together.

TD: Where are we on the ‘flattening the curve’ phenomenon?

GK: The purpose of flattening the curve is to spread out the cases so that your health system can handle the load. Now, if your health system improves over time, then your curve doesn’t need to be as flat as it was at the beginning. That’s something that we must recognise.

If we take a look at the second wave, what happened in northern India, by and large, didn’t happen to the same extent in southern India. Better healthcare systems are to be credited.

If you have better systems, you will cope with more. It isn’t that sero-surveillance data or caseload figures show less prevalence in southern states.

If anything, it is an indication that Karnataka and Kerala have a higher caseload. These states didn’t witness scenes similar to Delhi during the second wave.

So flattening the curve just means balancing the pace at which you get severe cases with the ability of your healthcare system to handle those cases.

TD: If India were to witness another surge in cases due to Omicron, do we have the facility to flatten the curve?

GK: We’ll have to wait and see on that. India has an advantage — a large part of the population was infected before it was vaccinated. We know that if you’re infected and vaccinated, you’re in a pretty good place.

However, we have not boosted. We have many people who are double-vaccinated, but not infected. It seems like two doses of AstraZeneca do not provide enough protection against COVID-19 infection, according to reports coming in from the United Kingdom.

If that is the case, we will have a large number of people that will be infected or reinfected. A small proportion of that large number will develop severe disease because no protection from the COVID-19 vaccine is complete.

Given India’s large population, a small percentage will not necessarily indicate a small absolute figure.

TD: What have we really understood about the COVID-19 pandemic and its variants so far? Why has it been so difficult to predict how this virus behaves?

GK: I don’t think that it’s been difficult to predict how this virus behaves. The talk about variants and the fact that immune pressure could drive variation began long ago.

The first papers on this were published in June 2020. We didn’t begin to see variants of concern until December. But the scientific community was aware that this could happen and that vaccines may require booster doses.

The fact that epidemics come in multiple waves and that they vary by location, there may be population and seasonal drivers — this has been discussed from the beginning of the pandemic.

The likelihood that the variant would come out of a place that had low surveillance or had a lot of immune-compromised individuals was also predicted.

I think the problem has been with the world working separately. The World Health Organization (WHO) has been beating this drum about everybody needing to work together, but nobody is.

TD: How should the booster dose issue be addressed?

GK: Administering booster doses has always been an ethical concern. We were naive in thinking that people would be willing to share what they had. We should have realised that a politician who sends vaccines overseas before vaccinating their own population is not going to get re-elected.

So vaccines, or any healthcare resource, will always be for the countries that produce that resource first, or can afford to buy that resource first. Canada has a lot of money but it doesn’t have a vaccine manufacturing facility. Therefore, its vaccines came after the US and everywhere else.

They caught up and went ahead of the US in terms of coverage. But the fact remains that they were weeks behind the rest of the world. And in this situation, weeks matter.

TD: Has the detection of Omicron derailed the COVID-19 pandemic from becoming endemic?

It doesn’t look like omicron will be more severe. It may be as or less severe than Delta.

If it were more severe, we would have started to see deaths in a younger age group by now.

It just means that deaths will occur at a very low rate. But if your infections are very large, then that very low rate may still be a significant number. We’re waiting to see how large that number will be.