Supreme Court did not get the opportunity to hear the parties in 2016 and 2017 because of repeated undertakings made by the Centre, saying they had not taken any decision on GM mustard 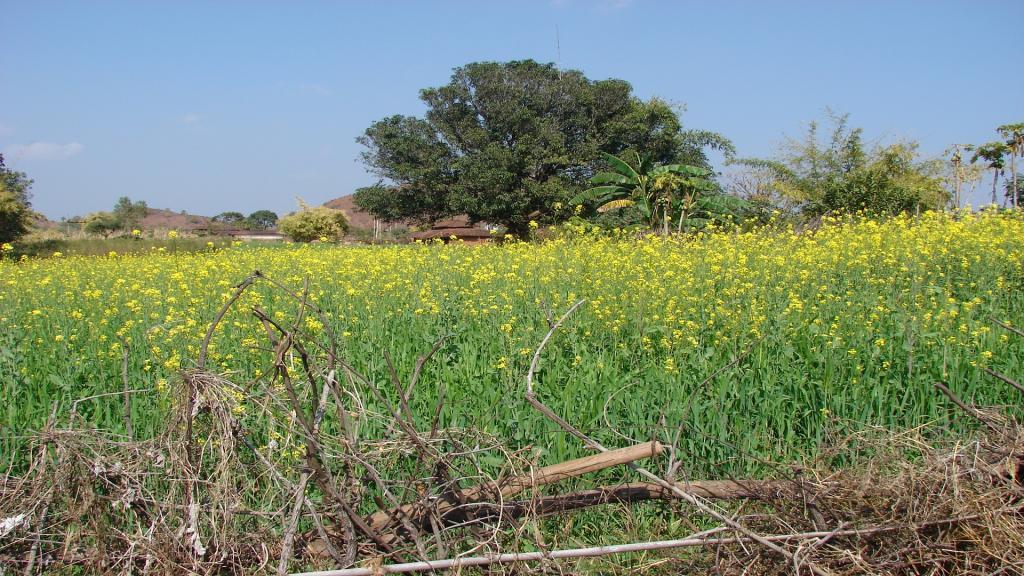 The Genetic Engineering Appraisal Committee, a body of the Union Ministry of Environment, Forest and Climate Change, had recommended the environmental release of the seed for trials, demonstrations and seed productions October 18, 2022. Photo: Supriya Singh.

The Government of India (GoI) is misleading the Supreme Court on the controversial Genetically Modified (GM) mustard issue, the Coalition of GM-free India alleged November 28, 2022. The coalition is an informal network of organisations and individuals campaigning to keep India GM-Free.

It has been opposing the GoI’s recent move to grant environmental clearance for GM mustard.

The Genetic Engineering Appraisal Committee, a body of the Union Ministry of Environment, Forest and Climate Change (MoEF&CC), had recommended the environmental release of the seed for trials, demonstrations and seed productions October 18, 2022.

The GoI violated its own undertaking with the court. It amounted to contempt of court when it planted seeds in six locations in November, members of the coalition said.

The Supreme Court did not get the opportunity to hear the parties in 2016 and 2017 because of repeated undertakings made by the GoI, saying they had not taken any decision on GM mustard, they added.

Now a fait accompli stands delivered by the central government, its regulators and the MoEF&CC, said Kapil Shah, a coalition member.

This indicates that within a week, “the pollens from recently sown GM mustard seeds will start contaminating the non-GM mustard fields with transgenes, causing harmful and irreversible damage to the environment,” he said.

The sown plants must be uprooted immediately to prevent damage and protect the mustard diversity in India, Shah added.

The government has been misleading with incorrect information at five levels, said Kavitha Kuruganti, another member of the coalition.

“The central government claims that the recommendations from the SC’s Technical Expert Committee report are implemented,” she said.

The report demands that herbicide-tolerant (HT) corps that would threaten biodiversity should not be introduced. On the contrary, GM mustard is an HT crop, Kuruganti said.

“The HT quality of the crop is determined by the use of genes inserted in it and what traits the plant acquires in the process,” she said.

The bar gene inserted in the plant in the genetic modification process makes it tolerant to herbicides and kills the weed around it. The GM mustard crop will not survive if it is not HT. But with the spray of harmful herbicides such as glufosinate, the weeds around it will die, she said.

Moreover, she claimed that it would be unrealistic to expect the control of herbicide use in a country like India, where it is widely used for HT cotton.

Also read: I know the havoc that genetically modified crops can wreak

The GoI claims that the hybrid seed is achieved with careful selection of parents and not because of the three genes — bar, barnese and barstar — used in the GM process, Kuruganti said.

“But on the other hand, no such claim has been mentioned in the submitted documents of the Dhara Mustard Hybrid (DMH-11),” she said.

There are no studies mentioned. Hence the claim that the GM mustard will significantly increase the mustard yield in the country and reduce import costs is unscientific and baseless, she added.

The member said there is no evidence that the GM mustard delivers a higher yield than other non-GM hybrid mustard varieties available in the market.

There is no evidence to support the claim that farmers, the environment and agricultural workers will receive significant benefits, Kuruganti said.

“The Union government claims that the GM-based pollination control technology is better than non-GM hybridisation technology. But the seed production for GM mustard itself is risky, unproven and unnecessary,” she said.

Kuruganti explained that the people at large and the environment are being exposed to the risk of GMOs, including the spraying of Glufosinate herbicide on three occasions.

“The first will be during the maintenance and multiplication of parental lines, later during the hybrid seed production and finally when the farmers grow HT GM at a commercial level,” she said.

She also called India’s regulatory regime claiming gene technology robust and science-based false. The point is untrue as the number of biosafety and required tests performed for GM mustard at far less than that were undertaken for BT Brinjal.

An HT crop has not been tested as herbicide-tolerant so far and India has no regulatory protocols in place.“Moreover, there have been no health experts on the panel during the previous tests,” she said.

“India’s mustard production has significantly increased over the years. The average yield today is 1.5-2 tonnes per hectare,” said Dhiraj singh, the former director of ICAR-Directorate of Rapeseed Mustard Research.

It can be increased to three tonnes by adopting effective sowing techniques.

Some farmers in Rajasthan and Uttar Pradesh already reported yields of up to 3.8 tonnes per hectare. We do not need GM mustard for India, he said.