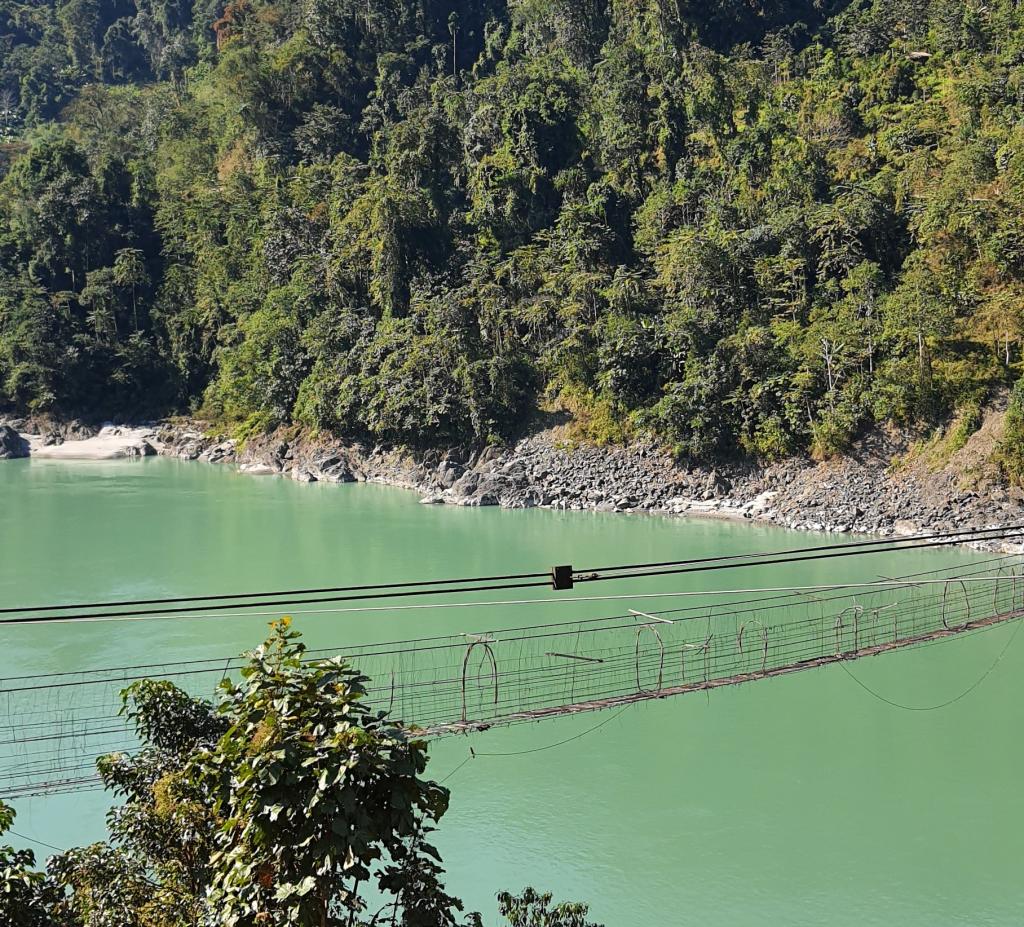 The story of Arunachal Pradesh’s Upper Siang district is at odds with the rest of the state: Rainfall in this district has increased over the past three decades even as it continues to decline in other districts.

This increased rainfall has led to a decline in rice productivity in Simong village in the district’s Kaying area. New diseases have emerged due to increased moisture in the soil and atmosphere. Pest attacks have also risen.

“New insects have been attacking the rice crop for the past two years or so,” said Titok Libang, a rice farmer from Simong. Libang grows rice on two hectares of farmland. He also practices pisciculture, horticulture and organic tea cultivation.

He recently won the Prime Minister’s Kisan award for agriculture; he does not use fertilisers, pesticides and other chemicals on his crop. This makes fighting the new insects even more difficult.

The region is not suitable for large-scale plantations and orchards. Rice, therefore, is the mainstay for farmers. The paddy is sown in June-July and harvested in November-December.

“The insects drill into the stalks of mature rice plants and eat them,” said Libang. Intense rains in the past few years — especially in October, November and December — have brought these new insects.

The extension of the rainfall season has been observed in other regions of North East India and other parts of the country. The water for irrigating the rice fields comes from the mountain springs in the area, which have been running in flow even in the non-monsoon period.

“When the Siang river got flooded in 2000, the water rose 30-35 feet and destroyed many rice fields along the flood plains of the river,” said Durik Miyu, a resident of Yingkiong who runs a local business. Farmers had to find other avenues for livelihood. Some shifted to orange orchards, but the crop was destroyed by excessive rains in 2020.

Down To Earth visited the Mopang area in December 2020: Sand could still be seen where the floodwaters had washed it up in 2000, indicating the long-term damage caused by floods.

“It is a commonly held notion that extensive and profitable agriculture is practiced in Upper Siang. But the situation is not like that anymore,” said Miyu.

He added: “Increase in temperatures and rainfall has caused the agricultural productivity of the region to go down. People have shifted out of agriculture to other jobs and livelihoods.”

“There would be snowfall on those peaks in front of us about 20 years ago. There is nothing now,” said Moddo Patuk (59), a farmer from the Moying village on the right bank of the Siang River.

“It is either extremely cold or extremely hot in our village now. We used to have much milder weather before”, he says. Even with the increased cold during winters snowfall is scarce. This is when in the past the peaks around Moying would be covered with snow even during the summer months.

The extreme summer heat has brought an unprecedented change in local vegetation. “Earlier, mango trees never bore fruits as the temperatures were not warm enough. That’s not the case now,” said Patuk.

Another major change has been an increase in the intensity of rainfall in the region. “The pests attack the younger rice plants in these areas. We do not use insecticides, so we lose the entire crop when a pest attack happens,” he added.

Lobo Apang (63), a farmer and teacher from Ramsing village upstream of Moying said earlier, Morma, a local rice variety, yielded 100 quintals of rice from one hectare, nearly 2-3 times the productivity in the plains. This has now decreased by around half.

He said the older people who once had a sense of the climate have now lost track. Along with rice, the productivity of local varieties of millets such as Tami has also gone down in the recent past. Rainfall has decreased the productivity of jackfruits and oranges. The quality of these fruits has also decreased over time, leading to fewer returns in the market.

The flow of water in local springs and streams has also increased drastically in the last few years. This has made traditional fishing difficult, hence cutting off an important source of food and livelihood.

The springs would earlier dry up in December and revive again during the spring or the rainfall season. They now have strong water flow throughout the year. This has lead to a decrease in the fish biodiversity in the streams.

“There are around 30 varieties of fish here, out of which a few are endemic and rare. Ngokiy, for example, is found only in the region. Some of these fishes may even go extinct or may already have,” he added.

Patuk also rears silk worm, but that too has been affected by changing climate.  Worms are unable to form the cocoon which yields silk. Apang has observed a decrease in the diversity of plants and animals in the region over the years, particularly of hornbills and flying squirrels.

“There is a notion that diversity of birds and animals in Arunachal Pradesh has decreased because of hunting practices. But this is not true. Deforestation and climate change is behind the crisis,” said Apang.