Chinese pink dolphins are making a comeback in the Pearl river estuary, one of the most heavily industrialised areas on Earth, according to a story by international wire agency, AFP.

The Pearl River estuary includes Hong Kong, Macau as well as the mainland Chinese cities of Shenzhen, Guangzhou and Dongguan. Some 22 million people live in the area.

Pink dolphins have seen a decline in their numbers in the past 15 years by 70-80 per cent. Dolphins use echolocation to find their way in water. The estuary is one of the busiest shipping lanes in the world.

Ships often disturb the dolphins in finding their way and even kill them.

But dolphin numbers in the waters between Hong Kong and Macau have seen a rebound this year because the novel coronavirus disease pandemic has stopped ferries for the time being, according to the AFP report.

The number of pink dolphins in the waters has roughly increased by a third according to scientists quoted in the report.

A 26-year-old hiker in the US state of Utah has recorded a six-minute video of encountering a mountain lion or cougar while hiking in an area called Slate Canyon.

Kyle Burgess recorded the expletive-filled video in which he can be seen stumbling into two puma cubs and is then threatened by their mother, according to a report on CBS news

Burgess can be heard making loud sounds and hissing at the cat as he backs off. After six minutes, he finally flings a stone at the mountain lion following which it goes away.

1. This video of a cougar "escorting" a hiker is going around & most people are just tweeting out the part where she's behaving aggressively

What's missing is the part where he approached her kittens/cubs

Also want to use this opportunity to talk about safety around large cats pic.twitter.com/Iq1BEzUQkP

The United States National Aeronautics Space Agency (NASA) has captured fires burning across a vast swathe of Bolivia earlier this month, a statement on the NASA website said.

This year, fires have been burning in the Pantanal, the largest tropical wetland in the world which is located in the eastern part of Bolivia.

Infernos have also been blazing in the dry Chiquitano forest in southeast Bolivia and the Beni savanna and Amazon rainforest areas in the north.

The NASA report attributed the fires to a prolonged drought as well as a recent heat wave that “has turned vegetation to tinder”. The drought has been blamed on warm temperatures in the Atlantic Ocean that have caused moisture to shift to the Northern Hemisphere. 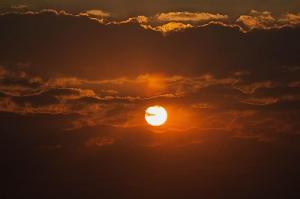 The September of 2020 was the hottest September since 1880, according to scientists at the United States National Oceanic and Atmospheric Administration or NOAA.

A statement on NOAA’s website also noted that September’s warmth had contributed to 2020 being among the hottest years on record.

This surpasses the average global temperatures for both September 2015 and 2016 by 0.04 of a °F (0.02 of a °C), which previously tied for the hottest Septembers on record. 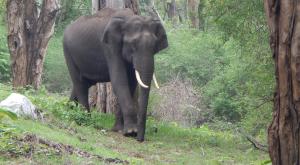 The Madras HC had, in July 2011, declared that the Tamil Nadu government was fully empowered under the ‘Project Elephant’ of the Union government as well as Article 51 A (g) of the Constitution to notify the elephant corridor in the state’s Nilgiris district.

“The Supreme Court Bench of S Abdul Nazeer and Sanjiv Khanna dismissed the special leave petition filed by the Hospitality Association of Mudumalai and Others against the 2011 Judgment of the Madras HC,” Vishal Sinha, an advocate in the case, told Down To Earth. 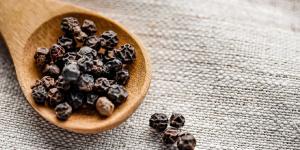 A team of Indian scientists has claimed to have identified black pepper, the everyday kitchen spice, as a possible candidate for developing a drug against the novel coronavirus disease.

A computational study conducted by the researchers from the Department of Physics at the Indian Institute of Technology (Indian School of Mines), Dhanbad has found that Piperine found in black pepper, can bind and inhibit the SARS-CoV-2 virus that causes the disease.

Umakanta Tripathy, team leader, said SARS-CoV-2, like any other virus, uses the proteins on its surface to enter into the cells of the human body. He and his team looked for natural compounds that could bind to these proteins and stop the virus from entering human cells.

They used computer-based techniques such as molecular docking and molecular dynamics simulation to hunt for potential inhibitors.

They selected 30 molecules present in common kitchen spices and explored their role as a therapeutic agent. Out of these, Piperine, an alkaloid present in pepper and responsible for its pungency, emerged as a strong deterrent of the virus proteins. 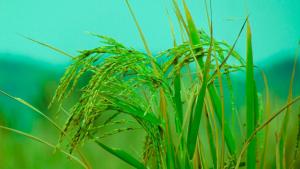 A recent study conducted by Indian researchers has discovered that modulating the functions of the pathogen responsible for sheath blight disease could be a game changer in the fight against the menacing rice disease.

Rice is a staple food all over the world and India is the second-largest producer and consumer of rice at the global level. Production of rice in India is limited by several biotic and abiotic factors.

Sheath blight disease caused by a necrotrophic fungal pathogen (Rhizoctonia solani) is a big threat to rice crops. Millions of tonnes of rice are lost due to this disease every year.

The study by the New Delhi-based National Institute of Plant Genome Research (NIPGR) is important towards understanding the sheath blight pathogen. It affects not just rice but also tomatoes and many other crops.

It will also help in developing a strategy to control the disease, say researchers at NIPGR.

“The disease was significantly reduced in the RS_CRZ1 silenced plants, compared to the wild type plants. Our data suggests that the RS_CRZ1 enables the pathogen to tackle hostile environment of the host faced during disease establishment process,” Jha added.