New study shows temperatures in Greenland haven’t been this warm in at least a 1,000 years 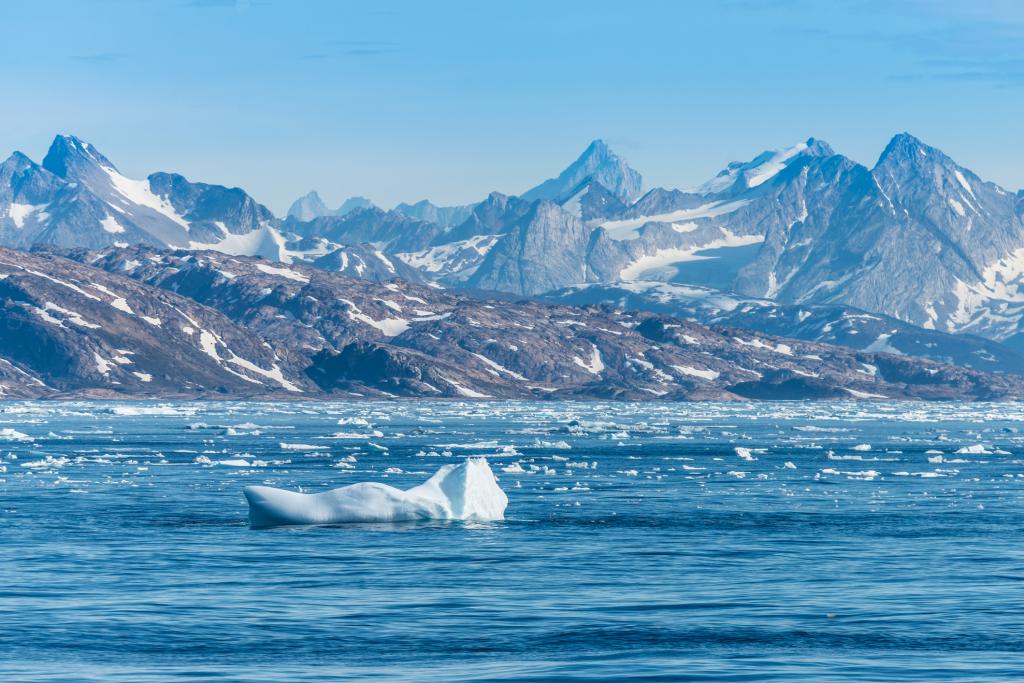 Greenland ice sheet has a central role in the global climate system owing to its size, radiative effects and freshwater storage. Photo: iStock

Global warming has reached Greenland, with a new study showing that remote high elevations of its ice sheet are facing the warmest decade in the last thousand years. The years 2001 to 2011 were 1.5 degrees Celsius warmer than the 20th century, according to the paper published in journal Nature.

An ice sheet is a mass of glacial ice of more than 50,000 square kilometres. Ice sheets contain about 99% of the Earth’s freshwater and are sometimes called continental glaciers, according to the website of science magazine National Geographic.

Today, there are only two ice sheets in the world: The Antarctic ice sheet and the Greenland ice sheet. Ice sheets form like other glaciers. Snow accumulates year after year, then melts. The slightly melted snow gets harder and compresses. As years go by, layers build on top of each other.

Read more: What’s going on with the Greenland ice sheet?

The land ice sheets in both Antarctica and Greenland have been losing mass since 2002, according to the United States National Aeronautics and Space Administration (NASA) satellites.

They are losing ice due to the Earth’s surface and ocean warming. Meltwater coming from these ice sheets is responsible for about a  third of the global average rise in sea level since 1993, according to NASA.

Greenland ice sheet has a central role in the global climate system owing to its size, radiative effects and freshwater storage, the paper said. The imprint of global warming in the central part of the ice sheet is unclear as long-term observations are unavailable. 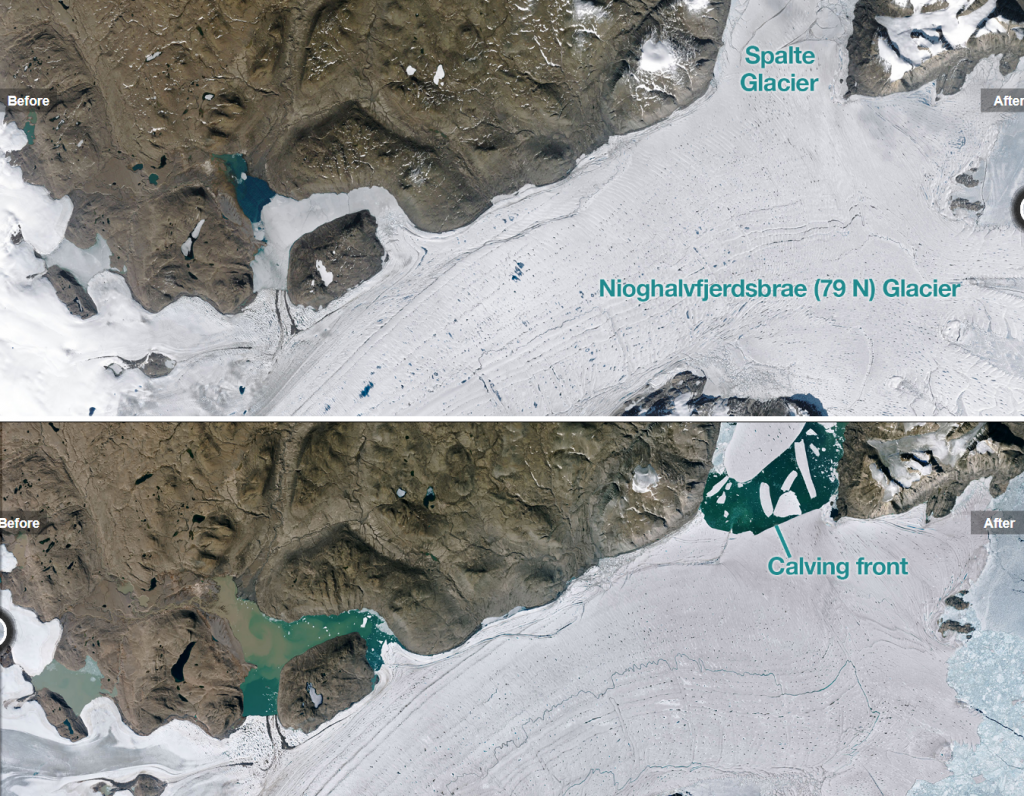 The Spalte Glacier, a huge ice shelf in in northeastern Greenland, photographed on August 16, 1986 (top) and July 24, 2020 (bottom) is disintegrating. Photo: NASA

Records from instrument-based measurements of air temperature are often too short, the study said. Although climate models can reproduce long-term trends, they tend to underestimate regional climate variability and are challenging to validate.

The researchers from Alfred Wegener Institute drilled into the ice sheet to reconstruct and study past climate states in Greenland. The further they drilled, the more they could see the effect of environmental temperatures on the sheets.

Ice sheets allow us to go back in time and to sample accumulation, air temperature and air chemistry from another time, according to University of Cambridge produced knowdge-sharing website AntarcticGlaciers.org.

An ice core is a core sample that is typically removed from an ice sheet or a high mountain glacier.

The ice cores drilled by Alfred Wegener researchers were unprecedented in length and quality, the study claimed. The researchers managed to create a high-quality reconstruction of central and north Greenland temperatures from AD 1000 until 2011, along with melting rates of the ice sheet.

The ice cores of the past 1,000 years showed that warming in central and north Greenland is surprisingly pronounced. The warming in the recent decade (2001-2011) exceeded the pre-industrial temperature of the 20th century by 1.5°C on average.

Human-induced climate change is leading to this rise in temperatures, the study said, which has been apparent since the 1800s. The disproportionate warming is accompanied by enhanced Greenland meltwater run-off.

This implies that central and north Greenland are also being affected and losing mass by warming temperatures.

“Greenland is the largest contributor currently to sea-level rise,” Maria Hörhold, lead author of the study and a glaciologist with the Alfred Wegener Institute, told cable news CNN.

Read more: Scientific reticence is a serious threat when it comes to climate change

“And if we keep on going with the carbon emissions as we do right now, then by 2100, Greenland will have contributed up to 50 centimetres to sea-level rise and this will affect millions of people who live in coastal areas,” Hörhold added.

Ice sheets have tipping points at or slightly above the 1.5-2°C threshold, a 2018 study published in Nature said. Losing ice sheets may lead to irreversible mass loss in Greenland, whereas major drainage basins could collapse in Antarctica.

Another 2022 study had found that warm ocean water in Greenland’s fjords was chiseling away at parts of the floating ice sheet from underneath. The rate of melting for the submerged ice has been grossly underestimated, it said.