Following the dismissal of the petition in the high court, the residents of Raini village are now preparing to appeal to the Supreme Court, despite limited resources 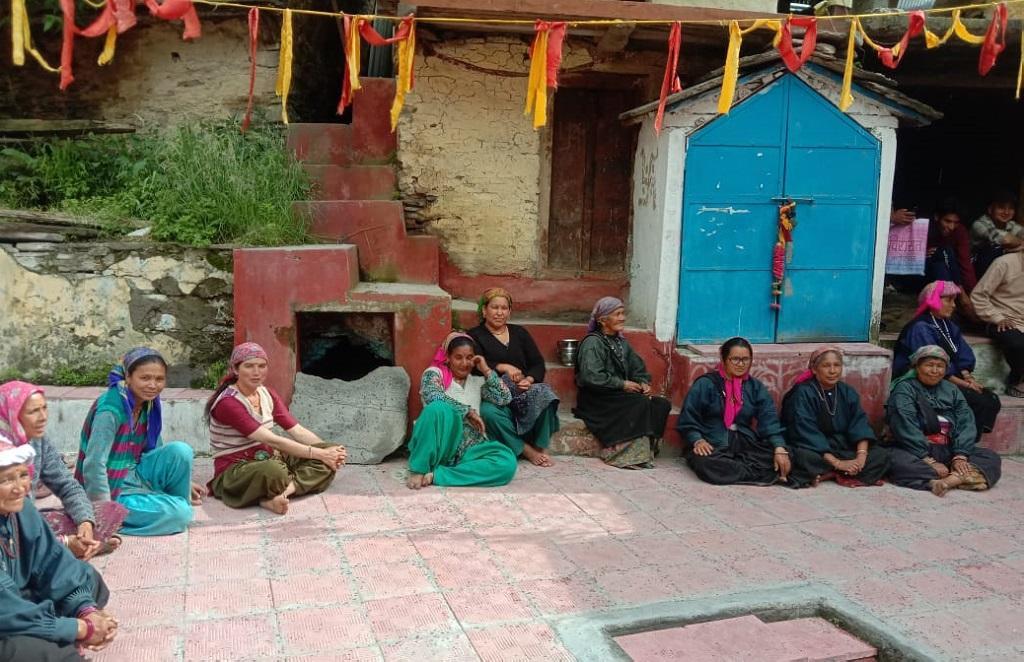 Residents of Uttarakhand’s Raini village, the birthplace of the Chipko Movement, have gathered again to fight against environmental degradation. Their plea in the Nainital High Court demanding rehabilitation, after floods caused widespread destruction and claimed several lives in February, got rejected.

But the villagers, who earn their livelihoods through small-scale farming and animal husbandry, have not given up hope.

The Gram Panchayat convened in the tribal hamlet last week and unanimously decided to move the Supreme Court against the high court order with their meagre hard-earned savings.

This time, as it was 48 years ago during the Chipko Movement, the battle of Raini village is about saving the environment and its existence.

The movement was started in 1973 by women like Gaura Devi, Bati Devi, Chandri Devi, Uma Devi, Rupsa Devi, Duka Devi, Chiladi Devi and Musi Devi. Now, their second and third generations are gearing up to continue the tradition.

This time, the demand is to revoke the approval of hydroelectric projects that are wreaking havoc in the high Himalayan region and to relocate the residents of Raini to a safer location.

Raini is located on the banks of river Rishiganga that cuts through the village, with river Dhauliganga a short distance away.

National Thermal Power Corporation Ltd (NTPC) operated the 13-megawatt Rishiganga Hydroelectric Project on Rishiganga. On February 7, 2021, a devastating deluge completely destroyed the power plant and flooded the lower part of the village. Officially, 206 people went missing and 88 bodies were recovered. Raini was no longer a safe place to live.

Following the disaster, the villagers began to demand relocation, but no one paid heed.

A few hundred metres of the Joshimath-Malari highway, a critical point of communication, was also impacted by the flooding.

After the latest disaster, the people of Raini intensified the demand to settle them in a safer place. The village head, Bhawan Singh, gathered villagers in a meeting after the administration refused to take them seriously. They decided to move the Nainital High Court. The biggest hurdle, according to Singh, was money.

Dismissal of the petition

The petition raised serious issues but could not survive even a single day in court. On the first day, a two-judge bench, comprising Chief Justice of the high court Justice Raghavendra Singh Chouhan and Justice Alok Kumar Verma, not only dismissed the petition but also ordered all petitioners to pay a fine of Rs 10,000 each.

One of the petitioners, Atul Sati, said they are baffled by the court's decision. They currently have only one option: Challenge the decision in the Supreme Court.

Petitioner Atul Sati said that NTPC’s lawyer boasted about his victory in a press release by the company after the HC decision.

The court refused to recognise him as a social worker without giving him the opportunity to prove it, he added. Sangram Singh, one of the petitioners, had previously filed a plea in the HC opposing the Rishiganga project but the bench made no mention of it.