For the last 130 years, the lion subspecies has been found only in Gujarat 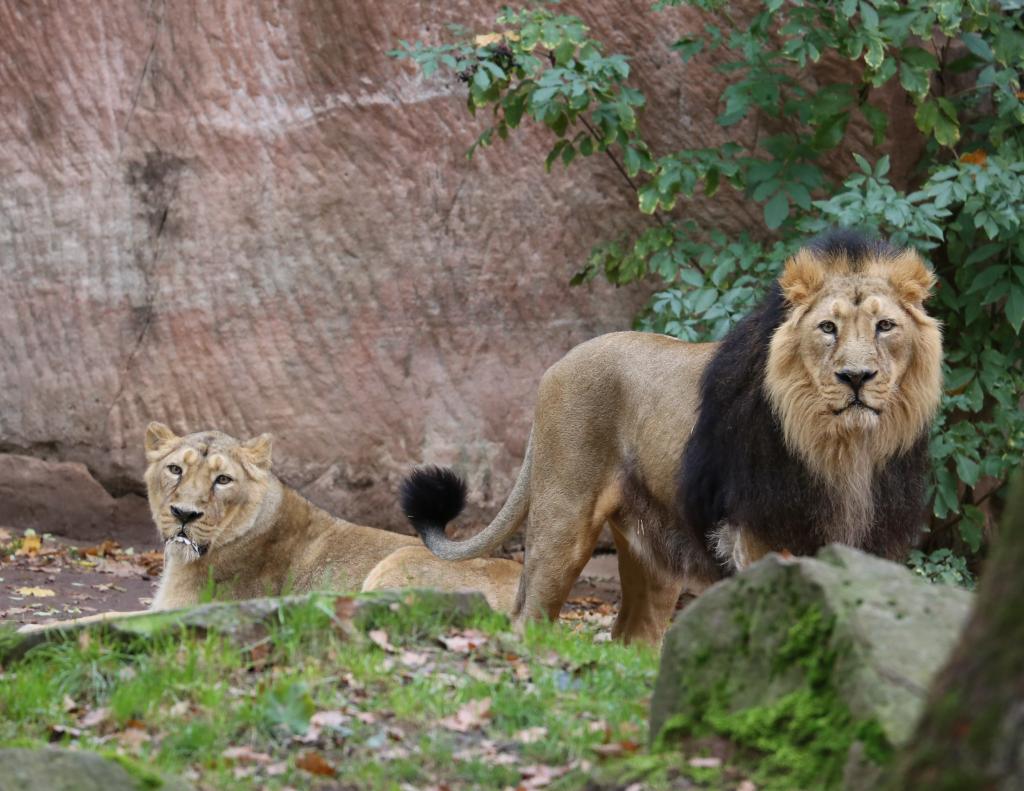 The only free-roaming population of Asiatic lions in the world has been in Gujarat, India, for the last 130 years. But before that, the lion subspecies inhabited most of southwest Asia and were present across India.

Read more: A great reason to celebrate International Tiger Day with the Cheetah

This has been the case with the population of Asiatic lions for the last 130 years. But before that, Asiatic lions were found in most of southwest Asia and a large part of the Indian subcontinent.

“Historically, Asiatic lions roamed over the entire Indo-Gangetic plains, from Sindh in the west to Bihar in the east,” said Asiatic Lion: A success story — Recapturing the lost kingdom, a report by the Gujarat forest department.

In the Indian subcontinent, the lion was found in Uttar Pradesh, Punjab, Haryana, Bihar, Rajasthan, a part of Madhya Pradesh, Gujarat and Pakistan, the report added. The distribution was restricted in the north of the Narmada and in the west and south of Ganga rivers.

Lions, like many other animals and even humans, migrated to India from Africa, said Divyabhanusinh, former vice-president of the Bombay Natural History Society. He is also a member of the Cat Specialist Group, which works to conserve all free-living cat species and International Union for Conservation of Nature’s (IUCN) species survival commission. IUCN is an international conservation agency.

“Animals like lions, leopards, cheetahs and others came from Africa and colonised the Indian subcontinent right up to Palamu in the east. The southern border of their range was up to the Narmada river and maybe a little beyond,” Sinh told Down To Earth.

The lion evolved in Europe and then moved down to Asia Minor due to climatic changes, said the forest department report.

“African and Asiatic lions were separated about 55,000 years ago and then evolved into two different subspecies. The Asiatic lion was found in north Africa thousands of years ago along the Mediterranean, Asia Minor, India and perhaps a part of Europe,” it stated.

Asia Minor is a large peninsula in West Asia and the westernmost protrusion of the continent.

The subspecies survived in a part of Asia Minor, Iran, Iraq and India till the 19th century but became extinct from other ranges at the beginning of the 20th century, except in the Gir forest. Since then, the population of the lions has been restricted to one state.

The lowest numbers of the big cat were recorded in the 1880s, when their population was reduced to merely a dozen, according to the IUCN. With conservation efforts, their population rose and is now over 600.

The subject of translocation of lions for better conservation brings up the question of whether these lions can co-exist with tigers. Thanks to the success of Project Tiger, the animal is more widespread in the country now.

“If the lions are shifted to another site, ideally, they should be able to co-exist with tigers. Lions are the only big cats that are gregarious and move in prides, so if there is an interaction, lions may make things difficult for tigers,” he said.

Lions live and have lived across a wide variety of habitats ranging from deserts, coasts, grasslands, savannah woodlands, scrub, dry and wet forests, including rainforest and mountains, said Ravi Chellam, chief executive officer of non-profit Metastring Foundation. Chellam is also the coordinator of the Biodiversity Collaborative, a network of institutions and individuals working to promote biodiversity science in India

“It is incorrect to state that lions are restricted to savannah grasslands. In fact, Gir is a dry deciduous forest with patches of scrub and grasslands,” he said.

Speaking about the issue of translocation and creating a control group, Sinh said while the Gujarat government has created separate populations in the state, it was still unclear how much distance between two populations is enough to ensure that it does not get wiped out.

Read more: Conservation as tool for assertion: How Banni pastoralists took matters in own hands

The Wildlife Institute of India, along with the Gujarat forest department, had created a Project Lion proposal and sent it to the Union environment ministry.

An order by the Supreme Court of India on April 15, 2013, to translocate lions to Kuno is still valid, Chellam said.

Many people blame cheetah translocation for the fact that lions were not translocated to MP, Sinh added. The conservationist cited China’s example to explain how it strictly controls the population of pandas sent outside the country.

“Gujarat has repeatedly said it does not want to translocate the lions to other states. It is not because of the cheetahs,” Sinh further said.