This September was the 5th warmest in 142 years: Report

For the Southern Hemisphere, the month was the hottest this year 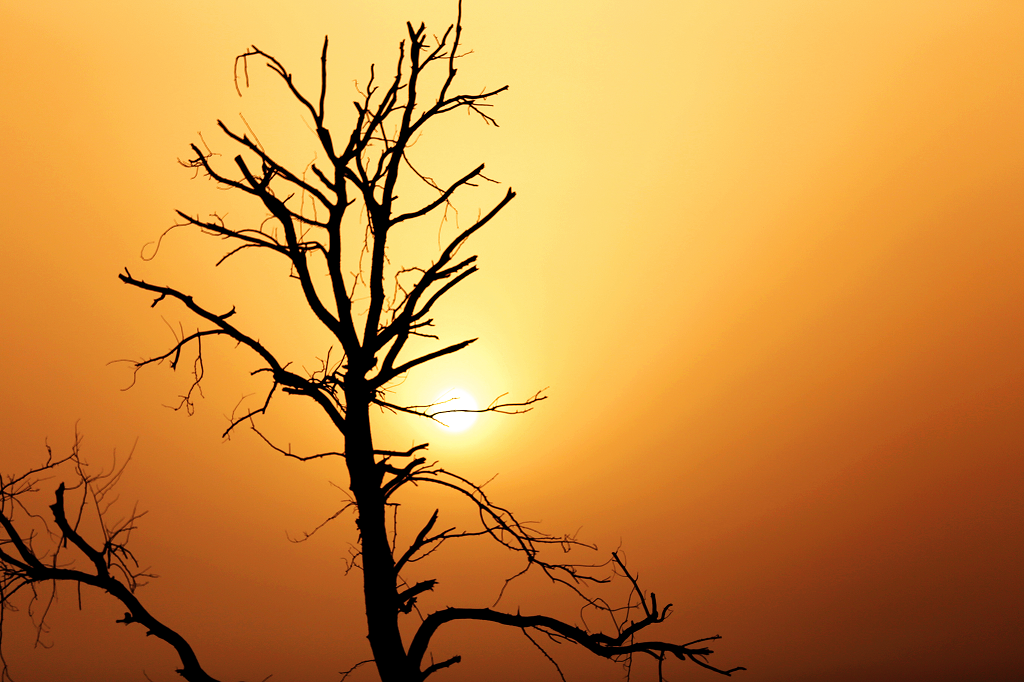 The global surface temperature in September 2021 was the fifth-highest for the month since 1880, according to the National Centers for Environmental Information (NCEI), a United States agency.

The earth was 0.90 degree Celsius warmer this September than the 20th-century average of 15°C, the report stated.

For the Southern Hemisphere, the month was the hottest this year, wrote the scientists of the environmental information agency under the National Oceanic and Atmospheric Administration of the United States. The report added:

All of the eight warmest Septembers were since 2014, which was the warmest year on record, NCEI noted.

The average temperature of the first nine months of 2021 was the sixth-highest on record, the report stated.

The agency’s outlook report predicts that this year will be the 10th-warmest.

Each month since February 1986 was warmer than normal, scientists of Climate Central, an international consortium of scientists and journalists researching on climate change, had said in April 2017. 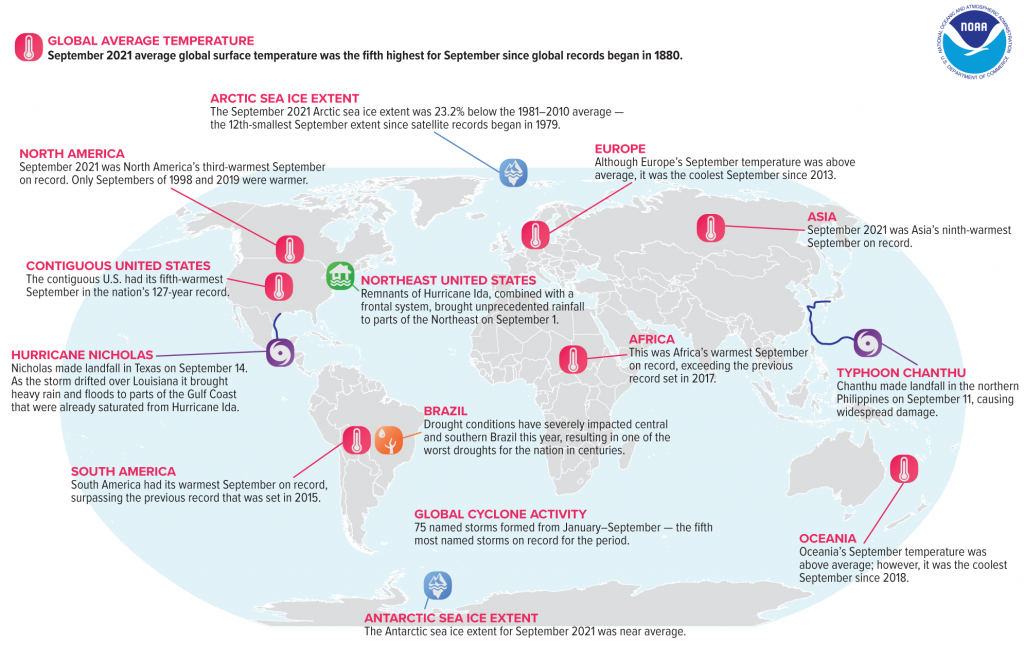 Temperatures were cooler than average across parts of Alaska, Greenland, western and eastern parts of Russia and central and southern Pacific Ocean, according to the researchers.

In Europe and Oceania, the temperature was higher than average but the regions experienced the coolest September since 2013 and 2018 respectively.

On September 16, the Arctic ice cover reached its annual lowest. By the end of the month, there were 75 named storms globally — the fifth highest for the first nine months of any year, the report showed.

Cyclone Gulab struck India's east coast on September 26 and caused torrential rainfall and widespread damage in several states. September 2021 was the second-wettest September in 27 years for the country, according to The Weather Channel.

“Drought conditions have severely impacted central and southern Brazil this year, resulting in one of the worst droughts for the nation in centuries,” the scientists wrote in the report.

East Africa as well as northeast and northwest India also experienced drought-like conditions around September. In some Indian states, droughts and floods occured simultaneously in different areas or successively in the same period.