The Shaliganga Nallah in Budgam is a feeding channel for the Hokersar Wetland Reserve, an internationally declared Ramsar site and home to migratory birds 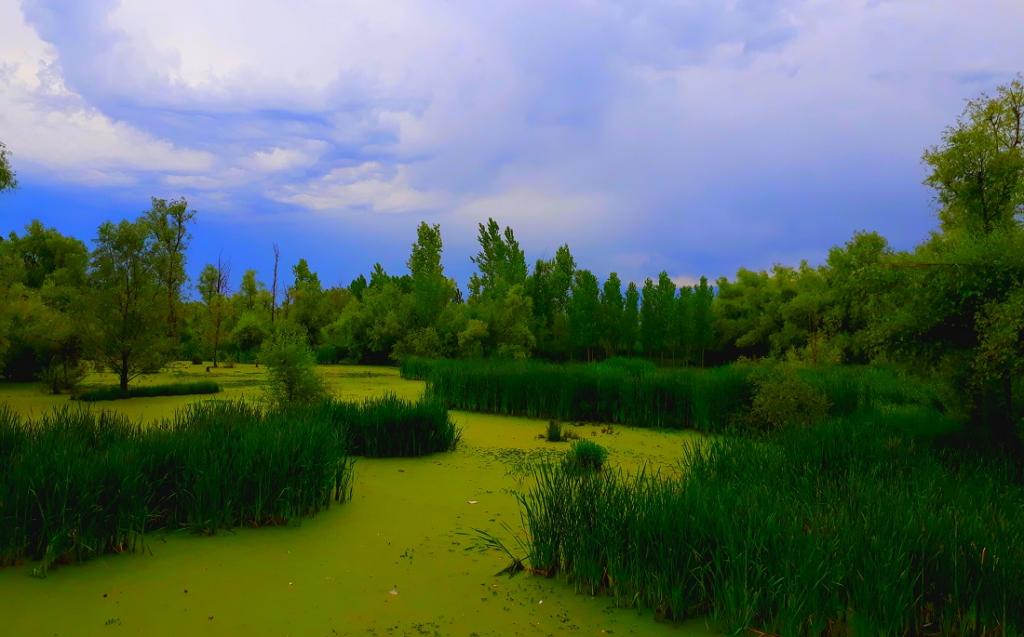 A National Green Tribunal (NGT) bench headed by Justice Sudhir Agarwal September 28, 2022 ordered mining operations at the Shaliganga Nallah in Budgam district of the Kashmir Valley to halt, calling into question the environmental clearances (EC) given for the operations.

The NGT order came in response to a plea by activist Raja Muzaffar Bhat. It challenged the validity of the ECs given to three mining blocks in the area earlier this year.

It was given clearance for the same May 19, 2022 by the State Environment Impact Assessment Authority, Jammu & Kashmir, which was challenged by Bhat.

The order stated that according to the appellant, “All the three proposals were rejected by the (administration-appointed) Jammu and Kashmir Expert Appraisal Committee (JKEAC) on the ground that the area for which ECs were applied, are already overexploited; depleted to a large extent due to heavy illegal mining.”

“Shaliganga Nallah is a feeding channel for the Hokersar wetland and mining activity may be detrimental to natural flow and quality of water flowing into Hokersar; irrigation kuhls are also present within the mining site,” it added.

The JKEAC had examined the mining blocks on the latest Google Image of October 2021. It found that minerals had been depleted to a large extent due to heavy illegal mining. Hardly any material was available for exploitation without endangering the environmental setting of the Nallah.

Heavy illegal mining activity was observed in and around the mining blocks in October 2021, which needed appropriate action by competent authorities.

The mining may be detrimental to the water flowing into Hokersar Wetland Reserve which is an internationally declared Ramsar site and home to migratory birds. A Ramsar site is a wetland site designated to be of international importance under the Ramsar Convention.

Bhat wrote in the appeal that the ECs were granted without taking into account the grounds on which the previous proposals of the project proponent had been rejected.

He cited that the ECs violated Rule no. 4 of the Jammu and Kashmir Minor Mineral Concession, Storage, Transportation of Minerals, and Prevention of Illegal Mining Rules, 2016.

This prohibits any minor mineral concession being granted within a distance of 25 metres of any embankment. He further cited the fact that the ECs were given without the District Survey Report being prepared without proper guidelines.

The appellant pointed out that the project proponent had also undertaken certain activities during mining that were ‘strictly prohibited’ under the ECs.