Populations of seals and penguins could be in grave danger if an iceberg that has been drifting for more than three years in the Southern Ocean near Antarctica, hits a British island territory in the area.

The iceberg, named ‘A68a’, separated from the Larsen C ice shelf on the Antarctic Peninsula in 2017. At 100 miles long and 30 miles wide, it is roughly the size of the US state of Delaware, the New York Times reported.

A68a was about 400 kilometres away from the coast of the British island territory of South Georgia November 4, 2020, according to the British Antarctic Survey.

The Times quoted scientists as saying that if the iceberg ran aground near the island, it would lead to barriers in the path of seals and penguins for gathering food.

Both, seals and penguins give birth on land and then travel back and forth to the ocean to provide food for their pups and chicks. If their routes are blocked, they would be unable to find food and that would lead to starvation, the scientists said.

There was a chance, however, that the iceberg might just sail past the island as the ocean current in the area was quite strong, the report said. 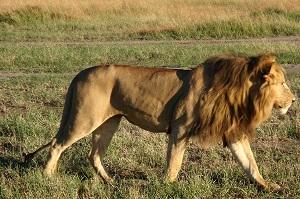 Lion populations are more fragmented now than 100 years ago: Study

Lion populations from India to southern Africa are more fragmented today than they were a century ago, according to a new study by Texas A&M University in the United States.

The researchers compared data from lions in recent years with those that lived more than 100 years ago, according to a statement from the university.

They first collected DNA data from three previously published studies on lions that lived between 1990 and 2012.

They also created a data set from DNA extracted from bones, teeth and hides of 143 lions that lived between 1880 and 1949.

The main conclusion that the researchers reached was that male lions were now roaming less over large areas as they used to a century back. This was due to the erection of barriers, fences and other human-built infrastructure.

In other words, males had lesser chances to spread DNA as lionesses usually tend to live in or near areas, they have been born in.

Earlier, it was not possible to tell where the male lions were from. In modern populations, the sub-population of the male could be traced from its nuclear DNA, as there had been very little movement of males, the researchers said.

This was serious, the researchers said as this would eventually reduce gene flow and lead to in-breeding. 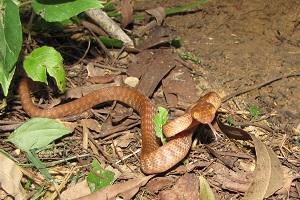 The brown treesnake, an invasive species, has been discovered on Cocos Island, a small atoll near the United States territory of Guam in the Pacific Ocean.

A fisherman first reported the presence of the snakes on the island to the local administration in September this year.

The administration is now working with the United States Geological Survey to locate and remove any snakes found on the island, a statement on the Survey’s website said.

Brown treesnakes have earlier wrought havoc on Guam itself. They caused the losses of nine of 11 native forest birds and significant population declines of several native lizards, bats and other bird species on Guam.

Cocos Island is home to a large number of endemic bird, reptile and other species. The snakes could threaten their existence, the statement on the Survey’s website said. 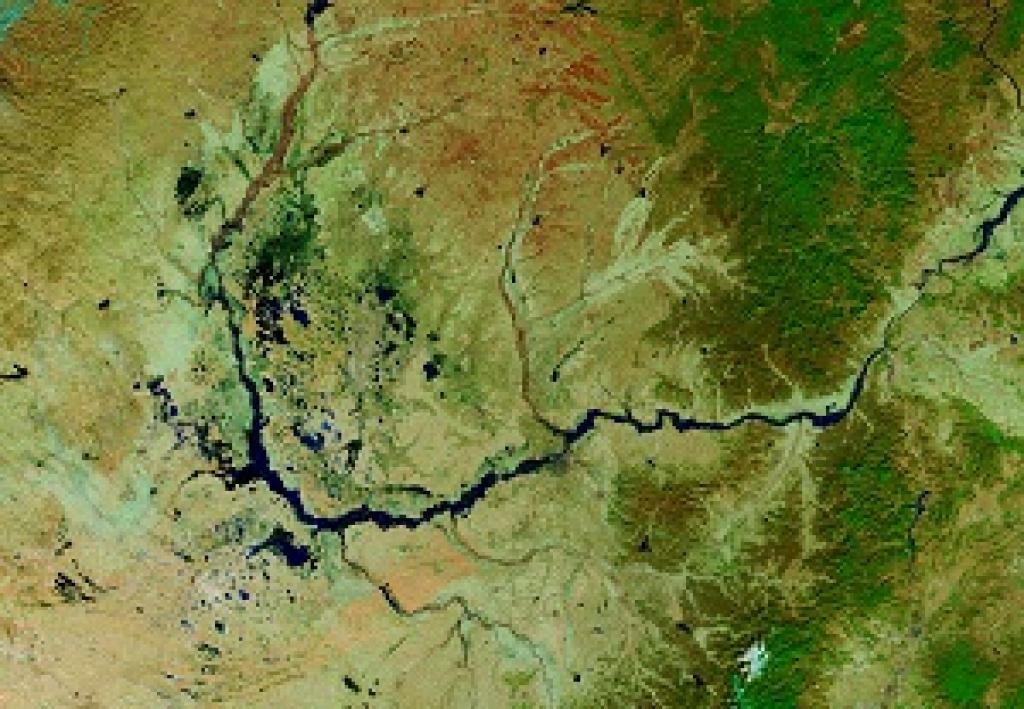 The National Aeronautics and Space Administration (NASA) has captured flooding on the Songhua river in northeast China in new images released on October 31, 2020.

The images captured by the Moderate Resolution Imaging Spectroradiometer on NASA’s Terra satellite, captured the Songhua in the Heilongjiang province of northeast China October 25, 2020.

On October 31, NASA released the image along with a photo of the same area that was captured on November 1, 2019, to compare the extent of flooding.

The Songhua, along with 14 other rivers in the area, started rising in September after Typhoon Maysak brought persistent rainfall to the Heilongjiang province. Eventually, the rivers rose above warning levels.

The flooding in the Songhua is just one of a number of flooding events across China this year. Central, southwestern and northeastern China have experienced frequent storms and heavy rainfall since June.

By September, the country had experienced at least 21 large scale floods in 2020 — the most floods since 1996.

The flooding has destroyed farms, affected millions and caused hundreds of deaths. 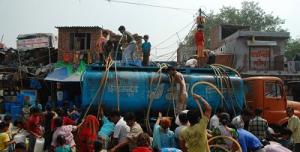 A hundred cities worldwide, including 30 in India, face the risk of ‘severe water scarcity’ by 2050, according to a recent report by World Wide Fund for Nature (WWF).

The cities would face a ‘grave water risk’ by 2050 due to a dramatic increase in their population percentage to 51 per cent by 2050, from 17 per cent in 2020, according to a press statement by WWF-India.

Thirty Indian cities are also included in the list.

More than half of the identified cities are from China and India. 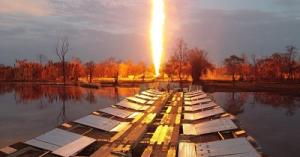 The Baghjan oilfield, along with 26 oil wells in Assam was operating without mandatory environmental clearances when one of the wells experienced a blowout May 27, 2020, followed by a fire, a National Green Tribunal (NGT) committee said November 3.

The blowout site, located next to the Dibru Saikhowa National Park (DSNP) in Tinsukia district, has been burning for 160 days. It continues to impact an area of 10 kilometres around the controversial Baghjan 5 oil and gas rig.

NGT’s principal bench headed by AK Goel, constituted a committee led by former Judge BP Katakey June 26 to investigate the cause and the impact of the blowout.

This was after Kolkata-based activist, Bonani Kakkar and Wildlife and Environment Conservation Organization, an Assam-based non-profit, approached the tribunal.

On November 3, Judge Katakey submitted a status report on the ongoing investigation into the cause and impact of the blowout. The committee has recommended payment of Rs 25 Lakh to 173 families and Rs 20 lakh to 439 families identified by the district administration.

The authorities found that 57 houses had been completely gutted during the explosion June 9, when the spilled gas condensates and crudes caught fire.

The committee found that a pregnant woman living in the vicinity had suffered a miscarriage. Similar instances of miscarriages were also reported among cattle and the endangered Hoolock Gibbon in the neighbouring forests. 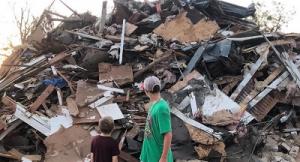 Climate-related weather events to break records in US this year, data shows

Extreme weather events caused by climate change will break records across the United States this year in all probability, new data has shown.

Between January and September, the United States has been hit by 16 billion-dollar weather / climate disaster events, according to recent data released by National Oceanic and Atmospheric Administration (NOAA) October 7.

The country lost at least $46.6 billion in nine months due to these events that included one drought event, 11 severe storm events, three tropical cyclone events and one wildfire event.

These events claimed 188 lives and had significant economic effects on the areas impacted. Till now, the most billion-dollar weather disasters in an entire year had occurred in 2011 and 2017, according to NOAA, a federal government body.

Hurricane Delta, which hit the state of Louisiana October 9, 2020, is being estimated to be another billion-dollar event. The US will have witnessed 17 billion-dollar extreme weather events in a year once this is confirmed. 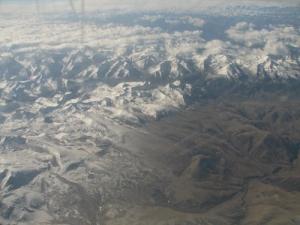 Nearly 28 per cent of particles collected from the air samples from a research station in the Himalaya-Tibetan Plateau were tarballs, a recent study has found. Tarballs are small light-absorbing, carbonaceous particles formed due to burning of biomass or fossil fuels that deposit on snow and ice.

The percentage of the tarballs increased on days of higher levels of pollution and could contribute to hastening of glacial melt and global warming, the study said.

It was published in ACS’ Environmental Science & Technology Letters November 4, 2020. A team of researchers from the Zhejiang University analysed the wind patterns and satellite data from the station.

The data revealed that a dense array of active fire spots — corresponding to large-scale wheat-residue burning on the Indo-Gangetic Plain — occurred along the pathways of air masses that reached the Himalayan research station during sampling.