The breeders have demanded that state Chief Minister Ashok Gehlot come up with a solution to their problems by November 26, 2020 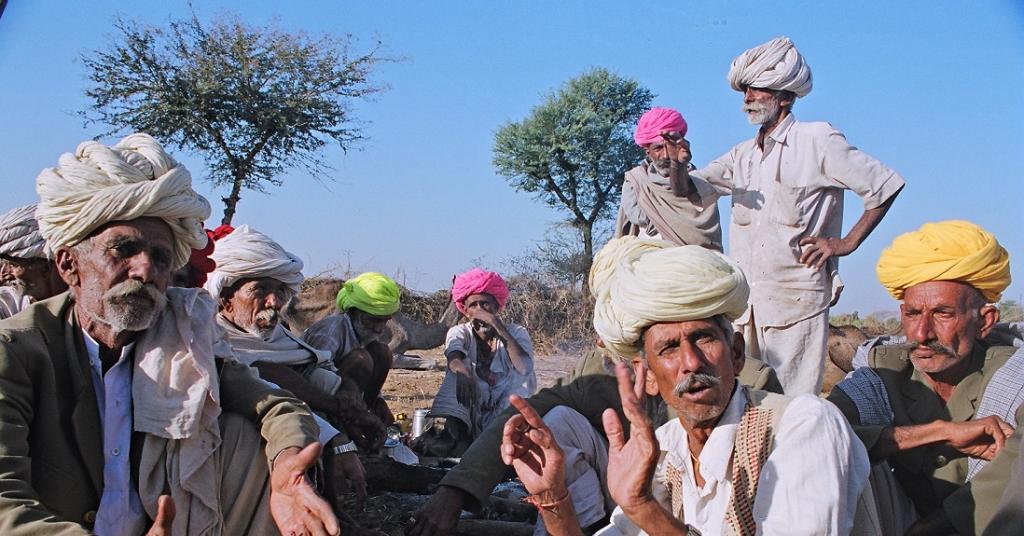 The Lokhit Pashu Palak Sansthan, a body of camel breeders from Rajasthan, wrote to Chief Minister Ashok Gehlot November 9, 2020, demanding a solution to the ban on export of camels by November 26.

In case the government did not take any step, the breeders threatened to leave their camels with the district collectors.

“In the absence of a dialogue and response, we will hand over our camels to the district collectors’ offices on November 26. We will also rally in front of the legislative assembly, to call for the government to truly take care of the state animal,” the breeders wrote.

The breeders have been facing problems as the prices and population of camels have crashed following the passage of the Rajasthan Camel Prohibition of Export Act in 2015.

When the camel was declared the state animal in 2014, we were hopeful that our communities of traditional breeders and caretakers as well as our animals would benefit, the letter said.

“But these hopes were dashed in 2015, when the Rajasthan Camel Prohibition of Export Act was passed. Instead of helping, this has had a negative effect, decimating the camel population to less than 200,000 now, from around 300,000 in 2012,” the letter added.

The ban prohibits the sale of camels to any other state or country.

The ban was put in place after animal welfare organisations lobbied the government to put a ban arguing that camels were being sent to be slaughtered in Bangladesh, causing their population to decline.

The Bharatiya Janata Party had put banning of export of camels in its election manifesto in the 2013 Rajasthan assembly elections.

“Camels used to be sold to Haryana and other states for milk, but now that has stopped. Now, camels taking goods across the state border are also stopped,” Hanwant Singh Rathore, director of Lokhit Pashu Palak Sansthan, said.

He added that a ban on exporting females was viable, as the export of males will not have a severe impact on the camel population and will also financially help the breeders.

“We need to be able to sell our male camels freely, including to Arab countries where there is a demand for racing camels. So, remove the export ban for male camels immediately, although it can stay in place for female camels,” the letter said.

The impact of the Act had been disastrous on the economy of the camel breeders. The letter noted that the price of camels had crashed to just Rs 2,500, from Rs 30,000.

“It is no longer possible to have an income from breeding camels. We can no longer afford to take care of camels and have to abandon them,” the breeders wrote.

In Pakistan, no such ban existed and the camel population there had increased to one million. Camels were being sold for Rs 1- 25 lakh Pakistani Rupees, the letter said.

While the official camel population figure is around 223,000, Rathore said the actual number was below 200,000, as people had stopped breeding camels.

He added that as people were not able to take care of the camels, they were being left to fend for themselves.

“Because of this, many camels have died after contracting skin diseases. Usually, these diseases are not lethal if taken care in time. But now, people don’t have money and because the camels are left to roam, these diseases become lethal,” he said.

Rathore said male camels were increasingly becoming aggressive during their breeding season from November to March, as mating had gone down.

Another problem that breeders faced is the shrinking spaces for camels to graze. Although Rajasthan had declared the camel as a state animal, it has not made any provision for grazing areas.

Historically, camel breeders would make use of forest lands set aside by rulers for camels and farm land for grazing. But over the years, these areas have become inaccessible.

“The camels stay in forests only for two months, from July to August. But now, forest departments increasingly do not allow breeders to let the camels inside the forests. For instance, Kumbhalgarh is a major forest area, but the forest department says that because it is a wildlife sanctuary, grazing won’t be allowed,” Rathore said.

Under the Schedule Tribe and Other Forest Dwellers (Recognition of Forest Rights) Act (FRA) 2006, there is a provision for recognising grazing rights. However, according to Rathore, no Community Forest Rights titles had been given to camel breeders.

Moreover, with an increase in the cattle population and the use of fertilisers in agriculture, camels are not only seen as competing for grazing resources, but also as unwanted.

“Earlier, camel urine and faeces were considered good for agricultural land and farmers would call us themselves to allow the camels to be settled in their field. But now, that is not the case,” Rathore said.

The government had started a programme in 2016 to give Rs 10,000 for every new-born camel in three instalments. But this programme has not been insufficiently implemented.

“Not everybody received it and the third instalment never came. Now the programme has stopped totally,” the letter said.

The breeders had also organised a protest about the ban during the Pushkar Animal Fair in November 2019 after which, the government had formed a committee to look into the matter.

The breeders have now given a list of five recommendation to Gehlot through their letter and have asked for a response by November 25. These recommendations are:

All breeders of Rajasthan held a meeting at the Lokhit Pashu Palak Sansthan in Pali on October 25. Attendees said 15,000-20,000 camels had died because of diseases in the last couple of years, according to Rathore.

Developing a market for camel milk products was important to improve the livelihood of camel breeders.

“The government needs to promote camel milk as a health food. Already, 90 per cent of our milk is used for autistic children. And there is a hidden camel milk market of 12,000-15,000 litres where the milk is mixed with cow and buffalo milk in small quantities,” Rathore said.