Saltie census 2023: 1,793 estuarine crocodiles including 20 whitish ones counted in Bhitarkanika

Last year, 1,784 of the reptiles had been sighted 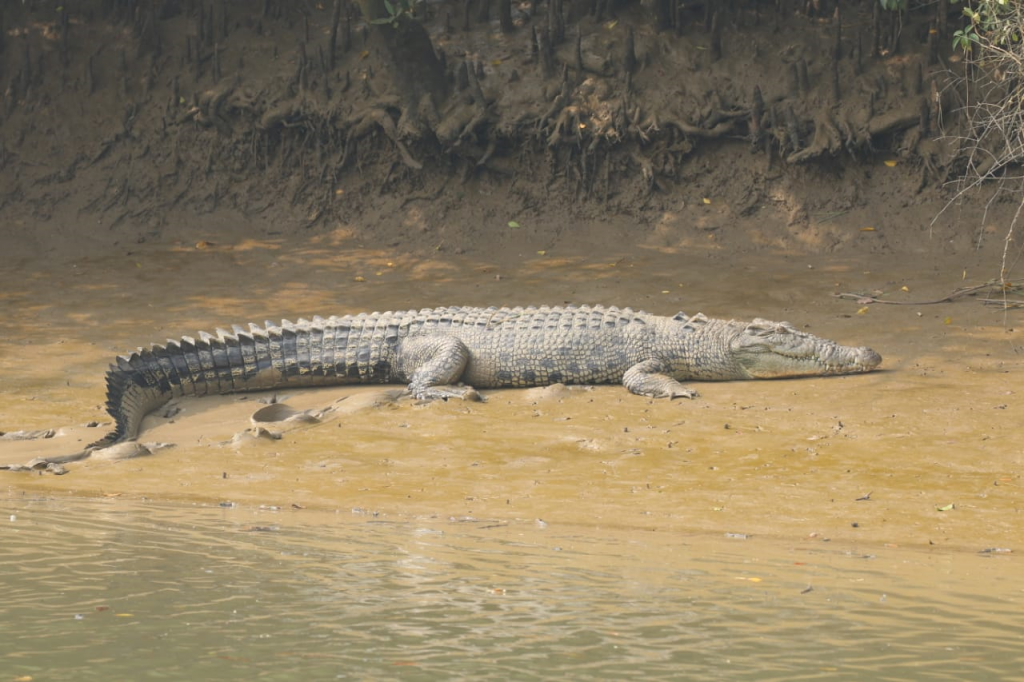 The population of saltwater crocodiles in the water bodies of Bhitarkanika National Park and its nearby areas in Odisha’s Kendrapara district has marginally increased in 2023, according to the annual reptile census.

“We formed 22 teams to count the estuarine crocodiles in all the creeks and rivers within the park and its nearby areas. The peak winter, exposure of more than 50 per cent of mud banks and the lunar cycle are suitable periods for counting the reptiles. We counted crocodiles from January 10-12,” said Adhir Behera, divisional forest officer (DFO) of Bhitarkanika National Park.

Bhitarkanika is the abode of 20 whitish estuarine crocodiles according to the reptile census report, added Kar.

“Some 1,192 estuarine crocodiles were counted during the reptile census of 2000, whereas in the 2001 census, the number of crocodiles reached 1,330,” the expert added.

Figures for other years, according to Kar, include:

Kar said the team used spotlights at night and Global Positioning System to count the saltwater crocodiles. They also used photographic interpretation during the reptile census through digital cameras with the exact date and time of the locations of the crocodiles. The researchers then used the pictures to measure the length and age of the crocodiles.

“In 1975, the ministry of forest and environment, in collaboration with the United Nations Development Programme, had started a crocodile breeding and rearing project in Dangamala within Bhitarkanika. Thanks to the success of the project, the crocodile population started increasing in the creeks, rivers and other water bodies of the park and its nearby areas. In 2006, the Guinness Book of World Records recorded a 23-foot long salt-water crocodile in Bhitarkanika as the largest crocodile in the world,” Kar added.

The breeding and rearing programme for three species of crocodilians — saltwater crocodile, mugger and gharial — had been started in 1975 in 34 places in West Bengal, Madhya Pradesh, Uttar Pradesh, Bihar and other states in India and Nepal.

But the saltwater crocodile conservation programme in Bhitarkanika is the most successful one as in 1975, Bhitarkanika was the home of only 96 crocodiles, added Kar.