We break indigenous societies and yet are scared of ‘them’ 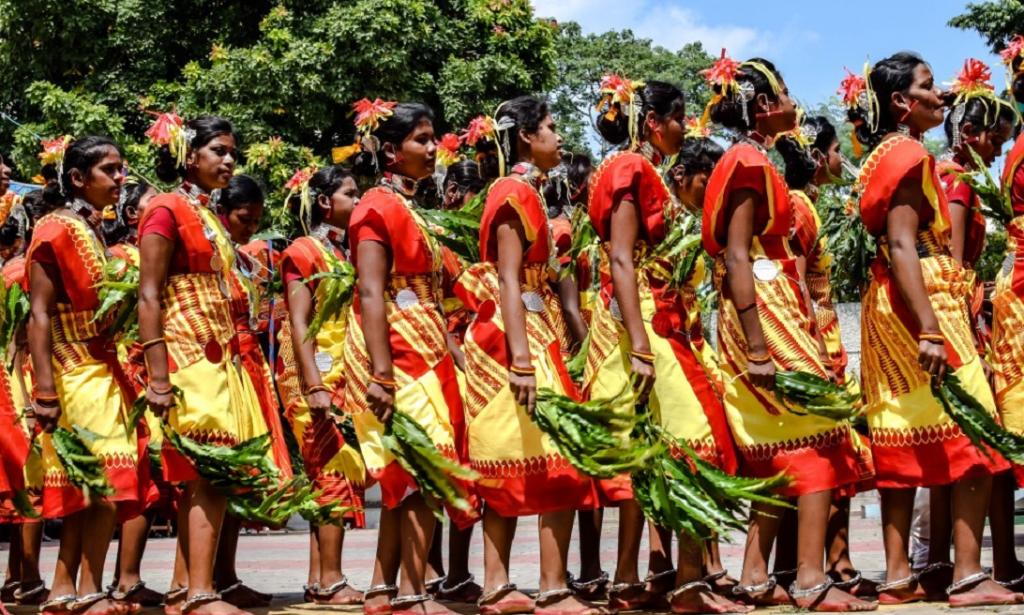 We (you, I and them) are all tribals by origin. Over the years, we have lied to ourselves and conveniently believed that we are not tribals and that we were never tribals. A lie repeated constantly becomes the truth.

In the last seven decades and more, after many ‘convenient’ map makings, we have been trying our best to destroy tribals and their lives. Still, they hold the keys to our rental economy, specifically for Odisha, Jharkhand, Chhattisgarh, parts of Andhra Pradesh, Maharashtra and the North East.

The platitudes related to a trillion dollar economy are majorly based on the mines and minerals in custody of our indigenous peoples. The tribals, whom we left behind and set out in pursuit of creature comforts, remain the guardians of flora and fauna, below which lie the sparkle of billions of dollars.

In our interest, we have ensured that they get relegated to being defined as ‘backward communities’ so that we can intervene with our largesse, which we think they need but they know they don’t. This is akin to us rushing back to our paternal property for an emergency bail out, when we are choked by our debt-ridden city existence. Déjà vu.

It is becoming increasingly chaotic for tribal communities in the mineral haven of Koraput in Odisha. The haven has attracted ravens. We (you and I) have been successful in finally ‘breaking’ them. If we do not make cohesive communities fritter away, we will be rendered jobless, penniless, and worthless.

For example, the non-profit sector has to play the tribal story, year after year, for their donors to keep them alive. Jargons like ‘capacity building’ and ‘community empowerment’ are their lifeline. Sporadic cases of tribal ‘development’ or tribal youth making it big is media-hyped. So much so that it is like being euphoric. Taking a selfie with a chimpanzee.

There always had been a disciplined and organised leadership style in these communities, till we tampered and wrecked indigenous societies. A new village was typically established as Ektaguda — which literally means a village discovered by one person. The word Ekta here does not signify unity but ‘singular’.

When there is any calamity in a village, people tend to shift to a new place because they believe they have incurred the wrath of their deity. Any community adversity like an epidemic or fire or ill-health of children is a bad omen and the elders in the community are convinced that the deity wants them to abandon the village.

Accordingly, the enterprising of the lot, ventures out to find a new place. He explores, discovers, starts a new settlement and becomes the obvious choice for the village headman. He becomes the Nayak and the system becomes hereditary.

This system of village administration need not fit into our description of governance but it always provided three crucial elements:

The indigenous communities thus are much more united and bonded than we are. We should envy, obviously. With technologies, we have further divided ourselves and all our algorithms are aimed at profiling, dividing and creating a new world of fakes.

Our divisibility exposes our hypothetical ‘mainstream’ — where there is hardly any stream and there is nothing called a ‘main’ because there is unruly wrangling for freedom. From the United States to Belarus, about 25 per cent of our time is spent on the streets protesting. Still, we bracket indigenous people as PVTG — Particularly Vulnerable Tribal Groups. Who is vulnerable? You know the truth.

ଚେଇଁ  ଶୋଇବ ଯିଏ ତାକୁ ଉଠେଇବ କିଏ – this is an Odia saying whose literal translation could be something like “who can wake up someone who pretends to be sleeping while awake?”.

It was simple, commune living. Many of our Gurus later on replicated commune living in western countries, which has been hailed as ‘magic’. But we, with the help of statutes, are bent on obliterating pristine life in its most original form. We were always meant to be like this.

Crime against women, burglary, cheating were never known in the communities. They did not use money and did not have any need for lust. All their needs were met by their Supreme Lord and provider, their forests — perennial streams, abundance of fruits, spices, mushrooms, wild tubers and roots.

The mix of native millets, pulses, legumes and oil seeds grown on small shift-and-burn patches on hill slopes, locally known as dongar (the clear patches) made their diets super healthy. Non-communicable, lifestyle diseases were not known, as recently as a few years ago.

They depended on the valley — the outside market for cloth, salt, kerosene and the delicacy of dried fish, intermittently. They had everything and so did not ever need money. We are jealous, quite naturally. We are poverty-stricken but we run programmes to eradicate their poverty. Hopeless sadism and nauseous guile. I and my civil society are squarely responsible.

With our public schemes and the lure of money, the community became political. Today, the community leaders are trained to engage in bitter, schismatic and corrupt governance. We need them and so we penetrated their self-sustained system, created artificial needs, peddled ‘development’, and finally got them addicted to our tokenism.

Tokenism is the new opiate of life. We have successfully spiked credulous lives with the poison of deceitful politics. If development was well meaning, then there was no place for politics.

Why do we have tribal youths going out as migrant labour? In the last seven decades and more, how many community livelihood programmes have provided sustainability to the indigenous communities? Where is the mainstream? Do you see that animal anywhere?

How do we sensitise the ward member that due to his or her complicity, a whole generation in getting wiped out? Do our civil society organisations go and spend time with the community leaders? Do our Harvard heading ‘smart fellows in public policy and governance’ care to work with them?

Do we discuss threadbare the issues of the communities in our endless, wisdom-spewing Zoom meetings? Talking and talking and talking, we achieve nirvana. While post-retirement wisdom is flowing unchecked, the extraction industry has already extracted our native lives from us, natives.

Some day, we will realise, if we are left alive and soon the forest Lord will seek His abode on another planet. Mythologies are no more myths — I am the asura and am scared of tribals because I am lowly.

Gadadhar Parida is Director of the Tribal Museum at Koraput

Charudutta Panigrahi is a policy advisor in sectoral reforms, the Chairman of FIDR, writer and political observer