Should a drought in Bihar be declared? Experts say yes, govt says wait 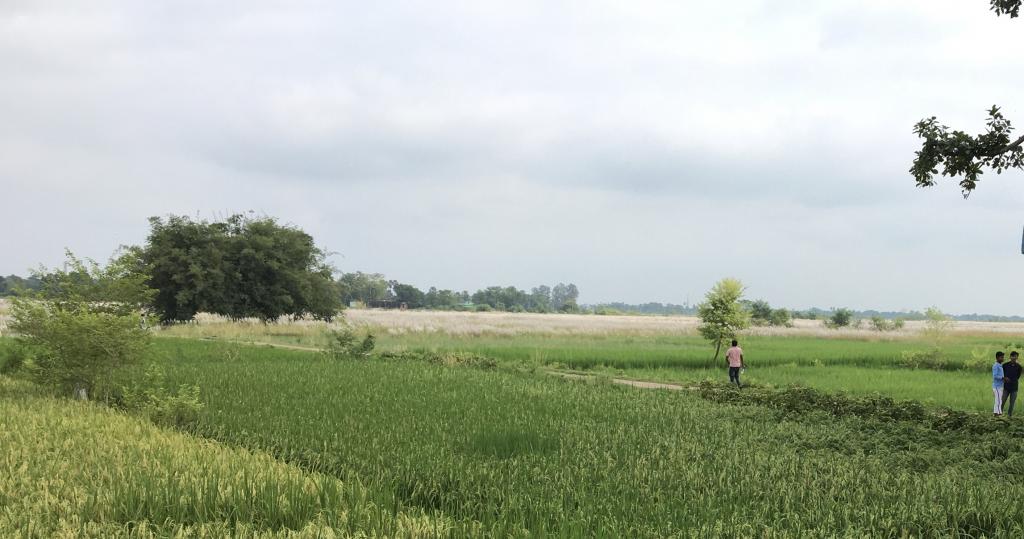 The window for transplanting paddy seedlings was mostly dry in Bihar. Photo for representation: Wikimedia Commons

Bihar, like most states in north, east and central India, has suffered due to a whimsical monsoon 2022. Rainfall has been scanty as well as erratic. Farmers have already shown signs of despair, as Down To Earth reported earlier. So is this agrarian state in the grips of a drought?

Scanty or erratic rains in June and most of July qualified Bihar to be declared as a drought state for monsoon 2022, experts said. However, government officials said it was too early for the declaration, as light rains began in the state on July 20.

The erratic rainfall has majorly affected Kharif agriculture, especially paddy cultivation, in the state. Farmers have already been apprehensive that they were headed for a drought. Now a section of experts has concurred with them. But the state administration is not ready to call it yet.

The conditions in Bihar qualified it to be declared a drought, said scientist Abdus Sattar. A government official, on condition of anonymity, agreed with him.

Most parts of Bihar saw rain on just two days in June, said Sattar. It started getting more consistent rain after July 20 — with its scale gradually increasing, he said.

“Most of June was dry, with good rain only on June 28 and 29,” he said. Most farmers couldn’t begin transplanting paddy seedlings in the second half of June. Only farmers with artificial irrigation facilities were able to do so, he said.

Monsoon 2022 can not be compared with the scale of rainfall in the last two years, said Gulab Singh, a Samastipur-based agrometeorologist.

“The state saw excess rain last time. On the other hand, 30 of the total 38 districts hardly saw any rain until July 20. This monsoon has broken 40 years’ records,” he said.

So why not a drought?

Bihar government’s disaster management department must follow 2016 guidelines published by the Union agriculture ministry to declare a drought, an official of the department told DTE. ”The guidelines will be followed for all of August and an assessment of the rainfall status will be carried out,” he said.

The department is the nodal division for effectively managing natural and human-induced disasters. It is responsible for the prevention, mitigation, response, relief, rehabilitation and reconstruction.

“Forecasts predict good rainfall from August 4-5. If we declare a drought right now and then get normal rains, farmers will not be able to cultivate as usual,” the official said.

Read more: Monsoon 2022: Northwest India to get heavy rain from July 28; rest of country to take a break

However, the question remains that will better rain in August improve farmers’ prospects? Not really, said Sattar.

“Farmers could not transplant paddy seedlings because of scanty rainfall until now. The window for transplanting, which was mostly dry, is almost over, so there’s a drought-like situation right now,” he told DTE on July 30.

However, DTE’s conversations with agriculture and disaster management departments hinted that the ground reality was being overlooked. Officials failed to provide details of managing the situation district-wise due to adverse monsoon conditions.

There was a contradiction between the version of one official of the agriculture department and another officer of the same department as well.

There is no urgency to declare Bihar as a drought state. We are monitoring the rain every day. After July 20, there was a significant improvement in rainfall.

Monthly figures from IMD show monsoon deficit in June varied from -59 per cent to -20 per cent in different districts, he said. “If the deficit is covered, it will not be scientifically accurate to declare a drought. It may lead to large excess rainfall that may cause flooding,” he said.

Farmers’ stress was alleviated with around 70 millimetres of rain on average, the official said. Some districts like Muzaffarpur and Darbhanga have also seen rainfall of 100 mm, he added.

However, another official on the condition of anonymity expressed grave concerns over the situation and said a drought condition should be declared. “Until July 20, the monsoon had completely disappeared,” the official said.

“In the first fortnight of July — when farmers need excess rainfall for paddy and other cultivation — there has been 78 per cent less rainfall than expected. Of the 38 districts in Bihar, 30 districts are severely affected,” he said.

Most of the state saw deficient or erratic rains for two months continuously and only a small area in eastern Bihar received more rain, he told DTE on July 25.

The disaster management department spoke only of subsidy on diesel to run tubewell for artificial irrigation when asked for measures to help farmers. Around 88 per cent of the agrarian state’s population lives in villages.

The department shared no information on any new policy to deal with such a grim agrarian crisis or information on the pre-preparedness before the onset of monsoon.

The Nitish Kumar-led Bihar government, on July 28, decided to provide diesel subsidies for agriculture use for the next three months.

Bihar agriculture minister Amrendra Pratap Singh stated that farmers can receive a subsidy of Rs 600 per acre per month, up to a maximum of eight acres.

Ground volunteers across Bihar and farmers said the scale of paddy cultivation in 17 districts this monsoon was less than 10 per cent.

In areas where the expected rainfall from June 1 to July 29 was at least 485 mm, only 287 mm of rain was received this monsoon, as per the regional meteorological centre, Patna.

Read more: Monsoon 2022: Northwest India to get heavy rain from July 28; rest of country to take a break

A farmer in Gaya said he has taken to daily wage work to sustain his family of 10 members. “I have completely given up on the Kharif sowing this time. This is one of the toughest times in several years for Bihar’s farmers,” said Premchand from Barachatti village.