MK Prasad, who brought environmental consciousness in India, is no more

India will forever be indebted to MK Prasad, the architect of the Silent Valley movement, for the leadership he provided to conservation movements at the national level 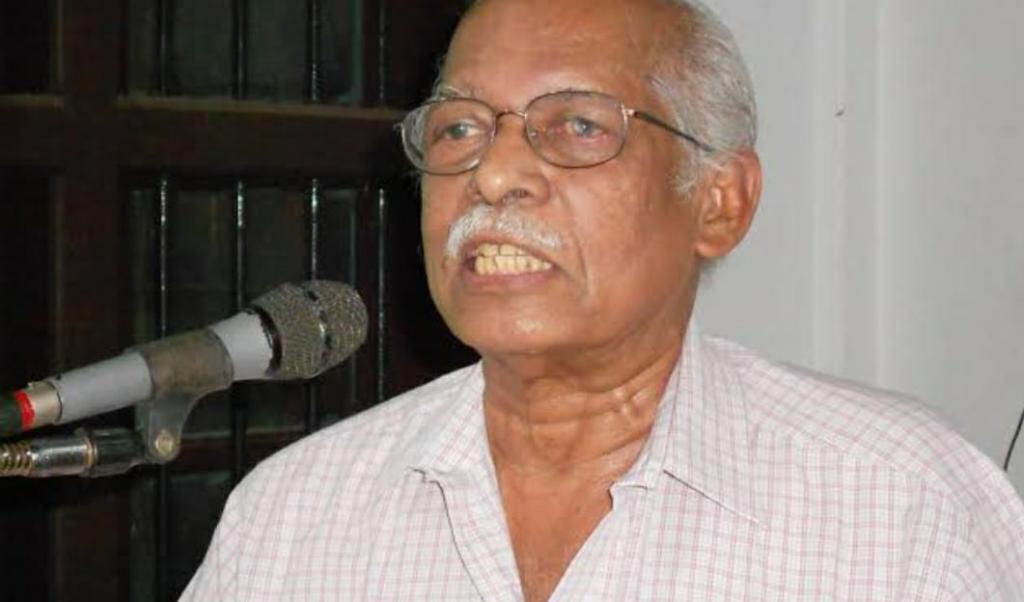 MK Prasad, one of India’s foremost environmentalists, died at around 5.30 am January 17, 2022, at a private hospital in Kochi due to complications from the novel coronavirus disease (COVID-19). Prasad signed an letter along with a group of concerned citizens and development professionals to state Chief Minister Pinarayi Vijayan, before being shifted to the ventilator of the hospital two days ago.

The celebrated botany professor had a rich legacy of infusing environmental education in Kerala from the beginning of the 1970s, when such thoughts gained grounds in the global sphere.

The recent letter to Vijayan raised apprehensions about the proposed multi-crore high-speed railway system called ‘Silver Line’. The Line would spell disaster for Kerala in multiple ways, the letter undersocred.

An 89-year-old Prasad had been at the forefront of protests against the project right since the time the Vijayan government visualised it, with an estimated initial outlay of Rs 63,941 crore.

It would also increase the vulnerability of the state, which has been facing severe environmental tragedies induced by climate change as well as human interference.

Prasad was a pro-vice-chancellor of Calicut University in the 1970s and a long-term principal of Kochi’s prestigious Government Maharaja’s College.

Prasad, one of the founders of the popular science movement Kerala Sasthra Sahithya Parishad (KSSP), turned environmentalism into a mass movement in Kerala. He liberated it from the clutches of a few oligarchs.

Half a century ago, Prasad, who was teaching botany at Calicut University, wrote a long article in prestigious Malayalam weekly Mathrubhumi.

It detailed severe environmental and social costs of a mega hydroelectric power project planned by the Kerala Electricity Board inside the fragile bio-diverse hotspot of Silent Valley in Palakkad.

The article evoked a substantial public response and it ignited the formation of India’s first successful people’s environmental movement against a powerful dam lobby.

The movement against the Silent Valley project created national headlines as the first environmental initiative in the country. It achieved its aim by compelling then Prime Minister, Indira Gandhi, to scrap the project forever.

Prasad remained at the forefront of all the environmental agitations witnessed by the state in subsequent years.

He also played a significant role in the fight against the controversial Athirappally Hydro-Electric Project on the Chalakudy river, with an installed capacity of 163 MW. The projected implementation has remained suspended as a result of the intense agitations.

When Down To Earth approached him for an interview in 2019, Prasad said:

I heard about Silent Valley for the first time in 1972 when newspapers carried articles announcing the Kerala government’s plan to build the controversial hydroelectric power project there. On my subsequent visit to the forests with a few experts, I found that the dam construction would spell a huge environmental disaster. We found the forests to be impenetrable and largely undisturbed. If that dam was permitted, the environmental casualty might have been immense.

“The movement has deeply influenced the developmental and environmental priorities of the state over the years. It is challenging in Kerala even now to push forward environmentally unfriendly measures,” Prasad said.

He travelled across the state and instilled environmental education among school students and local library movements. He was a guardian angel for tropical rainforests in the whole of South India.

During his long association with KSSP, he evolved the concept of an independent research and development organisation in the state.

He established the now-prestigious Integrated Rural Technology Centre at Mundur in Palakkad district. He was its director for three years, overseeing the institute’s different innovations in non-conventional energy and making them accessible to rural households.

Prasad strongly believed that it should be the duty of environmentalists who oppose hydroelectric projects and atomic reactors to propose alternative energy sources to meet people’s electricity needs.

He always prompted KSSP to engage in studies and promote projects that can enhance the livelihood options of the oppressed.

Known for his hard work and dedication, Prasad was a member of the United Nations’ Millennium Ecosystem Assessment Board throughout its five-year-long tenure.

Prasad was also a life member and active participant in the World Wide Fund for Nature (WWF) and the International Union for Conservation of Nature (IUCN).

He chaired the Programme Advisory Committee of M S Swaminathan Research Foundation’s (MSSRF) AgroBiodiversity Centre for an extended period at Kalpetta in Wayanad.

He was also a member of the Centre for Environment Education (CEE)’s governing council and the Kerala State Biodiversity Board.

He wrote numerous books and monographs in Malayalam on critical environmental issues and popular science. He also co-authored a techno-economic and socio-political assessment of the Silent Valley Project in 1979.

Prasad was always proud of his role in the Silent Valley movement, inspiring the Tehri and Narmada movements against mega-dam projects.

“India needs environmental literacy. Now, powerful dam lobbies are finding acceptance through campaigns in social media. Even our normal political discourses lack objectivity and authenticity these days. Power politics is dominating the real politics of people. Issue-based political discourses based on merit are not happening. So, vested interests are using social media platforms to push their agenda,” he said in the 2019 interview with DTE.

Prasad said his biggest failure was not being able to convince at least a few political leaders in his home state about the need for conservation and environmental protection while pushing for large infrastructure projects.

“Right from the days he initiated the Silent valley movement and raised environmental consciousness, Prasad took not even a single moment of rest and was active till getting admitted to the ventilator on issues concerning Kerala’s sustained future,” Sreedhar Radhakrishnan, coordinator of Kerala Paristhithi Aikyavedi, an umbrella organisation of environmental groups in the state, said.

“We lost a dedicated fighter who used all his energy to evolve a new consciousness for land, water and air. We are indebted in many ways to him for the leadership he provided to conservation movements at the national level,” he added.